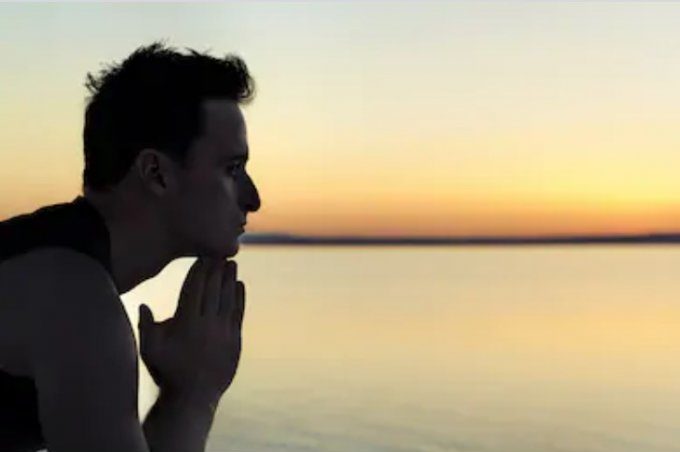 The INTP personality type is characterized by fierce independence and a concern for autonomy in both thought and methods. Your quintessential “free thinkers,” INTPs place great faith in their own logic and reasoning. Indeed, there are few thoughts INTPs aren’t willing to at least entertain, regardless of how bizarre or subversive such thoughts may seem to others.

While other personality types tend to see the world through a lens of cultural norms and categories, INTPs are known to shirk outside views in favor of seeing and evaluating things for themselves. This non-conformist streak contributes to their knack for creative thought and innovation, be it in technology, philosophy, or other fields. It also fuels their individualism as well as their attraction to various counter-cultural attitudes and lifestyles.

A Brief History of the INTP

It has now been over a century since Carl Jung first proffered the notion of the Introverted Thinking type. Building on Jung’s work, Myers and Briggs soon developed the MBTI®, which included an expansion of Jung’s original eight types to 16; there were now two categories of Introverted Thinker—INTP and ISTP.

According to type theory, each of the 16 personality types uses four functions: dominant, auxiliary, tertiary, and inferior. INTPs and ISTPs employ the same dominant function, Introverted Thinking (Ti), as well as inferior function, Extraverted Feeling (Fe), but differ with respect to their auxiliary and tertiary functions.

As elaborated in our in-depth INTP profile, INTPs’ employ Extraverted Intuition (Ne) as their auxiliary function, which contributes to their need for creativity, their interest in exploring ideas and concepts, their penchant for thinking holistically / contextually, and their openness to unconventional perspectives and lifestyles. ISTPs, by contrast, utilize Extraverted Sensing (Se) as their auxiliary function, fostering a greater interest in sensory and kinesthetic types of experiences. While both of these types excel in the use of situational logic (Ti), INTPs are typically more conceptual, philosophical, and open to unconventional paths than ISTPs.

Fast-forward to 2014, a website called 16 Personalities introduced another variable into the personality equation—the assertive (A) vs. turbulent (T) dichotomy. In this post, I will offer my thoughts and observations on the INTP-T vs. INTP-A personality type, as well as INTPs’ ongoing quest for truth and meaning.

According to psychology researcher Colin DeYoung, assertiveness comprises one of two “meta-traits” (the other being enthusiasm) of the Big Five personality domain, extraversion. It might be tempting to conclude, therefore, that appending the assertive label to the Myers-Briggs types, which already include the introvert-extravert distinction, is superfluous. However, because Jung and Myers-Briggs defined extraversion somewhat differently than the Big Five does, it is possible, to a certain extent, be both assertive and a Myers-Briggs introvert.

In my post on the ENTP-A vs. ENTP-T personality type I described assertiveness as:

Having a strong personality, being proactive, and avidly pursuing one’s interests or ambitions; some have characterized assertive individuals as “go-getters.” On an interpersonal level, assertiveness entails having the courage and confidence to express one’s views and to take the lead when necessary.

Conceived in this way, it is easier to see how some INTPs might be rightly described as assertive. Indeed, a number of INTPs, such as Albert Einstein and Bill Gates, have been tenacious in pursuing their interests and achieving their goals. Because assertiveness is in many respects a precursor to fame or worldly success, most well-known INTPs probably had an ample dose of it.

Just as assertiveness correlates with Big Five extraversion, it appears that those at 16 Personalities linked their concept of turbulence with another Big Five domain—neuroticism. Thus, INTPs scoring high in turbulence / neuroticism (i.e., INTP-T types) are apt to be more anxious, depressed, moody, self-conscious or emotionally volatile than their INTP-A counterparts.

While I wouldn’t consider turbulence the best choice for a conceptual opposite of assertiveness, one can nevertheless see how these two concepts might be inversely correlated. If an individual is depressed, for instance, he is less likely to function as a self-starter or go-getter; if anxious or self-conscious, he is less apt to be socially assertive. We can also imagine how an INTP-T might struggle more with follow-through than the INTP-A type, perhaps lacking the resilience to persist or perform well under stressful conditions. Others might therefore see the INTP-T as more fickle, unreliable, or short on staying power.

That said, we can expect some measure of turbulence from any perceiving (P) type. After all, it’s always a challenge for P types to follow through once their initial sense of enthusiasm has worn off. As discussed in my post, How INTP, ENTP, INFP & ENFP Types Deal with Doubt and Indecision, chronic doubt and uncertainty may also contribute to lower levels of persistence.

The INTP Quest for Truth & Meaning

For most personality types, experiencing life as meaningful is almost a given, with meaning being derived from myriad sources—work, family, religion, etc. For INTPs, however, an enduring sense of meaning can be harder to come by, making them more susceptible to chronic cynicism or nihilism. Because the INTP-A tends to be more focused on pursuing their goals, they may be more insulated (at least early in life) from existential concerns about truth and meaning. The INTP-T type seems more apt to wrestle with these matters, as they work to clarify who they are, what they believe, and what they should do with their lives.

As discussed in my INTP book, INTPs’ struggle for truth and meaning stems, at least in part, from their proclivity for philosophical doubt—the sense that there is little that can be known with absolute certainty. It’s not they don’t want believe in something. Indeed, many INTPs devote much of their lives to seeking a bulletproof source of truth and meaning. But despite their good intentions, their probing mind can usually manage to find some sort of hole in nearly any theory or belief system. So when it comes to finding a consistently meaningful life philosophy or worldview, INTPs can be their own worst enemies.

There is, however, one realm in which INTPs do seem to consistently find meaning—in the company of their own minds. Many will therefore conclude that the solution to their meaning problem entails getting a better grasp on who they are, what truly interests and motivates them, and how they can craft a life and career around those interests.