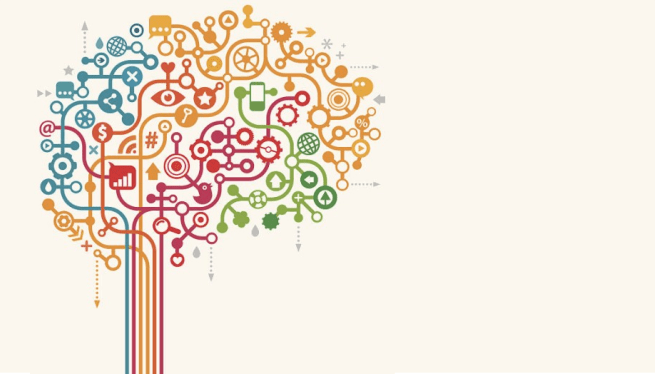 While there are always exceptions to the rule, research consistently demonstrates that Introverts are, in general, more anxious than Extraverts. It appears that Introverts’ nervous systems are in many respects tuned differently. Not only are they more sensitive to potential threats, but exhibit stronger physiological stress responses that are harder to ignore and take longer to dissipate.

Although many people are aware of Introverts’ sensitivity, rarely do we stop to consider why they’re more anxious or the potential advantages it confers. From an evolutionary perspective, the answer seems fairly straightforward. Namely, there were many scenarios in which being afraid and exercising caution paid off, where “flight” was better than “fight.” By contrast, Extraverts, as characteristically less anxious (or perhaps less attuned to their anxiety), were more inclined to fight.

These fight versus flight personality propensities are even manifested in physique. As discussed in our post, Face Thyself: How Your Body Reveals Your Personality Type, Introverts (especially Intuitive ones) are generally disposed toward ectomorphy (more linear, lanky builds), and Extraverts (especially Sensing ones) toward mesomorphy (more muscular builds). Of course, it’s hard to say which is causative. Did Introverts become more anxious because they’re physically weaker and thus less capable of self-defense, or were large muscles simply unnecessary energy burners for individuals disposed to cautious, flight-oriented behavior? Either way, preserving two distinct threat responses (i.e., fight and flight), with different personality types specializing in each, was apparently advantageous for the survival and perpetuation of our species. Even if the Extraverted warriors faltered, the Introverts sheltering in the cave would nonetheless survive.

In modern society, the advantages of heightened anxiety may seem less obvious. Anxiety generally contributes to risk-aversion and cautious behavior. For most Introverts, this caution extends across multiple domains—physical, financial, social, etc.—leaving them less likely to endanger themselves (and others) through rash or risky actions.

If you’re an Introvert with moderate to high levels of anxiety, chances are you’ve “played it safe” most of your life. And there’s nothing wrong with that. As we’ve seen, it’s a time-tested survival strategy, one used by a significant chunk of the population, not only in humans but throughout the animal kingdom.

Part of playing it safe is preparing and planning for the worst. If we’re worried about someone breaking into our house or compromising our personal data, we identify and implement safety measures that help us feel more secure. In formulating and implementing security-oriented plans and strategies, anxious individuals may exhibit heightened levels of Big Five Conscientiousness, which correlates moderately well with Myers-Briggs Judging (J).

What is Big Five Conscientiousness?

Research also suggests that Obsessive-Compulsive Disorder (OCD) may be an extreme version of Conscientiousness and the DSM has historically classified OCD an anxiety disorder. This highlights important connections between anxiety and Conscientiousness (e.g., planning and implementing safety measures), and if we extrapolate, between Introversion (which we’ve seen is related to anxiety) and Judging (which correlates with Conscientiousness).

Granted, Judgers usually don’t wear their anxiety on their sleeves, as Conscientiousness conveys a sense of orderliness, competence, and “having everything under control.” But one study entitled, “It Depends How You Look at It: On the Relationship Between Neuroticism and Conscientiousness,” found that personality factors can look quite different when perceived from within versus without. In particular, they found that when individuals experienced anxiety and negative feelings, they tended to engage in Conscientious behaviors.

In many regards, these connections square with common perceptions of Introverts and Extraverts. Namely, when we think about Introverts, we often envision them as more careful, finicky, and concerned with knowing what’s happening in advance. In other words, their anxieties contribute to Conscientious attitudes and behavior. By contrast, Extraverts are commonly perceived as more flexible and capable of “going with the flow.” From this we might say that people tend to associate Extraversion more with Perceiving (P) behaviors, and Introversion with more Conscientious / Judging behaviors. This is borne out in the MBTI Manual data (2003), which indicates a significantly higher number of IJ versus IP types, especially among females (29% IJ females vs. 19% IPs). However, this appears mostly true of Sensing (S) types, suggesting a clustering tendency of the I, S, and J preferences (and when corrected for the higher prevalence of sensing types, the E, N, and P preferences). Considering that ISJs account for roughly half of all Introverts, when the average person conceives of an Introvert, she may well imagine someone resembling an ISJ type.

So what do these preference clusters mean? It can be helpful to associate the I, S, and J preferences with “Stability” (i.e., a concern for caution, safety, consistency), and E, N, and P with “Exploration” (i.e., exploring novel / unfamiliar ideas, information, and experiences). In light of the overarching behavioral objectives of these preference clusters, one might argue that ISJs and ENPs are the closest thing we have to “pure types.” If we situate these clusters at opposite ends of the personality spectrum, other personality types would fall somewhere in between:

Individuals who don’t readily identify as an ISJ or an ENP type may find it harder to find a type they consistently identify with. If one our preferences deviates from these clusters, we can experience more self-conflict and type confusion since we can’t fully identify with either the Stability or Exploration poles. For example, non-ISJ Introverts commonly struggle to identify their J-P preference. This is partly due to the difficulty of knowing whether their “be prepared” mindset is related to anxiety and Introversion versus the Judging preference.

That said, there’s certainly more than one way of dealing with anxiety. While many Introverts respond with caution, planning, and Conscientiousness, others may turn to physical exercise (S), cognitive (T) strategies, social support (E, F), religion / philosophy (N), or to passive approaches like food, drugs, entertainment, or other forms of distraction (P). If we equate low Conscientiousness with Perceiving (which I’m not fully committed to doing at this point), then we’d expect IPs to employ more passive coping styles. Individuals displaying a mixture of passive and active coping strategies may have a harder time determining their J-P preference. Thus, some may turn to the Jungian functions (e.g., Ni, Ti) in hopes of further clarifying their type.

To learn more about personality typing and how to accurately identify your own type, be sure to explore our book, My True Type: Clarifying Your Personality Type, Preferences & Functions.

Face Thyself: How the Body Reveals Your Personality Type