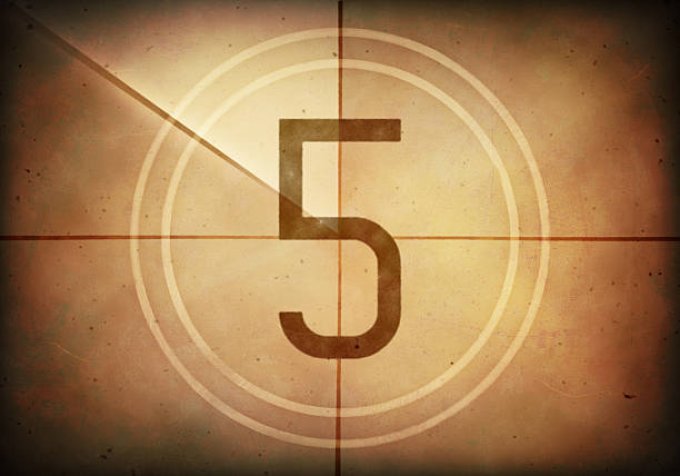 The Enneagram type 5 is often called “The Observer” or “The Investigator.” In their classic work, Personality Types, Don Riso and Russ Hudson characterize Fives as:

Overview of the Enneagram Type 5

One of the ways in which the Enneagram differs from the Myers-Briggs is its assertion that every personality type has a signature core essence or approach to life. For the Five, this entails survival by way of knowledge and self-sufficiency.

Of all the Enneagram types, Fives are the most concerned with seeing the world as it actually is, regardless of how ugly or unsettling. Nothing is taboo or off limits for Fives; any form of censorship is anathema to them. Seeing objective truth as the path to salvation, anyone or anything attempting to obfuscate the truth may be treated as an object of derision by the Five. While extraverted types such as Threes or Eights may wield more overt power or influence, Fives believe their insight into “hidden realities” and their acquisition of esoteric knowledge will comprise their saving grace.

As highlighted by Riso and Hudson, Fives are prone to “conceptualize everything before acting.” Like Fours, many feel incapable of authentic action until they have gathered enough information and clarified their understanding of things. For instance, an INTJ Five friend of mine once spent well over a year formulating and honing his business plan before he was willing to start implementing it. Intuitive introverts’ propensity to ideate rather than act is underscored in my post, Why INFPs, INTPs, INFJs, & INTJs Struggle to Act.

In working to secure their desired level of knowledge and insight, Fives come to see time as their most precious commodity. Without adequate time to research and reflect, they worry they will never find or achieve whatever it is they are meant to do. It’s therefore unsurprising that Fives are constantly aiming and scheming to carve out more time for themselves. One of their primary time-procuring strategies involves functioning as minimalists. To acquire more alone time, Fives may strip away everything and anything that extends beyond their basic survival needs. Some may even consider living out of a van in order to avoid being encumbered by rent or other expenses. As Riso and Hudson observe:

Fives become more determined to continue their projects and want to avoid any involvements or dependencies that might hinder them. They begin to “cut back” on creature comforts, activities, and relationships. Anything that might compromise their independence and their freedom to continue with their interests becomes expendable.

In light of their insatiable appetite for time, knowledge, and self-sufficiency, Fives’ essential vice, according to the Enneagram tradition, is avarice or greed. Consequently, Fives’ intimates may at times consider them selfish or neglectful, incapable of turning their attention away from their own pursuits. Relationships can thus be a source of great tension for the Five. Some may even decide that romantic involvement is not worth their trouble. As I observed in my book, The INTP: Personality, Careers, Relationships & the Quest for Truth & Meaning:

INTPs can easily get swept up in their thinking pursuits and completely lose contact with their feelings toward their partner. They may then begin to wonder if they really love (or loved) their partner, even questioning whether they want the relationship at all.

With that said, living without a relationship is not always easy for Fives. This is especially true for INTPs who, due to the inferior nature of their feeling function (Fe), may worry that they will become too imbalanced, isolated, or depressed without a relationship. The INTP will therefore do what is necessary to keep his partnership afloat, while simultaneously working to secure as much time to himself as possible.

As discussed in our post, Myers-Briggs / MBTI-Enneagram Correlations, INTP and INTJ are the most common MBTI types among Enneagram Fives. Since so many Five traits are attributable to introversion (I), thinking (T), and to some extent, intuition (N), it’s hard to imagine an INTP or INTJ not identifying with many of the Five’s characteristics. In many respects, the Enneagram 5 is well viewed as a sort of INTJ-INTP hybrid. That being said, the Five’s “wings” (i.e., 4 or 6) do a fair job of differentiating the INTP 5 and the INTJ 5. Generally speaking, INTJs are more apt to have a 6 wing (i.e., 5w6) and INTPs a 4 wing (i.e., 5w4).

The 5w4 is the more subjective Five subtype. Like the Enneagram type 4, 5w4s are driven to understand their own personality, routinely exploring their identity and life’s purpose. They are also more idiosyncratic and individualistic in their investigative methods, in many ways operating more like artists than scientists. Their explorations are informed, and to some extent driven, by their need for personal meaning and authenticity.

5w6s, by contrast, are more objective and systematic in their work, content to leave the self and its preferences out of the equation. Since INTJs use Extraverted Thinking (Te)—the most impersonal and objective of all the functions—they are more apt to identify with the approach and methods of the 5w6 than INTPs are. Sixes are known in part for their loyalty to certain conventions or authorities. For INTJs, this is evidenced in their devotion to the methods and findings of science. By contrast, the freewheeling INTP 5w4 is more likely to function as a critic of science or devil’s advocate, invoking epistemological arguments to cast doubt on the foundations or presuppositions of a theory. Of course, there are always exceptions to these trends. Jean-Paul Sartre is a famous example of a 5w4 INTJ and Bill Gates a 5w6 INTP.

As introverted intuitive types, the INFJ and INFP may also identify with certain elements of the Enneagram 5. In concert with the Five, many INFJs and INFPs have original and unconventional minds. They use their introversion and intuition to look beyond or beneath appearances in order to uncover deeper truths or insights. The singer-songwriter Tori Amos aptly exemplifies the penetrating, taboo-challenging spirit of the Five. The INFJ philosopher, Arthur Schopenhauer, was another likely Five. John Lennon (INFP), according to Riso, was a 5w4 (although he may have been a 4w5).

INFP bohemians, for instance, will surely identify with the Five’s penchant for minimalism, content to live as wanderers or starving artists until they “find themselves.” Such INFPs can also be self-consumed and highly protective of their alone time in a Five-like fashion.

Like their INTJ counterparts, the INFJ is well deserving of the Observer moniker. INFJs are extremely perceptive and concerned with understanding the world, especially people and human nature, in an objective fashion. That said, INFJs are the least likely of the four IN types to function as minimalists, be it emotionally or materially. They prefer to outwardly express and talk through their emotional concerns with others, making them a strong interpersonal type. Moreover, many INFJs have high taste, making a minimalist lifestyle a harder pill for them to swallow.

In the end, it is largely thinking-feeling differences that distinguish Fours and Fives. Because thinking types are more emotionally detached, they are more likely to self-identify as Fives, with the inverse being true of Fours. But as we’ve seen, there are a number of similarities and points of overlap between the INT and INF types. Among other things, all intuitive introverts (at least those who are Fours or Fives) are inclined to disidentify with their surrounding culture, especially when it is marked by an Extraverted Sensing mindset (as seen, e.g., in the U.S.). Moreover, because of their unconventional or idiosyncratic perspectives, both INTs and INFs can feel like misfits or outsiders.

Intuitive introverts who type as other Enneagram types (e.g., Nines) may seem or feel a bit more “normal,” as well as less inclined to scrutinize or rail against the status quo. Nines, for instance, are depicted by Riso as shying away from uncomfortable ideas so as to preserve their sense of inner peace. Fours and Fives, by contrast, are concerned with maintaining a certain level of inner intensity; Fours seek intensity of feeling and Fives intensity of thought. While Nines are in many respects content to float through life, Fours and Fives are more demanding. Not only do they need to be mentally or emotionally engaged, but to feel as though they are moving toward something, advancing in their understanding of the world or their life’s purpose.