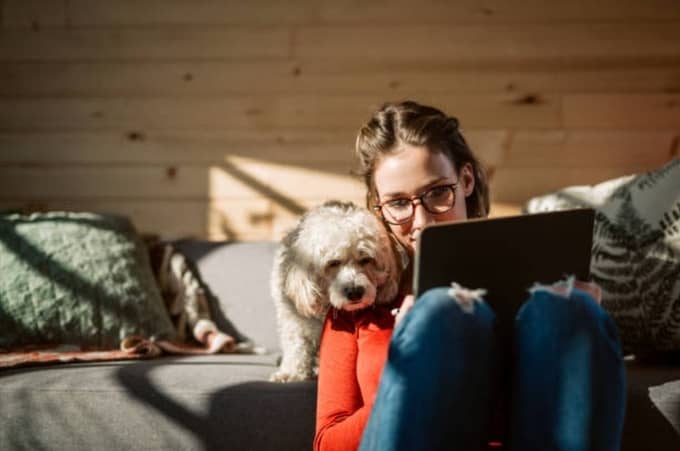 There are at least two ways of analyzing the Myers-Briggs / MBTI personality types. The first is the preferences approach, which involves exploring type dichotomies such as Introversion (I) vs. Extraversion (E), Sensing (S) vs. Intuition (N), and so on. Another option—the functions approach—compares types with respect to their cognitive functions (e.g., Introverted Feeling). In this post, we’ll draw on both of these approaches to elucidate key similarities and differences between the INFP and ISFP personality types.

As is true with all type comparisons, there will always be points of exception within the general portraits we call “types.” For this reason, I typically advise readers to appreciate and think in terms of the overall image or gestalt of each type rather than dwelling on discrepant details.

While my approach to type descriptions is informed by decades of personal experience with these types, it’s also shaped by the observations of my typology forebearers—e.g., Carl Jung, David Keirsey, and Lenore Thomson—as well by type theory, which helps us conceptualize the preferences, functions, and function stacks that give rise to each type.

So without any further ado, let’s dive in!

INFPs and ISFPs (collectively, “IFPs”) share three of four Myers-Briggs preferences—Introversion (I), Feeling (F) and Perceiving (P)—which account for many of their overlaps.

Especially in unfamiliar company, IFPs are typically rather reserved and happy to remain in the background. Neither type particularly relishes small talk or social conventions, instead preferring the company of close friends or family, where more intimate and authentic engagement can be enjoyed. IFP females, in particular, are typically demure in public spaces, although many are more assertive once behind closed doors.

In concert with the Enneagram 9 type, IFPs are inclined toward conflict avoidance. According to the Enneagram, this stems from a desire to maintain inner peace and equanimity. This disposes IFPs to withhold their opinion (especially publicly) and steer clear of people / problems they fear will disturb their tranquil inner waters. Some (though certainly not all) may also exhibit a sort of naïve optimism (as seen, for instance, in “The Innocent” archetype), which offers an added defense against disquieting feelings. It may also augment their already substantial capacity to appreciate life’s simple pleasures, particularly nature, children, and animals. IFPs are lovers of nature and animals to the core, and most will count motherhood among their highest priorities and greatest joys. In the same way that ITP business owners get fully engrossed in their work, IFP mothers invest deeply in all aspects of their children’s lives.

As indicated by their type acronyms, INFPs and ISFPs part ways when it comes to Intuition (N) and Sensing (S). But this doesn’t change the fact that IFPs’ possess similar signature strengths care of their dominant function—Introverted Feeling (Fi). Indeed, this realization led Carl Jung, the founding father of psychological types, to downplay IFP differences since, in his view, the dominant function captured the essential nature of a type.

Another notable type theorist, David Keirsey, saw S-N differences as more consequential. According to his type schema, S types are characteristically concrete and N types abstract, a difference which can’t be readily glossed over. I don’t disagree with Keirsey that S-N differences are critical, thus necessitating the ISFP-INFP distinction. But I also sympathize with Jung’s view of the dominant function being the most prominent and telling feature of a type. This is especially true for IFPs who’ve yet to develop their auxiliary function, which can make identification of their S-N preference more challenging.

Those looking for an overview of S-N differences are encouraged to peruse my post on Intuition (N) vs. Sensing (S). For more extensive background and analysis, check out my book, My True Type. Here, we will reserve further commentary on S-N differences for our discussion of the functions, to which we will now turn.

As we’ve seen, INFPs and ISFPs both employ the same dominant function, Introverted Feeling (Fi), which gives rise to their myriad similarities. Fi engenders a deep concern for individuality and authenticity, as well as a robust empathy for children, the underserved, the disabled, etc. From the perspective of Fi, we are all fundamentally unique and valuable in our own way, making nourishment of and respect for individual differences of utmost importance. This stands in contrast with the extraverted version of Feeling (Fe), most notably seen in FJ types, where emphasis is assigned to shared rather than individual goals and values.

According to type theory, Fi is always paired with its opposite, Extraverted Thinking (Te), which serves as IFPs’ inferior function. If Introverted Thinking (Ti) represents an individual’s tacit logic, Te can be conceived as collective and explicit logic. Examples include codified laws, the scientific method, and standardized procedures of any sort.

The influence of Te can compel IFPs to seek career or academic credentials, to venerate math or science (and for many INFPs, science fiction), and to better organize their lives and work. While few INFPs fully accomplish the latter, I’ve known many ISFPs who are quite tidy and organized, for whom “everything has its place.” They may enlist any number of tools—spreadsheets, calendars, closet organizers, to-do lists, etc.—to impart a sense of order and Te competence in their lives.

The remaining two functions, occupying the auxiliary and tertiary positions, is where INFPs and ISFPs part ways. Indeed, it’s these functions that make them distinct types:

Because these functions fall in the middle of their function stacks, their strength and influence may be less obvious compared to types for whom they are dominant. So even though INFPs are more abstract (N) than ISFPs, for instance, both types are typically less abstract than INFJs, for whom Intuition is dominant. Indeed, it’s not unusual for IFPs to show a reasonable balance between the auxiliary and tertiary functions, with both types displaying a mixture of abstract and concrete interests. They differ when it comes to the particular manifestations of N and S, however, which we’ll now discuss.

As Ne-Si types, INFPs tend toward bohemianism. Being an introverted function, Si is prone to material minimalism, finding contentment with rather basic provisions. This is reinforced by INFPs’ Extraverted Intuition (Ne), which prioritizes ideas and the imagination over status and material goods. The most voracious readers of all types, young INFPs often grow up reading fiction or poetry, which serves to feed and expand their burgeoning imaginations.

ISFPs, by contrast, use an extraverted form of Sensing (Se), and thus have greater appetite for novelty and in many cases, status, when it comes to their material existence. This, in combination with Fi’s penchant for personalization, can give rise to rather refined and sophisticated tastes. In this respect, ISFPs can seem more similar to INFJs (who also use Se and Ni, only in a different order) than to INFPs. Especially if raised in affluence, ISFPs may exhibit a taste for finery in many aspects of life. Even those with less ambitious taste tend to appreciate “nice things” and show greater concern for possessions or status than the average INFP. It’s not unusual to see ISFPs pairing with wealthy or otherwise successful extraverts. INFPs are drawn to extraverts as well, but they tend to place more weight on N compatibility (e.g., “Have you read Dickens?”).

Si-Se differences also manifest in IFPs’ stylistic and aesthetic choices. INFPs, for instance, are typically happy to go au naturel rather than adorn themselves with make-up and pricey jewelry—another example of their Si minimalism. This is particularly evident in Se cultures like the U.S. (in contrast to say, France) where generous application of cosmetics (not to mention cosmetic surgery) is commonplace. As Se users, ISFPs are more attuned and responsive to conventional beauty standards and customs. They’re also less innately repelled by the idea of beauty enhancers than INFPs seem to be. That said, because ISFPs’ Se is auxiliary and overseen by Fi, their overall aesthetic is almost always tasteful—attractive but not overdone.

Orchestrated by Fi, in combination with their respective S functions, INFPs and ISFPs both have their own sense of style. INFPs may appreciate being perceived as stylistically “different,” paying homage to the creative, whimsical, and/or subversive nature of their Fi-Ne functions. Insofar as Fi sees everyone as unique, ISFPs may also like the idea of being different even if their style, however tasteful, ends up looking more conventional.

Artistically, INFPs prioritize ideation and imagination, while ISFPs may place relatively more emphasis on performance or technique. In the 2021 season of the television vocal competition, The Voice, one of the judges—singer Arianna Grande (ISFP), herself a vocal maestro—can be seen frequently remarking on singers’ emotional authenticity (Fi), on the one hand, and their vocal technique (Se-Te) on the other. Another judge, John Legend (INFP), also consistently comments on Fi elements, but is willing to overlook certain technical shortcomings if he perceives a strong element of soulfulness or originality (Ne), commonly seen in singer – songwriters (in many cases, NFP types). INFP artist Ed Sheeran also debuts on the show and mirrors Legend in this respect. Talent level notwithstanding, the judges naturally gravitate to contestants who embody the values and preferences of their own personality type.

Of course, not all IFPs fancy themselves artists or performers, particularly those who are Enneagram Nines. In lieu of the arts, many take up work in the helping professions—be it as nurses, social workers, therapists, teachers, etc. In such fields, the two types can seem quite similar, conscientiously furnishing help and care (Fi) within a circumscribed framework of professional guidelines (Te). INFPs (especially INFP males) can occasionally seem restless or unreliable in such contexts, but both types are generally content and competent in their work as helpers.

While INFPs, as Intuitives, are somewhat more abstract than their Sensing counterparts, both types like to learn through experience. As P types, neither is opposed to trialing new experiences or life experiments on a whim. That said, INFPs are characteristically more experimental and open to new experiences, often poised to travel “off the beaten path,” even embracing what others might consider a nomadic lifestyle. That said, most eventually settle into a more stable living arrangement, especially once children enter the picture. Unless money is ample, their explorations also become more localized, marked by frequent visits to nearby art museums, farmers markets, state parks, and the like.

It’s easy to characterize INFPs as bohemian artists or wanderers. And for many, this characterization is surprisingly accurate, especially in early adulthood. But on its own, it fails to capture a large swath of INFPs who find comfort and contentment with family life and helping others. This brand of INFP can be harder to distinguish from ISFPs who’ve chosen a similar path.

Perhaps the most suitable archetype for ISFPs (especially those who are females) is that of Mother, or more broadly—Caregiver. But this doesn’t hold in all cases and characterizes some INFPs as well. This lends support to Jung’s view regarding the potency of the dominant function in generating similar values, interests, and orientations.

Due to the limited biological window afforded for childbearing, many IFPs will put their personal development on the backburner until midlife, where greater differentiation of their N and S functions, along with further Te development, becomes more feasible. Nevertheless, given adequate knowledge of Ne-Si and Se-Ni differences, distinguishing these two personality types is typically achievable earlier in life, even in childhood, despite their many similarities.

To learn more about INFPs and ISFPs—including their traits, preferences, functions, and paths to growth—be sure to explore our eBooks: