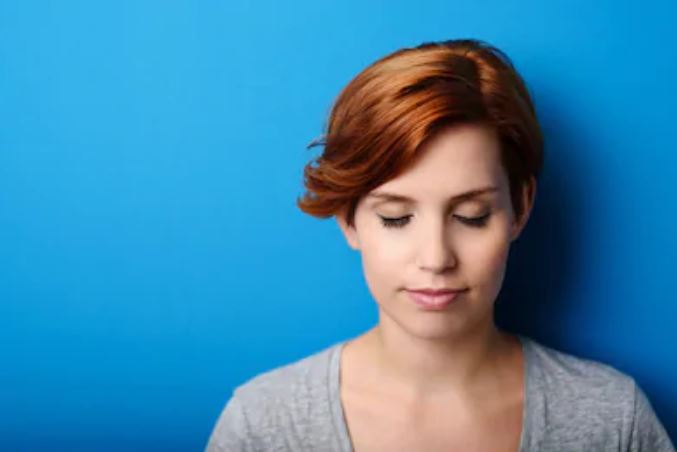 In his 1913 classic, Psychological Types, Carl Jung proposed eight functions that helped explain the cognitive dispositions and attitudes of the personality types. One of these functions—Introverted Intuition (Ni)—is to this day rather poorly understood, contributing to theoretical inconsistencies as well as type confusion.

In this post, we will examine some competing views of Ni. In particular, we will consider whether Ni is better viewed as convergent vs. divergent in its workings, as there is ample disagreement and theoretical consequence surrounding this issue.

In a spirit of good faith, I’ll start by disclaiming that I’m inclined to see Ni as predominantly convergent in nature and prone to ideational consistency over time. This view is rooted in my knowledge of and interactions with INJ types, as well as my concern for establishing a logical and coherent theoretical framework for understanding the functions and the types.

I have long appreciated the approach put forth by Lenore Thomson in her book, Personality Type, where she classifies Ni, Si, Te, and Fe as left-brained functions and Ne, Se, Ti and Fi as “right-brained” functions. This allows us to tie our understanding of the functions to extant neuroscientific knowledge regarding the two brain hemispheres. Namely, the dominant and auxiliary functions of J types (i.e., Ni, Si, Te, Fe) can be roughly associated with the focus, structure, and consistency of the left hemisphere, whereas the main functions of P types (Ne, Se, Ti, Fi) are more labile and less structured in their approach thanks to contributions from the right hemisphere.

Granted, we cannot realistically expect J types to be always be focused, structured and consistent due to the potential influence of the tertiary and inferior functions. So it may be useful to remember, as we proceed, that the nature of the dominant function, including that of Ni, will not always predict the overall presentation of a particular INFJ or INTJ, as INJs use additional functions and can have divergent personal histories and backgrounds. Nevertheless, when we evaluate INJs collectively—from a bird’s eye view—there are general patterns that emerge. And it is these patterns that we typologists are most concerned with.

Having now acknowledged my sympathies for Thomson’s hemispheric approach to the functions, let’s take a closer look at her thoughts on Introverted Intuition.

As we’ve seen, Thomson classifies Ni as a left-brained function. Consistent with this perspective, she associates Ni with left-brained attributes such as focus, structure, control, order and predictability:

The left brain won’t focus on many things at once. It depends on words and signs to make outward experience predictable and orderly… Left-brained types also need conceptual control over their outer world. For this reason, both ISJs and INJs have a strong investment in the structure of public information.

But just when I’m poised to praise Thomson for her theoretical accuracy and consistency, we encounter statements like this:

INJs acknowledge many conceptual standpoints. They experience no need to declare one inherently better than another.

While I don’t disagree with the first statement regarding INJs acknowledgment of various conceptual standpoints, is it really true that they experience no need to declare one viewpoint better than others?

In my experience, most INJs prefer to declare one perspective better, or at least more plausible, than the alternatives. Sure, it may take some time for Ni to incubate and manifest an answer, but once it has, INJs certainly aren’t occupying a state of conceptual relativism or indifference as Thomson seems to intimate. Her assertion also seems inconsistent with her previous remarks about INJs’ interest in structuring public information. If INJs don’t wish to identify the best ideas—to separate the ideational wheat from the chaff if you will—then why the concern for shaping public knowledge?

Perhaps what Thomson is actually getting at is the ability of intuition to think outside the box, including its knack for perspective taking, and the ostensible benefits of doing so. Namely, if intuitive types possess higher levels of cognitive flexibility and creativity, they can leverage these abilities to compensate for whatever they might lack in terms of athleticism, practical know-how, etc. However, since these capacities are more or less equally present in Extraverted Intuitive (Ne) types (i.e., “NPs”), they can hardly be considered unique features of Ni.

Unfortunately, others seemed to have followed Thomson’s lead in associating Ni with “perspectives.” Personality Hacker, for instance, has nicknamed Ni just that. The problem is that NP types are equally if not more adept at perspective taking. Hence, describing Ni in terms of perspectives is a bit misleading and fails to highlight its signature strengths.

In my book, My True Type, as well as in my post on Introverted vs. Extraverted Intuition, I enumerate what I see as hallmark Ni-Ne differences. Generally speaking, I consider Ni a convergent form of intuition which is attended by a sense of clarity / certainty about its impressions or visions. Moreover, this perceived clarity tends to persist over time for INJs, with each intuition building upon (rather than undermining or competing with) the next.

In contrast, I’ve described Ne as a more divergent form of intuition, one which generates many possibilities, often with no clear stand-out. Ne users are typically less married to a single perspective and exhibit greater volatility in their ideational alliances. Consequently, they are sometimes criticized as being fickle, indecisive, or unreliable. Again, these Ni and Ne portraits are generally compatible with what we know about the two brain hemispheres, with Ni exhibiting more left brain qualities than Ne.

One foreseeable problem with this conception is how to account for INJ artists. In response, it is important to understand that INJ artists are primarily partnering Ni with their inferior function, Extraverted Sensing (Se), rather than with their auxiliary judging function (Fe or Te). In so doing, they operate predominantly in perceiving mode. As Jung observed, “Perception is his main problem, and—in the case of the [INJ] creative artist—the shaping of his perception.” Jung went on to say, however, that “only a slight differentiation of judgment is sufficient to shift intuitive perception from the purely aesthetic into the moral sphere. A variety of this type is thus produced [read: an INJ pairing Ni with Te / Fe] which differs essentially from the aesthetic [read: an INJ pairing Ni with Se].”

The manner in which we describe and classify INJs (and potentially their functions) has much to do with which functions we see them routinely employing. Thus, if the majority of INJs seem to combine Ni with Te / Fe, we will (should?) ascribe more J / left-brained attributes to Ni. By contrast, if the majority of INJs are operating more like artists, we would likely emphasize how Ni appears when interfacing with Se, which according to Thomson, is a right-brained function. In other words, our predominant image of what constitutes a “typical” INJ will shape our view of everything else, including how we conceptualize Ni.

In my recent post on birth order and personality type, I proposed that variables like birth order can provide clues for understanding why individuals of the same personality type may be strikingly different from one another. We know, for instance, that siblings typically seek their own familial niche or role—be it academic, social, moral, athletic, etc.—and if a particular role is already taken, they will opt for a different one. Thus, an INJ, even if more intelligent than an older sibling, might opt for a different role if the “academic achiever” niche is already filled. This speaks to the importance of motives and environmental factors in personality development.

Moreover, if one has decided, wittingly or not, to embrace the artist role (or at least to view the world like an artist), then the mind will perceive things differently than it would for an aspiring scientist. Such motives, if sufficiently strong, may in some cases override or repurpose various propensities of our type, resulting in a different sort of lens and inner landscape.

That said, I would still expect to find certain similarities among INJ artists, for instance, as opposed to artists of other personality types. So even if INJ artists differ in important ways from INJ theorists or other INJ subtypes, they are all, in the end, INJs.

It’s difficult not to interconnect our understanding of the personality types with the life roles they commonly embrace. And even if it’s theoretically possible for any type to play any role, allowing too much conceptual leeway in this regard can effectively strip away much of what is valuable and interesting about personality typing in the first place, namely, the salient patterns of similarity among individuals of the same type. Indeed, if someone wishes to wholly identify as a unique individual, why bother with typology at all?

Same goes for the functions. If we are willing to grant a function an infinite number of roles, at some point, it becomes a useless and meaningless construct. This is why we should care about the veracity, consistency, and parsimony of our typological concepts, including how we understand and talk about Ni.

To learn more about the functions and personality types, be sure to explore our latest book:

Unsure if You’re an INJ or INP Type?