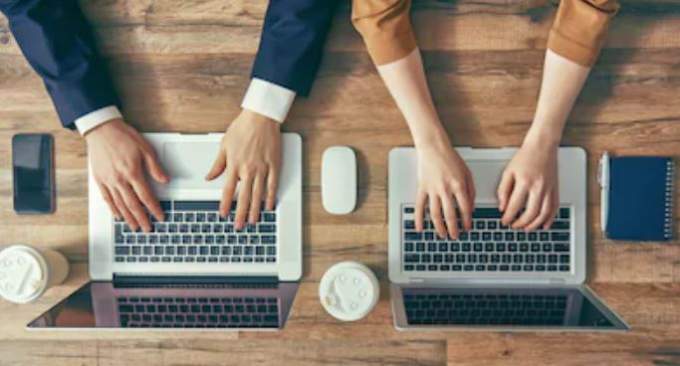 Are you excited to get out of bed in the morning? What drives you to action and excellence in your endeavors? Is this somehow related to your personality type?

Despite being a central factor in human psychology, discussions of motivation are relatively infrequent in the type community. Part of this may stem from the fact that typologists are disposed to see certain traditional psychological constructs as deficient without some sort of typological context. A typologist might argue that we all possess similar levels of motivation but are motivated in different ways and by different things in accordance with our type.

For instance, extraverts (E) and feelers (F) are often motivated to help or engage with people, while introverted (I) and thinking (T) types may prefer working independently. Hence, when viewed through a typological lens, the issue becomes less about general levels of motivation and more about type-specific factors.

Nevertheless, I think honoring traditional views of motivation is worthwhile, if only because they represent how most of us think and talk about it. So how do we, in the 21st-century West, tend to conceive of and evaluate motivation?

In ordinary parlance, motivation connotes a desire and willingness to take action. The term is derived from the Latin word motivus which literally means “to move.” A related Latin word, movere, gave rise to the English word “emote,” which means “to move out.” In sum, motivation involves a sense of being moved, of having a desire to do or accomplish something. Moreover, in order for motivation to constitute a personality trait rather than merely a transient state, we might define a motivated person as one who is characteristically moved and moving to achieve certain objectives. Motivated persons are animated by an inner element (i.e., a feeling / desire) that spawns external action.

So is it accurate to say that motivated people are “doers”? To some extent this is probably true. There are however certain activities that, even if done with passion and regularity, tend to be associated with being rather than with doing. For instance, we typically don’t think of avid readers as doers. It’s only when reading is done as a means to some practical end, such as a research project or college degree, that we start associating it with motivation.

This suggests that there is more to our view of motivation than having an inner desire that consistently translates to action. Namely, we have societal criteria for which types of action are associated with motivation. In the West, this entails actions that somehow impart value to others. Actions that are strictly introverted or private are disregarded. Introverts, in particular, will surely protest this notion that only extraverted acts are valuable and associable with motivation. But such is the bias of Western culture (and increasingly that of the East as well). Simply put, to earn the title of motivated individual, one must contribute something that, in most cases, others are willing to pay for. Wealth and status thus serve as proxies for motivation. This is reflected in the academic psychology concept, achievement motivation, which actually seems redundant in light of our Western propensity to conflate achievement and motivation.

If our culture defines motivation as good and associates it with extraverted action, both of which seem to be true, then it stands to reason that extraverts (E) would be perceived as more motivated than introverts (I). This generally appears to be the case, although examples of introverts achieving eminence in their field of interest abound.

Since sensing (S) types are disposed to concrete action (i.e., “doing”) and intuitive (N) types to abstract ideation, sensors will typically be viewed as more motivated than intuitives. However, I suspect the perceived difference here is less salient than it is for the other personality domains.

Because feeling (F) types are naturally disposed to caretaking activities, many of their daily activities (e.g., child / elder / animal care, maintaining relationships, gardening, etc.) may yield little in the way of direct financial rewards. It is therefore unfortunate that even highly motivated F types may at times go unrecognized as such. Moreover, because thinking (T) types are more inclined toward competition, they are often considered more motivated, especially in cultures that venerate and reward competitive individuals.

The relationship of the judging (J) – perceiving (P) dimension to motivation is more complicated. Generally speaking, students of type are inclined to envision and describe J types as more motivated, perhaps seeing them as more diligent, responsible, committed, and productive.

However, as discussed in my book, My True Type, this perspective fails to consider the J-P nature of a type’s dominant function. And when this is taken into account, we are obliged to view the introverted types, in particular, with greater nuance. As confusing as it may sound, the dominant function of introverted perceivers (“IP” types) is actually a judging function (i.e., Ti or Fi), while the dominant function of introverted judgers (“IJs”) is a perceiving function (i.e., Ni or Si). This opens the door to IPs exhibiting certain J characteristics and IJs displaying various P traits. Lending further support, we’ve encountered a surprising number of highly motivated IPs, as well as many IJs who are not. Unfortunately, failing to recognize these nuances can generate ample type confusion, with motivated IPs assuming they’re IJs, and vice-versa.

Since EJs are judging types and also use a dominant judging function (Te or Fe), they are, on the whole, the most reliably motivated of the types (especially ETJs, for reasons mentioned above). Where EPs, IPs and IJs rank with respect to motivation is more of a toss up. We might grant EPs one motivation point for their extraversion, IJs a point for being J types, and IPs a point for their use of a dominant judging function. Beyond that, other factors—family, culture, birth order, etc.—will play a role.

Harkening back to our earlier discussion, it is important to remember that how we define motivation hinges largely on prevailing cultural values. In the consumer-oriented West, the world revolves around consumption and production. Hence, the predominant understanding of motivation resembles that most commonly seen in ESTJs. However, for cultures that emphasize the art of living or being, types such as ENFP, INFP, or INFJ are apt to be held in high regard. Therefore, when studying any human phenomenon, it helps to consider not only psychological but also environmental precursors.

If you’re motivated to better understand your personality, life purpose, career path and more, we encourage you to explore our online course, Finding Your Path as an INFP, INTP, ENFP or ENTP:

The 5 Personality Traits of Passionate People