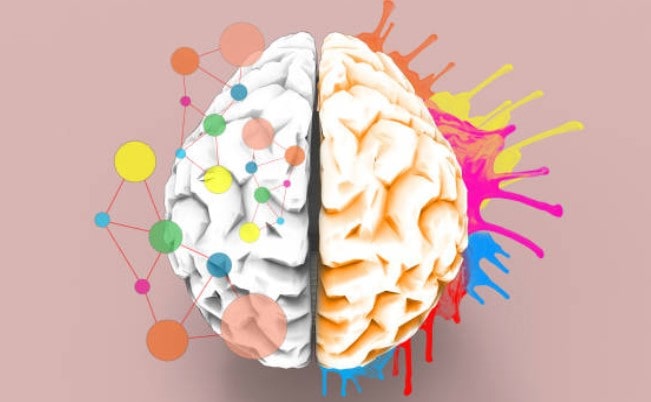 When it comes to creativity, personality matters. In fact, it matters quite a bit.

Before examining the relationship between creativity and personality, however, we need to decide what it means to be a creative person. Namely, should we solely focus on raw creativity (i.e., creative potential) or should we also incorporate creative output and accomplishment?

In this post, we will follow the current trend among creativity researchers, approaching creativity in terms of both creative potential and creative output. In other words, we will view the creative person as one who is at once naturally creative and committed to creating. While this will require us to take a more nuanced view of the relationship between personality and creativity, I nevertheless trust that it will help you better understand yourself and creative people generally.

Personality Junkie readers are likely already aware of the connection between intuition (N) and creativity. Research has long demonstrated that intuition, along with its Big Five correlate, Openness, are strong predictors of creativity. Since this fact is well established, we won’t linger on it here. Later in our discussion, however, we will make key distinctions between the introverted (Ni) and extraverted (Ne) types of intuition with respect to creativity.

You may be surprised to learn that creativity also reliably correlates with extraversion. According to the Big Five personality taxonomy, extraversion is characterized by high energy, positive affect, sociability, enthusiasm, novelty seeking, dominance, self-confidence, and assertiveness. While all of these traits are related to creativity, the contribution of sociability is mixed in that it is linked to “everyday creativity,” but less consistently to scientific and artistic creativity. So even when an sociable extravert strikes us as witty or otherwise creative, this doesn’t always give birth to creative achievement.

High energy and positive affect may be particularly advantageous for extraverts (as well as for introverts with these traits), as they are believed to play a role in inspiration. Although pop culture commonly portrays artists as melancholic or depressed, there is evidence to suggest that creativity is actually fueled by the positive affect and higher energy levels associated with inspiration.

To be clear, it’s not that introverts never exhibit the aforementioned traits associated with extraversion. It’s simply that these characteristics happen to be more common or concentrated among extraverts. In my experience, introverts often possess substantial creative potential, but many struggle to find the drive and persistence required to actualize it. At times, introverts can be their own worst enemies, allowing their doubts and criticisms to undermine their creative work before it even gets off the ground. Extraverts may error in the opposite direction, sailing through projects on a wave of inspiration but failing to apply sufficient critique or reality testing.

We typically think of creatives as being perceiving types, in part because we associate creativity with rebellious, non-conformist attitudes. And because intuitive (N) perceiving (P) types (“NPs”) extravert their intuition (Ne), they are more apt to display, perhaps even flaunt, their unconventionality. By contrast, intuitive judgers (“NJs”), who typically extravert a judging (Te or Fe), are inclined to appear more formal or conventional, even if they are inwardly non-conformists. 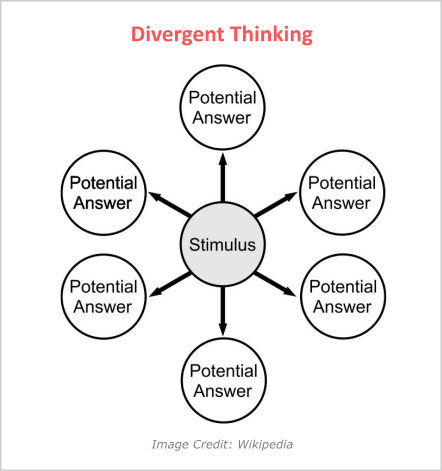 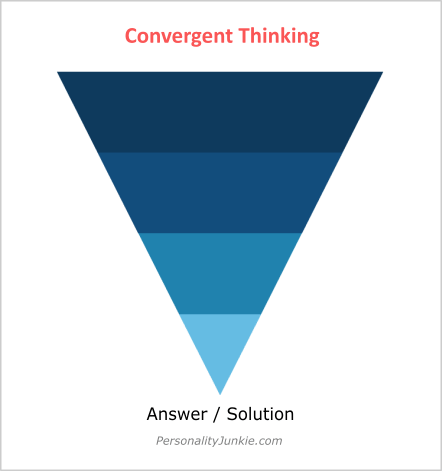 To be sure, idea generation is an important aspect of creativity. But it doesn’t give us the whole story. Having plenty of raw ideas is great, but eventually they must be critically evaluated, refined, and formalized. And this is where idea selection comes into play. Idea selection entails a narrowing or winnowing down process, which Ni seems naturally geared to do.

My counterpart Elaine Schallock has suggested that Ni excels at extracting or distilling out key themes from pools of data or ideas. An INTJ friend of mine regularly uses this sort of theme extraction in his life / business coaching practice. He asks his clients open-ended questions and then uses his Ni to identify the central themes of their responses.

A critic might argue that idea selection is more like analysis than creativity. But if we agree to define creativity more broadly, as a process that includes envisioning, refining and producing something of value, then it must involve some measure of left-brained, critical analysis. This is why the nature of Ni can seem paradoxical. Namely, we typically think of perception as being a predominantly right-brained affair. But Ni is a form of perception that funnels its intuitions through the left hemisphere, helping NJs grasp the essence of a given phenomenon. This is also why Ni perceptions and insights can look a lot like judgments.

Traits like persistence and achievement-striving are also important for ensuring that creative projects are seen through to completion. Such traits are associated with the Big Five domain—Conscientiousness—which correlates, to some extent, with Myers-Briggs judging (J).

Together, these observations offer a nuanced picture of the relationship of the J-P domain to creativity. In this light, NPs may feel most at home on the creative front end, when lots of ideas and possibilities are being floated, while NJs may prefer the later stages, where ideas are selected, honed and refined. At any rate, one can imagine how NPs and NJs might work well collaboratively, capitalizing on each other’s respective strengths.

Of course, we also know plenty of people, both NPs and NJs, who are highly creative and productive on their own. The converse is true as well, as many intuitives fail to dedicate themselves to actualizing their creative talents.

In reviewing existing research on this topic, I noticed that many researchers make a distinction between scientific and artistic creativity. Not surprisingly, studies suggest that scientists are generally more conscientious (and thus more likely to be J types) than artists. This makes sense when we consider that science is concerned with theoretical convergence and objectivity—both of which are fortes of the left brain. Artistic creativity is typically less beholden to objective reality. Instead of emphasizing what is, artists show us what could be—alternatives ways of seeing and experiencing the world. Scientists seek to bring what is unknown into the realm of the known, whereas artists often start with the known (e.g., a bowl of fruit) and put their own novel twist on it. Both art and science can thus both be viewed as a dialogue between the known and the unknown. The primary difference, as illustrated below, is the direction of workflow:

Personality type can play a role in determining which approach we enjoy more and excel at. Generally speaking, Ni users may be better equipped for convergent / scientific creativity and Ne users for divergent / artistic creativity.

The structure of a type’s function stack can also make a difference. As discussed in my book, My True Type, ENJs and INPs dominant function is a J function and their auxiliary a P function. This resembles the artistic process insofar as they start with a known (J) and move toward the unknown (P). By contrast, INJs and ENPs start with a dominant P function and then move toward convergence à la their auxiliary J function, thus mirroring the structure of the scientific process.

Of course, this fails consider the inferior function, which can be a surprisingly potent force in shaping our interests and motivations. This leads to the question of how much voice we should grant the inferior function versus the other functions, which I explore in my post, Two Paths of Type Development.

In the end, art and science aren’t as different as they’re sometimes made out to be. Both require intuition and creativity to see / imagine patterns and relationships. Moreover, we often assume that scientists are less open-minded than artists. But theory-oriented scientists, in particular, must be willing to sit with uncertainty and ambiguity for extended periods until the truth finally reveals itself. Artists, who are inclined to be more impulsive and impatient than scientists, are not as beholden to objective reality, which makes immediate gratification more readily available to them. This personality difference alone can impact whether an individual selects a scientific versus artistic path.

Learn more about the relationship between personality and creativity, as well as your self-understanding and life purpose, in our online course: Finding Your Path as an INFP, INTP, ENFP or ENTP.