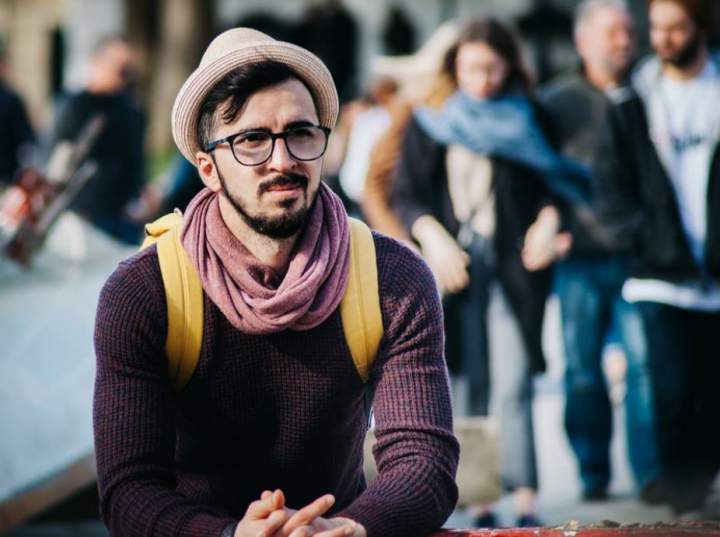 At Personality Junkie® we talk a lot about the role of the individual and his or her personal path to authenticity; admittedly, most of the blog conversation pertaining to the current cultural climate typically focuses on how, as individuals, we can maintain authenticity in spite of the world around us, not thanks (at least in part) to it.

It’s an easy trap for introverts, in particular, to fall into: assuming the consummate struggle is figuring out how to elbow our way into a seat at the table as relative outcasts and loners, all while somehow avoiding the trappings of selling-out to popular culture. That struggle is further intensified by being an intuitive type in addition to being an introvert.

We all know the stereotype: the Extraverted Sensing (Se) jock and all around cool-kid vis-à-vis the Introverted Intuitive nerd and misfit. Historically, that’s been the narrative. The origin of this phenomenon can probably be traced back to the 1950s with the rise of popular television characters a la “The Fonz” and “Potsie” on Happy Days. Culturally, Se types have held pride of place as the “cool kids” for a while now. For the last half a century or so, the collective consciousness (in America anyway) has fixated on mastering the qualities defining extraversion and sensing as the primary objective… Is it possible that this phenomenon is nothing more than a reflection of the predominant personality trait defining a generation, namely the Baby Boomers?

Assuming it’s possible to characterize an entire generation by a single typological function, I think we can fairly say that Baby Boomers are the very personification of Extraverted Sensing. As beneficiaries of fortune’s tide, riding the post-war wave of economic prosperity with their collective maxim, “More, more, more!” Baby Boomers are the originators of the “keeping up with the Jones’” mantra. Among their tribe, success looks predictably like a 40-hour workweek, 2,500 square-foot home, marriage with 2.5 kids, and a sizable 401(k) account.

This isn’t a knock on Baby Boomers, just an honest assessment of the signs defining the times by virtue of what is, in all likelihood, the predominant function among their generation. Boomer themes represent the authentic aims of a dominant Se culture, one of heterogeneous material abundance (dominant Se—aka the “what”) buttressed by a homogeneous theoretical precept (inferior Ni—aka the “how / why”).

To be clear, there are anomalies in every generation, and there are more than a few Baby Boomers that don’t necessarily subscribe to Se convention. For purposes of this article, however, we’re not terribly concerned with the anomalies, but the predominant culture defining a generation. In the case of the Baby Boomer generation, we’re referring to the ubiquity of material / financial prosperity coupled with a fairly traditional or conservative worldview.

So, it is amid the popular culture of Se values established by Baby Boomers that introverts and intuitives have taken on their me-against-the-world mentality. But (and I say this with the sort of tongue-in-cheek irony that can only emerge when a generation realizes with chagrin the pertinent wisdom of it’s own once proud anthem), “The times they are a-changin’…”

Enter Millennials; somehow, while the misfits and outcasts were busy trying to find their place in the world a curious thing happened: their own kind rose up and became “the world” – perhaps without even realizing it. One UK blog article features a comprehensive list of Millennial characteristics: conscious (economical and environmental), global, entrepreneurial, flexible, progressive, transparent, authentic, diverse, multi-taskers, nomadic, adventurous, impatient…to name a few. In other words, there’s a new “cool kid” in town and it looks a lot like an NP type.

NP types (i.e., INFP, INTP, ENFP, ENTP), who utilize Extraverted Intuition (Ne) as either their dominant or secondary function, are marked by an openness of thought, acceptance of diversity and plurality, flexibility and spontaneity, consciousness and idealism, and a curiosity of spirit for non-traditional ways of doing things. Inferior Introverted Sensing (Si) influences are present as well: pragmatic idealism, frugality and finding ways to be creative with limited resources are trademark characteristics of Millennials.

Millennials have embraced the idea of quality (N) over quantity (S), creativity (N) over conformity (S), spirituality (N) over religion (S), experiences (N) over possessions (S), and a job or career that is as much about mission (N) as money (S). Consistent with the Ne credo is an acceptance of a plurality of lifestyles, sexual orientations, races, creeds, and careers. In addition, personal style, originality and individuality are valued above conventionality. It’s no longer cool to be like every other “wannabe” out there.

Acceptance and appreciation for the unique facets of each individual experience arguably combines Ne with Introverted Feeling (Fi), meaning the prototypical Millennial would probably be an ENFP. It is within this emerging zeitgeist that intuitive types and even introverts may discover compassionate interest and appreciation that was lost on previous generations.

So do we shape the times or do the times shape us? Ultimately, that’s a ring I’m not interested in tossing my proverbial hat into—I think there’s a case to support both.

Insofar as every generation is, in some way, a reaction to the generation that precedes it, there is some measure of predictability to the turning tide of history unfolding before us. After a half-century of relatively unfettered consumerism (i.e. rampant Se)—a lack of collective consciousness about which was arguably responsible for the major economic collapse that occurred just as Millennials were coming of age—a sea-change was/is due. In a manner of only a decade or so, Ne types have come along to, shall we say, “restore balance to the universe.”

But a word of caution to Millennials before complacency sets in: it may well be that the generation that follows finds the “anything goes” mentality and lack of long-term stability of Ne unsettling enough to sway the tide of popular opinion back toward a traditional lifestyle. Such is the way of the world and, as it goes, the psyche that reflects it. As ever, we are in a constant state of flux, striving always to find balance since, without it, abiding existence would prove impossible.

If you’re an intuitive type looking to better understand your personality, life purpose, career path and more, be sure to explore our online course, Finding Your Path as as INFP, INTP, ENFP or ENTP:

How NPs Use Ne in their Ideation & Communication