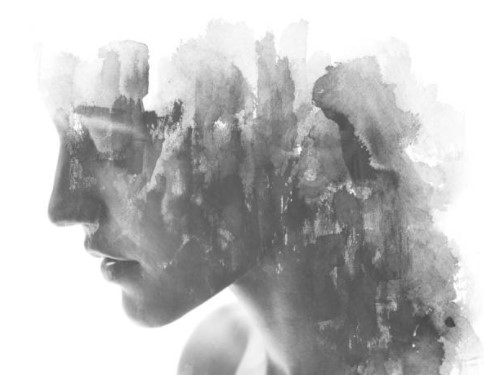 When it comes to identifying and describing the types, its customary in the Myers-Briggs community to direct the spotlight of attention to the dominant and auxiliary functions. For it’s there where we discover an individual’s strengths and preferred modes of operating.

While this approach is certainly valid and worth preserving, serious students of type must at some point come to grips with the myriad complexities of human personality, many of which may obscure or cast doubt on an individual’s underlying type. These personality “overlays” can come in a variety forms, but many stem from environmental factors like culture, upbringing, birth order, past traumas, job demands, etc.

Of course, circumstances are not the sole source of typological distraction and misunderstanding. Type confusion can also arise from inner sources, namely, from the diversity of needs and desires represented by our type’s functions. Indeed, when viewed from a functional perspective, type is not a singularity, but a plurality of needs, values, and interests.

Historically, the tertiary and inferior function have largely been glossed over when discussing the key characteristics or issues faced by the types. However, over the last couple decades or so, we’ve seen a growing interest in these “lower” functions. And to the surprise of many (myself included), closer inspection revealed the inferior to be far more potent than originally believed. This discovery was not unlike the revolution spearheaded by Freud (and Jung), who insisted that the subconscious be taken with far greater seriousness.

In many respects, studying the inferior function is an attempt to understand aspects of type that are largely unconscious. These aspects are particularly obscured to the individual herself, for whom the inferior function represents a sort of psychological “blindspot.” So it’s not uncommon for outsiders to have a more clear-eyed view of a person’s inferior function weaknesses, perceiving them more accurately and realistically than she can herself.

The inferior function is typically conceived as the polar opposite of the dominant function. Types who lead with Introverted Intuition (i.e., INFJ and INTJ), for example, are said to have Extraverted Sensing as their inferior function. There’s also a sense in which the tertiary function is “inferior,” at least with respect to its dominant and auxiliary counterparts.

A primary source of type confusion stems from the fact that we want more from life than the dominant function alone can offer us. Whether want to think of this as a quest for psychospiritual wholeness or simply as a need for novel and diverse experiences, it’s an indisputable reality of human psychology. Consequently, we’re always looking for ways to partner the dominant function with one or more of our other functions.

I’ve recently been working my way through former president Obama’s latest book, A Promised Land. There he cites a sermon delivered by Martin Luther King called “The Drum Major Instinct.” According to Obama, King’s sermon highlights the difficulty of reconciling selfish ambition with more selfless aims such as serving others. In terms of the Jungian functions, this struggle is probably best represented in terms of Introverted Thinking (Ti) versus Extraverted Feeling (Fe). Many believe Dr. King was an Extraverted Feeling (EFJ) type. So if we were to simply ignore his inferior function (Ti) and focus on how he helped (Fe) the black community, we might not expect King to have struggled with selfish ambition. But this apparently wasn’t the case for King or Obama, both of whom wrestled with Ti-Fe tensions. Obama goes on to say that he adopted King’s solution to this dilemma, which involved “striving to be first (Ti) in service (Fe), first in love.” In other words, they continued to strive for greatness and distinguishment, but did so with the aim of helping others.

Granted, we don’t all struggle with the “self versus others” dilemma, at least not to the same extent. But we do wrestle with some version of competing desires that cry out for reconciliation. In many cases, these dilemmas can be traced back to the plurality of values hailing from our type’s functions. While some of these values may be more conscious than others, there’s always a pull from the lower functions—sometimes couched in fantasies and romanticized ideals—that can’t be ignored.

So how does all this tie into personality typing?

From what I can tell, we’re typically happy to combine our dominant function with any of our other three functions. If you’re a Feeling (F) dominant type (i.e., IFP or EFJ), for instance, you probably spend ample time in activities combining F with S, N, or T. This can provide a lot of satisfaction because you’re combining a reliable strength (i.e., your dominant function) with functions that, while not as strong, feel novel and interesting. To some extent, the same might be said of the auxiliary function, which can also be relatively reliable and well developed. Although often done unwittingly, we usually keep at least one foot planted on the solid and familiar ground of one of our top functions.

Since we’re more uncertain about our tertiary and inferior function capabilities, we tend to eschew prolonged engagement in activities that emphasize our lower functions without concurrent engagement one of our top two functions. Conceived this way, we can divide the 16 types into four groups: NTs (INTJ, INTP, ENTJ, ENTP), NFs (INFJ, INFP, ENFJ, ENFP), STs (ISTJ, ISTP, ESTJ, ESTP), and SFs (ISFJ, ISFP, ESFJ, ESFP). Let’s now take a closer look at each of these.

Thinking and Intuition comprise the two functions for all NT types, so I’m suggesting that they will instinctively avoid extensive engagement in activities that are predominantly “SF” in nature and fail to incorporate N or T. This is apt to involve concrete (S) helping (F) activities—things like caregiving or service work. NTs are also notoriously disinclined toward small talk or simply “hanging out” with other people. In order for NTs to feel engaged, they need some sort of mental challenge or stimulation. SF types, and to some extent STs and NFs, are more engaged by concrete helping activities since at least one of their top functions is being utilized.

NTs’ typological opposite—the SF types—typically avoid activities requiring extensive use of abstract (N) logic (T). This includes things like upper-level mathematics and most theory-heavy subjects. Unless SF types can draw on concrete (S) examples or allow their values (F) to weigh in, SFs are apt to quickly lose interest. NTs, and to some extent NFs and STs, exhibit greater interest and endurance in utilizing abstract logic.

ST types struggle to maintain interest in activities involving the arts or humanities. Attending a play, church service, symphony, dance recital, etc.—all of which invite engagement of NF feelings and imagination—are typically low on an ST’s priority list. STs are more apt to enjoy cultural events that engage their senses, such as those involving good food or physical feats (e.g., sports). NFs, and to some extent NTs and SFs, are more likely connoisseurs of the arts and humanities.

Identifying a consistent aversion among NFs is a little more difficult, as these types are highest in Big Five Openness and thus tend to enjoy a broader swath of activities than other types. So keeping in mind that there will always be exceptions, I think it’s fair to say that NFs are generally less apt to enjoy activities requiring concrete or spatial logic, such as repairing vehicles or machines. They may also shy away from certain sports or activities that heavily rely on instinct and adrenaline rather than style and imagination. STs, and to some extent NTs and SFs, are more amenable to activities requiring concrete or kinesthetic logic.

Admittedly, the above analysis is probably too general to guide you toward a single personality type. Nevertheless, as I discuss in my book, My True Type, this sort of approach can be seen as part of a multi-pronged approach to zeroing in on your type. For instance, if you’re not sure whether you’re an INFJ or an INTJ, it may prove useful for clarifying your T-F preference.

In sum, when it comes to type discovery, it’s helpful to consider not only the activities we enjoy, but those we instinctively avoid and have little tolerance for. This can clue us into the probable nature of our tertiary and inferior functions, which can in turn help clarify our most preferred functions. This approach can also prove useful when choosing a career, as knowing what you don’t like can help you better understand the types of careers you are apt to enjoy and persist in.

Learn more about personality typing, the inferior function, and much more in our books: