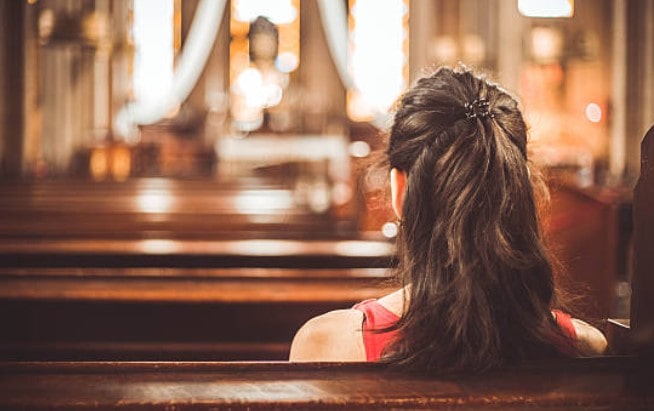 In my recent post on the inferior function, I emphasized the unhealthy attitudes and behaviors that commonly stem from our wrestling match with the inferior function. And while it is important to shine the light of awareness into such darker regions of the self, our inferior function also represents a source of psychological renewal and redemption. The fact is that the inferior not only holds the potential for evil and destruction, but also for a renewed sense of life and vitality.

Because the inferior contains the keys to a new mode of existence, one that is largely distinct from that of the dominant, it is often described and experienced as “magical.” For instance, a dominant Thinker who suddenly experiences deep feelings of love may report feeling intoxicated and enraptured, as if he’s been transported to a new and beautiful world, a world one might describe as heavenly. A dominant Feeler, on the other hand, who regularly deals in the currency of emotions, is more apt to experience heaven in the form of a deep thought or a moment of logical clarity.

Sensing types may be drawn to religion because it the food it offers for their inferior N. For Sensing types, ideas, theories, and other metaphysical notions engender feelings of magic and mystery. Since S types feel ill-equipped to produce or defend their own theories, organized religion provides them with an external source of ideas, as well as the tools for defending them. No one is more apt to be enamored with an Intuitive religious leader than an S congregant. The sheep-shepherd analogy seems apt with regard to this S-N relationship. Congregating with like-minded others also provides S types with support and encouragement for their N worldview.

Of course, S types may also enjoy religious participation for S reasons. They may appreciate the building’s aesthetics and architecture, the free coffee and donuts, the comfortable seating, or the opportunities for service. But without the power to speak to their N inferior, religious participation would merely be one option among many.

Intuitives, by contrast, are naturally equipped to manufacture and defend their own ideas and theories. Hence, it seems less pressing for them to obtain external backing for their worldview. Nonetheless, religious participation can provide other rewards to their S inferior.

ENTPs and ENFPs, whose inferior function is Introverted Sensing (Si), may be drawn to religious participation because of the sense of magic and mystery they experience with regard to the past. At some point in their development, ENPs are apt to deviate from their childhood religious roots (assuming they had any), since their dominant function, Extraverted Intuition (Ne), demands they explore alternatives. However, depending on the individual and his or her circumstances, ENPs may eventually feel compelled to return to the faith. In starting a family, for instance, they may feel it important to resume the Si tradition of their childhood. Religion can serve as a context for inciting the magical feelings ENPs experience with regard to their personal/family history, as well as the larger history that relates to their faith tradition. The critical question, then, is whether such traditions can co-exist with ENPs’ highly skeptical and open-ended Ne over the course of a lifetime.

INTJs‘ and INFJs’ inferior function, Extraverted Sensing (Se), differs significantly from ENPs’ Si. Se does not relate to the remembered past, but to the concrete present. What draws INJs’ Se to religious participation, therefore, is the experience, aesthetics, and symbolism. Most Intuitives are sensitive to ambiance, to the general feeling (or intuition) conferred by a certain environment. For INJs, good ambiance relates to pleasing aesthetics and quality architecture, not to mention beautiful music. They are often drawn to old hymns, which tend to be more complex and nuanced than contemporary worship music. Religious symbols may also prove compelling to INJs. Symbols are concrete, physical representations (Se) of abstract ideas or concepts (N). Hence, INJs may find that ensconcing themselves in meaningful religious symbols or practices engenders a sense of magic and mystery. Of course, symbolism is only as powerful as the ideas it represents. So INJ non-believers are apt to find little value in religious symbols or related practices.

For Thinking types, magic exists in the realm of Feeling. Strong feelings of intoxication may not only visit them in romantic relationships, but also in the context of a religious participation. For Thinkers, powerful “conversion experiences” do not typically come through exposure to a doctrine, since logical reasoning already comes very naturally to them (especially to NTs, who have strong command over both logic and theory). More often than not, Thinkers are drawn to religious environments that can evoke strong feelings within them. Music is one means of evoking feelings in all dominant Thinking types. Unlike dominant Intuitives, however, it is not necessarily the beauty or complexity of the music that is important, but its ability to incite powerful emotions. Therefore, the type of music played in a religious service can be important factor for Thinking types seeking a quick hit for their F inferior. A sense of community can be another attractive feature of religious communities for Thinking types. This is especially true for ITPs, whose inferior function is Extraverted Feeling (Fe).

Of course, Thinkers may enjoy other elements of religious participation as well. But without experiencing the Feeling elements, they are far less likely to participate with any degree of earnestness.

For Extraverted Feelers, in particular, there is an obvious conscious attraction to religious communities. However, the unconscious pull of the inferior may be no less great. While Feelers may be less impressed by the cheesy metaphors that seem to captivate S types, they can be entranced by the ostensible logic of a gifted orator. Since Feelers feel somewhat unsure of their own logical faculties, they, in a way similar to S types, turn to external authorities to aid and abet them.

IFPs’ inferior function, Extraverted Thinking (Te), can be drawn to doctrines and organizations that embody their Fi values. To IFPs, religion seems a most reasonable place for the incarnation of shared, objective truths (Te). Nonetheless, IFPs can struggle between the impressions of their dominant Fi, which rallies for its own subjective discernment of truth, and their inferior function’s captivation with what, at least on the surface, seems like good logic from an established religious authority.

To learn more about the inferior function and personality types, be sure to explore our books:

1. The fact that we are drawn to religion for the same reasons we are drawn to our inferior function cannot be used, at least not independently, as an argument against the existence of God. Otherwise, we might end up at an extreme Idealist position, in which everything is viewed as a mere projection or production of our own psyche. In fact, Extraverts (especially ES types) might be inclined to take the opposite position, that of extreme realism, arguing that the psyche is nothing but an introjection of the outside world. Hence, just as an Introvert may be wont to question the existence of an external God, an Extravert may be disposed to question the existence of the self or the psyche. This is why many philosophers have rightly observed that the particular way we see the world is largely an artifact or extension of our own personality.