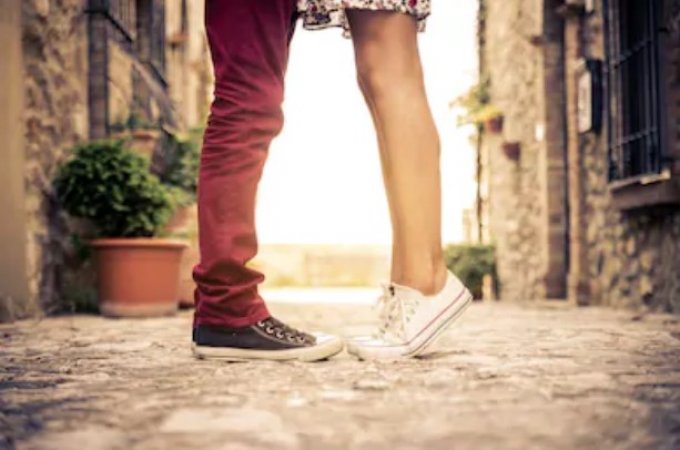 On first blush, one might suspect an INTJ mastermind and INFP empath to have rather different views on what constitutes an ideal relationship. One can imagine INTJs seeking a partner who’s interested in discussing the latest discoveries in fields like quantum physics, while INFPs might pursue a life of love, family, and some sort of creative or non-profit work.

However extensive their thinker (T) – feeler (F) differences, this type pairing can actually enjoy surprisingly good compatibility. In this post, we will explore why this is the case, as well as some of the common challenges they encounter.

In our experience, the most common personality pairings involve introverts pairing with extraverts, lending some credence to the “opposites attract” notion. Neither INTJs nor INFPs are exempt from this trend. Especially early in life, INTJs can be captivated by the warmth and energy of EFP types. Similarly, young INFPs may find themselves drawn to the strength, charisma, and adventurous spirit of extraverts.

Since the energy gradient is typically less potent between introverts, INFP-INTJ couples usually don’t have a “love at first sight” sort of experience. More often than not, their love story unfolds gradually over time, as they discover intersections in their beliefs, interests and values.

It’s not that these two types have no initial chemistry, however. In addition to admiring INTJs’ intellect, INFPs appreciate their candor, strong-mindedness, and other “J” attributes. While other types may write off the INTJ as being too nerdy, INFPs—usually a bit quirky and offbeat themselves—can find it cute and endearing.

Similarly, INTJs appreciate that INFPs are not only willing to entertain their complex thoughts, but seem genuinely interested in, and capable of understanding, much of what they have to say. They also relish INFPs’ curiosity, eagerness to learn, and explorative spirit.

Another advantage of this type pairing is its strong moral rapport, with both valuing things like loyalty, integrity, family, and education. They can also be passionate about rectifying social, political, or other problems, commonly adopting a reformer or activist mindset.

In short, while INTJs and INFPs may not experience explosive upfront chemistry, as they spend more time together, they are surprised to discover deep potentials for love, intimacy, and companionship in their relationship. 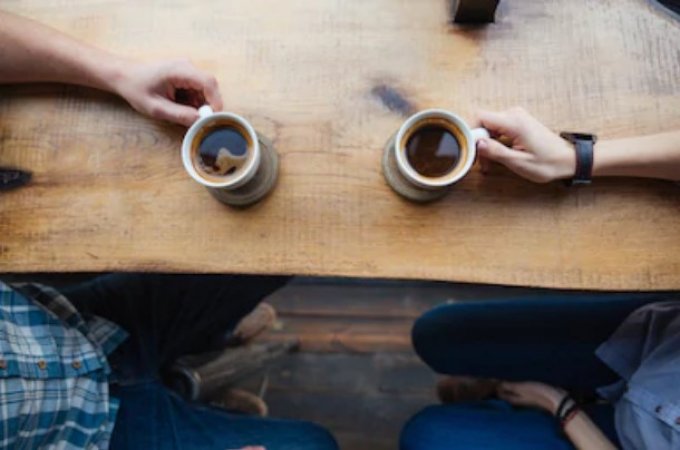 Unless accustomed to affluence, INFPs commonly gravitate toward minimalist or Bohemian sorts of lifestyles. Rarely placing much stock in status or possessions (possibly exceptions being their book and music collections), they believe things like family, travel, spirituality, and time spent in nature to be of greater priority.

INTJs can be a bit more finicky in their lifestyle preferences. Similar to INFJs, some can exhibit rather high taste, for which they can thank their inferior function, Extraverted Sensing (Se). In this vein, they may be connoisseurs of fine food and drink, expensive art, orchestral music, luxurious accommodations, etc. While some INFPs may adapt to, or even come to appreciate, such a lifestyle, others may reject it as overly pretentious or indulgent.

Of course, not all INTJs are drawn to a life of sophistication. As dominant intuitives, they are typically more concerned with the ideational realm (N) than the material / sensory realm (S). But as discussed in our post, How INTJs & INFJs Approach their Body & Physical Needs, they are still quite sensitive to the physical environment and thus prefer surroundings that allow their minds to function optimally and without undue distractions. So while INFP minimalism is not always an issue for INTJs, living like a gypsy or out of a tent is not their idea of a good time.

The decision to have children usually has a moderating effect on the lifestyle preferences of both types. Always wanting the best for their child, INFPs come to acknowledge the necessity of a more stable living situation, as well as certain amenities like good schools. Similarly, INTJs accustomed to regularly dining out may learn how to cook and live on a budget.

Most INFPs enjoy traveling and spending time outdoors. While INTJs are rarely interested in activities like camping or hiking (or anything involving dirt or dust for that matter), they can enjoy travel, assuming that certain provisions and creature comforts are in place. More often, these couples find common ground in the realm of art and entertainment, sharing interests in various genres of music, movies, and television.

When it comes to domestic life, INTJs typically loathe housework and are generally happy to ignore it whenever possible; while their minds are always active, they can seem lazy or apathetic toward anything resembling physical labor. While INFPs are usually more physically energetic and active than INTJs, their standards for tidiness and cleanliness tend to be fairly lax. INTJs appreciate this sort of leniency, but those who use it as a license for domestic laziness won’t be doing their relationship any favors. 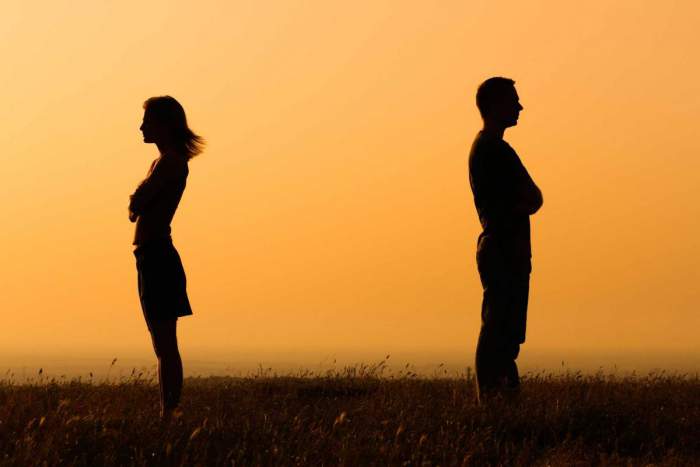 As with other type pairings, INFP-INTJ couples may struggle to effectively communicate and work through points of conflict and disagreement. In this section, we will explore personality factors in both types that may contribute to these difficulties.

INFPs use Introverted Feeling (Fi) as their dominant function, which means they prefer to manage their feelings in an independent, introverted fashion. In many respects, Fi is an apt representative of the Yin, or what Chinese philosophers considered the “feminine principle,” of the universe—characteristically shaded, covert, and outwardly cool / passive.

Even in instances where INFPs believe their partner has instigated their negative feelings, they still feel they can (and should) handle their emotions on a largely independent basis. In light of this propensity, they often experience significant internal resistance when asked to directly air (i.e., extravert) their concerns and frustrations; something about it just doesn’t feel right to them. Now, this doesn’t mean that INFPs don’t reserve the right, wittingly or not, to sulk or otherwise express their discontent indirectly. They are entitled to their feelings, but simply prefer not to talk openly about them.

If INFPs had their way, their partners would simply know what to do, and then do it. To some extent, this substantiates the long-standing complaint among men that women (most of whom are Fi types) want them to function as “mind readers.”

INTJs operate very differently. Employing Introverted Intuition (Ni) in tandem with Extraverted Thinking (Te), they typically prefer explicit rather than implicit forms of communication. They also feel compelled to make rational sense of the world around them. So when they notice that something is awry with their partner, their first instinct is to solicit the INFP for more information. But as I touched on in my post, How INTJ & INFJ Types Analyze & Facilitate Growth in Others, such investigative probes are not always well received. This is especially true when engaging with INFPs, who as we’ve seen, prefer to work through difficult emotions in their own way.

Furthermore, as Judging (J) types, INTJs are naturally disposed to function as “teachers” and “fixers.” Considering themselves knowledgeable and insightful, they believe that, given enough time and information, they can manufacture a solution for nearly any problem, including those arising in their relationships. While INFPs are typically eager students and enjoy hearing the INTJ’s thoughts, they don’t want their feelings shoved under the microscope without their consent. So when INTJs turn the spotlight onto their negative moods or feelings, INFPs can feel cornered and conflicted about how to proceed.

Whether anything positive emerges from such confrontations largely depends on the manner in which they’re conducted. Despite their use of Fi, there is a part of the INFP that wants to let go and be finessed into healthier emotional territory. They want their partner to understand emotional alchemy and the right times to employ it. But this is really more of an art than a science, which means that rational approaches will often miss the mark, regardless of how correct or reasonable they might seem to the INTJ.

Similar issues may arise with respect to the INTJ’s actions in the relationship. Namely, INTJs will often contend that their partner is acting unfairly or irrationally for being upset with them when they didn’t explicitly violate any of the relationship’s rules or expectations (Te). While the INTJ may be “technically” correct, their lack of relational nuance may nonetheless frustrate their INFP partner. For instance, if the INTJ has agreed to take out the trash on Thursday, but the bin is already overflowing by Wednesday, being oblivious or unwilling to make an early trip will rarely go over well.

Many of the relational challenges for this type pairing can be boiled down to different communication styles and preferences, with INTJs gravitating toward a more literal and explicit (i.e., “left-brained”) approach (Te), and INFPs a more fluid and implicit (i.e., “right-brained”) style (Fi). While Extraverted Thinking has proven incredibly valuable in the scientific and technologic spheres, its effectiveness in navigating human relationships is less clear-cut. Many INTJs achieve great success in the workplace, where their Ni-Te skills are of ready use, but struggle when it comes to forming and sustaining romantic partnerships.

Fortunately, if there is any personality type that is willing to look beyond whatever social grace INTJs may lack and focus on the quality of their mind and heart, it is the INFP. In the INTJ, INFPs not only discover a perspicacious intellect, but a heart that is loyal and committed to the people and values it holds dear. For this, INTJs are eternally grateful, knowing, perhaps for the first time, that someone truly loves and appreciates them for the things they value most about themselves.

Indeed, when it comes to relationships, there may be nothing more important to either of these types than knowing they are being loved for the right reasons, that is, for their authentic inner self. This is the secret ingredient in successful INFP-INTJ partnerships, one that can help them navigate whatever challenges they might face along the way.

Learn more about INFPs and INTJs in our books: