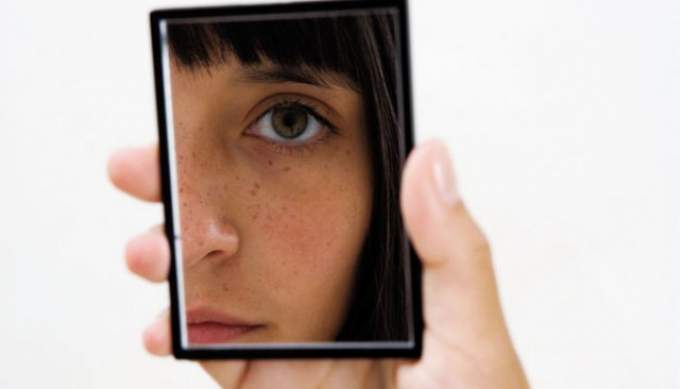 Have you ever felt like a fraud in your work or relationships? If so, you’re not alone. Research suggests that nearly 70% of people report feeling like a fraud at some point in their lives while as many as 40% routinely struggle with this sentiment.

Needless to say, this is unfortunate news. Besides the fact that no one likes feeling like a fraud, this nagging sentiment can be detrimental to our work, relationships, and self-esteem.

If we are to have any hope of slaying this albatross, we must first understand its psychological and cultural underpinnings. This will comprise our objective in this post.

Some of you may already be familiar with the notion of “impostor syndrome,” which refers to the experience of feeling unqualified or like a fraud. According to Wikipedia, it is marked by “an inability to internalize one’s accomplishments and having a persistent fear of being exposed as a fraud.” Here’s a quick overview of its hallmark features:

In light of the surprising prevalence of impostor syndrome, we might reconsider whether instances of “false modesty” are really false at all. The data seem to suggest that many people genuinely approach their abilities or accomplishments in a humble or self-deprecating way.

As outlined in my book, My True Type, introverts, especially those of an intuitive persuasion (INFJ, INFP, INTJ and INTP types) commonly exhibit a penchant for personal authenticity. They strive to “know themselves”—their beliefs, values, strengths, interests, etc.—and to live in accordance with that self-understanding. In the words of Elaine Schallock, they take an “inside-out” approach to life, looking for ways of meaningfully expressing their elaborate inner life.

Extraverts, by contrast, particularly sensing extraverts (ES types), typically employ an “outside-in” approach. Functioning as veritable mirrors of the outside world, they pattern their self-image around meaningful externalities. While authenticity is less of a buzzword among extraverts, one could argue that it actually has a different meaning for these types. For the extravert, authenticity means remaining loyal and true to certain external realities (e.g., popular ideas or trends)—the precise opposite of the introverted version.

Extraverts are also apt to grant more credence to outside opinions or feedback. If praised for doing a good job, they are more likely to accept and internalize this feedback than the introvert is. Might extraverts therefore be less susceptible to impostor syndrome?

Introverts, on the other hand, tend to be their own worst critics. Inclined to distrust externalities, they often downplay or ignore external feedback, regardless of how positive or effusive, in favor of their own self-critiques. With that said, it may be the case that introverts are more sensitive to, and prone to internalize, negative feedback, which only serves to augment their already stringent self-standards. Consequently, introverts are often reluctant to put themselves out there, fearing they may collapse under the combined weight of internal and external critiques.

Unfortunately, this fear and hesitancy does little to allay introverts’ sense of impostorship. While concealing their true selves may provide some relief from the fear of failure and judgment, it cannot alleviate the guilt or frustration of inauthenticity. While the closet artist may manage to eschew the risk of external rejection, she must continue to bear the burden of working a job she hates and, even worse, of having to pretend she enjoys it and seeing others mistake it for her true self.

Introverts can thus be seen as having two basic choices:

The problem is that even if introverts choose the second option, they may still struggle with feeling like a fraud. This is because most introverts are rather cautious in their self-appraisals, usually erring on the side of underestimating their talents and creations. Thus, even those who are by ordinary standards clearly successful may nonetheless see themselves as undeserving of any praise or recognition.

“Show Me Your Qualifications”

As evaluating creatures, human beings are naturally attuned to different levels of talent and excellence. When consensus is reached regarding what constitutes excellence, as well as who is thought to embody it, the notion of expertise becomes relevant.

By and large, our typical approach to expertise is essentially extraverted (i.e., collective) in nature. Recognizing the individual’s potential for self-delusion (e.g., the tone-deaf vocal contestant who thinks he’s the next superstar), we have largely opted to place our bets on majority opinion. In many instances, we have decided to regulate expertise by establishing collective rules and criteria for who can legally practice various professions (e.g., medicine) and employ their attendant titles.

Of course, collective approaches to expertise are far from foolproof. Schooling in a certain profession by no means guarantees expertise, nor does it expunge the potential for individual deviance. Moreover, we can never be sure that conventional methods or sanctioned wisdom will prove optimal in a particular circumstance.

Issues surrounding the notion of expertise are germane to our topic of impostorhood. This question, in particular, is of central concern:

Who / what determines whether someone is qualified or not?

When something new is created or discovered, how does it become collectively sanctioned as true or good?

This latter question is important because it points to the fact that our evaluative criteria can never be fully crystallized or canonized, but must always remain open to the novel and unprecedented. Without this flexibility, our collective standards would never change or evolve. This is actually welcomed news for introverts (and creative extraverts), since they are the most apt to bring something new or unforeseen to the public forum. However, it is also the case that some ideas are simply too far ahead of the times and thus fall on rocky ground until the cultural soil is ready for them to take root.

Introverts who are more self-assured seem largely immune to these concerns. Rather than fretting over how they or their work will be received, they stick to their guns and remain allegiant to their convictions. For them, truth / value is adjudicated inwardly and stands independent of outside opinion.

With that said, if something is in fact true or valuable, it is only natural to assume that this will become evident to others as well. So even if introverts operate as their own judge and jury, they still expect their insights to find some measure of verification in, or reconciliation with, the outside world.

In this light, it is hard to know what to make of self-assured introverts who proclaim indifference toward their social reception. Perhaps their self-assurance is a defense mechanism, an attempt to inoculate themselves against the threat of potential pain of rejection. And maybe this is a good thing, especially if the introvert’s efforts are apt to be met with misunderstanding.

Less self-assured introverts (the majority?) are more prone to doubt and more willing to consider that they might be wrong, misguided, or lacking sufficient skill or ability. They are thus open to the possibility that a cool external reception might actually reflect reality, however difficult to swallow. Could it be that impostor syndrome is simply a manifestation of the introvert’s propensity for doubt, openness, and self-honesty?

Perhaps, but an open mind can work both ways. While it can certainly be used in the service of self-doubt, it can also be employed to expand or reformulate our understanding of expertise, such as incorporating an “I’ll know it when I see it” approach. This sort of informal approach is highlighted in Robert Pirsig’s classic book, Zen and the Art of Motorcycle Maintenance, in which determinations of quality are shown to be largely intuitive and self-evident. However, in cultures predominated by sensing (S) personality types and empirical / quantitative methodologies, those claiming intuition as their authority can feel like impostors or outcasts. Although intuitive methods may be sanctioned and celebrated in the arts, those using intuition to ascertain truth or knowledge are typically met with deep skepticism.

In light of the predominance of sensing types in the general population, intuitives are probably wise to anticipate some measure of push back against their ideas and methods. While this may at times leave them feeling like impostors or outsiders, it doesn’t mean they are on the wrong track. Indeed, such sentiments often signify they are fulfilling their rightful role as creatives and change agents.