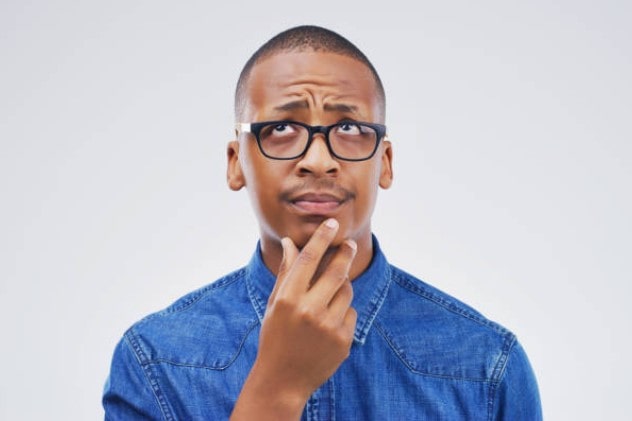 There’s a longstanding debate among personality enthusiasts regarding the optimal approach to identifying one’s type. In many respects, it boils down to disagreements about what constitutes the most foundational elements of type, including whether emphasis should be placed on the Myers-Briggs preferences (i.e., E-I, S-N, T-F, J-P) versus the Jungian functions (e.g., Ni, Fe, Ti, etc.).

The pioneer and founder of psychological types, Carl Jung, espoused a function-based typology. Jung’s model consisted of only eight types, each named and described in terms of its dominant function (e.g., the “Introverted Thinking” type).

Shortly thereafter, Katharine Briggs and her daughter, Isabel Myers, developed what we now know as the Myers-Briggs Type Indicator, or MBTI®. Poised to make their assessment as practical and accurate as possible, they decided to make a few tweaks to Jung’s framework. First, they opted to incorporate the auxiliary function into their typing formula, thus expanding the total number of types to 16. Jung’s Introverted Feeling (Fi) type, for instance, was subdivided into the INFP (Fi paired with auxiliary Extraverted Intuition) and ISFP (Fi with Extraverted Sensing) types.

Moreover, Myers and Briggs apparently felt that directly assessing Jung’s functions was too difficult compared to breaking things down into preferences. So rather than evaluating for the presence of a function like Introverted Intuition (Ni), the MBTI approaches Introversion (I) and Intuition (N) as separate constructs. But this created a new problem, one which is best explained by way of an example:

If an individual demonstrates a preference for E, N and F, how can we determine if she is using Fe with Ne versus Ne with Fi? 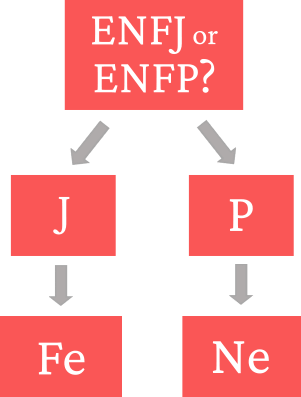 Through this roundabout approach, Myers and Briggs were trying to reach, by way of a pencil and paper assessment, the same level of typological understanding that Jung achieved intuitively in his clinical practice.

I think it’s worth considering whether or not the Myers-Briggs J-P workaround is optimal. Stepping back even further, we could ask whether Jung was right to base his types on functions in the first place. If we determine that both the preference and function approaches pass muster we can then consider whether they are sufficiently compatible to warrant their continued parallel existence in the type community.

I’m inclined to agree with Myers and Briggs that constructing a pencil and paper assessment of the eight functions isn’t without its challenges. One might even contend that the functions are too abstract or complex to conduce to a personality questionnaire. Decomposing them into smaller elements (i.e., preferences) may thus constitute a more appropriate route.

There may also be some Myers-Briggs practitioners who are skeptical or agnostic toward the functions altogether, as I was when I first learned of them. Many of the same reasons that complicate their inclusion in a personality questionnaire have made the functions difficult to pin down empirically. Practitioners may also wonder whether the extra layer of complexity they introduce is really necessary or if it merely adds noise and confusion to the personality picture. Individuals primarily interested in career clarification, for instance, may have little interest in taking a deeper dive into functions theory.

In my view, one of the strongest cases for preference-based testing is it allows the Myers-Briggs to align itself with the leading academic model of personality—the Big Five. As I’ve suggested elsewhere, Jung and Myers-Briggs did a remarkable job of crafting a model that would stand the test of time. It’s easy to see why practitioners would be impressed by the fact that each of the MBTI preference categories resembles and correlates quite well with one of the Big Five domains.

Typing Based on Functions & “Whole Types”

Clearly, there are a number of potential upsides to using a preference-based approach to personality typing. What concerns me, however, is the amount of ostensible weight that’s been placed on correctly diagnosing one’s J-P preference.

Returning to our earlier example, what would happen if our ENF friend happened to score as a P when she’s really a J? From a function perspective, her type would be completely transformed. Instead of being an ENFJ whose functions are Fe-Ni-Se-Ti, she will be seen as an ENFP using Ne-Fi-Te-Si. Thus, by erroring on only a single preference, the composition of her function stack changes entirely:

From the vantage point of the functions, Myers-Briggs’ addition of the J-P variable has the potential to introduce great confusion if things go awry. Fortunately, the consequences are somewhat less severe for the other preference pairs. If our ENF friend scored as an Introvert rather than an Extravert, for instance, her four functions would remain unchanged and would simply assume a different order the function stack.

Having now been an avid student and observer of type for over 20 years, it’s hard for me not to see the types holistically, as patterns that manifest not only psychologically, but also physically. As discussed in my post, Face Thyself: How the Body Reveals Your Personality, people of the same type often share similar physical features and mannerisms which combine to produce a general impression or “Gestalt” of that type. The salience and prevalence of these patterns suggest that type is a deeply entrenched pattern that, whether we like it or not, permeates our entire being.

Viewed with this understanding, if a Perceiver’s life circumstances have led her to a point where she increasingly identifies with Judging items on a questionnaire, should we conclude that her core type (including all her functions) has changed? Probably not. While she may notice certain differences about herself, the lattice of her type and the global impression it generates remains essentially unchanged.

Consequently, those inclined to see “whole types” may be reluctant to embrace questionnaires as the gold standard of typing. Ostensibly, this is one reason Jung was so special. After engaging with enough people and clients over the years, he started noticing patterns that he eventually formulated as “types.” And once one starts seeing these patterns, it’s hard to “unsee” them. In some cases, a person’s type may be apparent before even talking with them, based strictly on their vibe or appearance.

In my experience, learning about the functions and their outer manifestations is critical for effectively discerning whole types. Because the functions are more whole and complex than the preferences, they can tell us a great deal—in a snapshot—about an individual and her type. So even though INFPs and INFJs, for example, are quite similar from a preference standpoint, their overall Gestalt—arising from their different function sets—is rather distinct.

That said, there’s a certain amount of noise, or what I sometimes call “psychological overlay,” that can obscure our view of the functions and complicate the typing process. While certainly not invalidating the functions-based approach, it may prompt type practitioners to employ additional tools until a clearer type picture emerges.

In closing, I think there’s still room for both the preference and function approaches to coexist, but in light of the aforementioned J-P issues, it will remain a rather delicate arrangement. Thus, many type enthusiasts lean more toward one approach, perhaps using the other as a backup in difficult cases.

To learn more about the preferences and functions, as well as different approaches to the typing process, be sure to explore Personality Junkie’s bestselling book:

Unsure if You’re an INP or INJ Type?