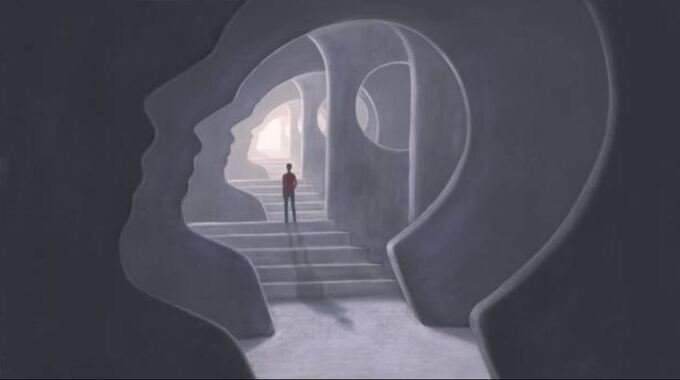 Discovering our personality type (e.g., INTJ) can be incredibly exciting. On the one hand, it helps us feel understood, perhaps even special. Given that there are 16 types, being assigned to only one of them has a magical and enchanting quality, suggesting that we have a unique place in the human saga. It’s like learning of our position on a sports team or which part we’ll be playing in a musical. There’s joy in knowing we have a special role—both individually and in concert with others.

It’s therefore surprising to see some people taking a negative view of typing, perhaps deeming it a form of stereotyping or pigeonholing. They may also have concerns about it constraining their freedom or individuality, thus limiting their ability to be and become their unique selves.

What such individuals fail to recognize is that type is not static. It doesn’t lock us into a singular way of being or operating. In fact, the overarching concern of typology’s founder, Carl Jung, was psychospiritual growth and transformation. Jung wanted people to grow beyond their type’s dominant function, to explore and integrate unchartered territories of their personality.

This process of individuation, or what we like to call type development, is a journey and adventure with no end. There’s always something more we can do or explore—new challenges we can undertake. Regardless of where we’re at in our lives, opportunities for growth and exploration await us. All we need to do is be intentional about growing, which opens the door to transformative insights and experiences.

Growth: A Process of “Transcending & Including”

In my early twenties, I cut my philosophical teeth on the writings of Ken Wilber, an intellectual and spiritual polymath best known for his work on Integral Theory. One of the many “Wilberisms” etched in my memory is his clever and surprisingly useful notion of “transcend and include.” Here we’ll take some time to unpack this concept so we can better understand what’s actually occurring when we talk about growth or development.

Consider a toddler exhibiting what’s sometimes described as “the terrible twos.” If our toddler, let’s call him Johnny, fails to get what he wants or needs, he throws a fit, hoping to persuade mom or dad to fix things. While such behavior is painfully unpleasant for anyone in earshot, we nonetheless recognize it as “a phase” that he’ll eventually “outgrow.” However, if the behavior persists much beyond say, age 5, we might grow increasingly concerned that Johnny’s development isn’t unfolding as it should.

While perhaps not immediately evident, there’s a great deal we can learn from this simple example. The first thing may seem rather obvious, but nonetheless needs to be said: psychological development is a real and reliable phenomenon, something we expect to occur in a certain way and within a certain timeframe. And when it doesn’t unfold how or when we expect it to—red flags go up in our minds.

Here’s the corollary: behaviors we consider acceptable or normal in early stages of development are seen as unacceptable, regressive, or immature later on. But why exactly?

One reason, which we’ve already touched on, is we all have at least a tacit understanding of the typical course of psychological development. This knowledge allows us to empathize with, and hopefully exhibit some measure of patience for, individuals at earlier stages. In terms of Wilber’s “transcend and include” schema, once we have transcended (i.e., outgrown) our terrible twos, we can look back at it objectively in a way that allows us to empathize with and include others (in this case little Johnny) who are still in the thick of it.

It’s important to realize, however, that this transcend and include process is primarily unidirectional. Individuals at higher developmental stages can comprehend the attitudes and behavior associated with lower stages, since they’ve already personally experienced and integrated them. But it doesn’t work so well in the other direction. Johnny can’t understand and empathize with his mother in the way she can with him. He simply doesn’t have the capacity or requisite knowledge to do so.

Quick Sidebar: While discussions of “higher” and “lower” developmental stages are sometimes considered politically incorrect (especially among academics), according to Wilber, this is due to an unfortunate conflation of “growth hierarchies”—which merely describe typical, healthy processes of human development—with “dominator hierarchies”—which are exploitive and oppressive. This isn’t to say that growth hierarchies can never be abused or misapplied, but in Wilber’s view, this doesn’t warrant censoring or denying their existence.

As we’ve seen, the transcend and include process can occur on an interpersonal level (i.e., between persons at different developmental stages), but it also takes place intra-personally.

Once a child has transcended the “terrible twos” stage, for instance, he becomes less self-centered and more capable of considering the needs and feelings of others. But this doesn’t mean he’s entirely forsaken his own needs or desires. While he’s expanded his psychological scope (transcend) to incorporate others, he still maintains a level of concern for his own needs (include), albeit in a less egocentric way. In other words, the transcend and include process jettisons the more extreme elements of self-concern, but it doesn’t dispense with self-concern altogether. Due to this ability to consider both himself and others, the psychology of a healthy older child is rightly seen as more complex, comprehensive, wise, and versatile than that of a toddler.

At some level, much of this may seem rather obvious. But have you ever found yourself in a discussion with someone who seemed incapable of understanding or appreciating what you consider to be a more nuanced, complex, and comprehensive perspective? If in fact you were seeing things from a “higher” perspective, you might have seen parts of your “former self” in the other person, allowing you to better empathize with where she’s at in her development. You might even decide to postpone any further discussion until she seems more open or her understanding matures.

This is not to say that all disagreements are rooted in developmental differences—intellectual, psychospiritual, or otherwise—although many of them are. Being willing to scrutinize your own perspective, as well as actively listening and periodically summarizing your interlocutor’s position aloud, helps ensure you aren’t jumping to premature conclusions.

According to Jung, type development starts with the emergence of the dominant function. Serving as a type’s signature strength, it can be a powerful personal tool as well as a means of helping others. But Jung also realized, and was quick to point out, that what makes the dominant function powerful—its specialized skills and focus—can also be a psychospiritual liability.

Insofar as it tends to be well-developed, the dominant function is unlike the toddler we discussed earlier. However, it resembles a toddler in its relatively narrow and limited scope. Without the aid of additional functions, it has little hope of grasping or experiencing the fullness of life.

So if we apply Wilber’s adage, type development involves “transcending and including the dominant function.” We certainly don’t want to leave the dominant behind, which would be tantamount to “throwing out the baby with the bathwater.” But again, we’re dealing with a problem of scope. There’s a great deal the dominant function is unaware of and missing out on.

It’s tempting to believe that expanding our scope is a simple and straightforward affair, one in which we simply explore and incorporate new psychological tools and territories. But things are never quite so easy.

A common impediment to type development, as strange as it sounds, is contentment. According to author Colin Wilson, the modern world, in being oriented toward comfort and security, in many ways lacks challenges for motivated people. And when we feel too content or comfortable, we may be less compelled to “stir things up” and embrace new challenges.

In many (if not most) cases, growth begins with a problem or a sense of dissatisfaction that spurs us to find solutions. The problem may be internal, interpersonal, or some combination thereof. We might feel bored or uninspired, for instance, and then decide to pursue something more interesting or challenging. Or, perhaps we’ve grown weary of fighting with our partner and want to make things better. In either case, there’s a problem that orients us toward growth.

While being interested in growth is an important and necessary precursor, other things must fall into place as well. Let’s say I want to stop fighting so much with my partner. One thing I might do is really try to hear and understand her side of the story. This includes, among other things, being open to the possibility that I could be missing or wrong about something important. But even if I manage to convince my ego to be open to receiving this information, I’m still left with the problem of what to do with it afterward. It’s almost guaranteed that I’ll experience some measure of fear, frustration, resistance, or uncertainty because her needs and perceptions won’t fit neatly with mine. Hence, type development can also be stunted by concerns about conflict and its resolution.

The philosopher Hegel is often credited with the notion that life proceeds and evolves by way of a universal, three-part process: thesis – antithesis (i.e., conflict) – synthesis (i.e., resolution / integration / transcendence). In other words, growth is always be preceded by some form of conflict. And once a conflict is resolved and a synthesis achieved, that synthesis becomes the “new norm” (i.e., a thesis) which, at some point, will find itself involved in another conflict. According to Hegel, this is the fundamental way life evolves and unfolds over time.

Typologically speaking, conflicts can often be understood in terms of tensions between our type’s functions—each of which has its own set of needs, values, and desires. These tensions are never resolved in a “once and for all” fashion, but more often take the form of “two (small) steps forward, one step back.” While big leaps and realizations can and do occur, the developmental process is never complete since we, as well as the world around us, are constantly changing. In my view, this is a good thing, giving us reason to anticipate and pursue new experiences, information, and challenges that catalyze growth.

The more conflicts we manage to overcome and retain as life lessons, the higher our level of psychological development, richness, and understanding. I say this not as cause for pride or self-congratulation, but because it describes and substantiates an important human reality, one which—properly applied and understood—can better our lives both individually and collectively.

Rather than seeing type development as a duty or obligation, I prefer to think of it as an adventure. It’s an opportunity to step into unknown territories and undergo “mini-miracles”—transcendent experiences that break through from the unconscious suddenly and unexpectedly. Indeed, it’s often when we’re deeply immersed in struggle, seeing no clear or obvious path forward, that the unconscious (or God if you prefer) rescues and revives us. This is as exhilarating as it is perplexing, yielding higher states of integration and understanding, while also strengthening our belief that real growth is possible.

Learn more about type development and the 16 types in our book: 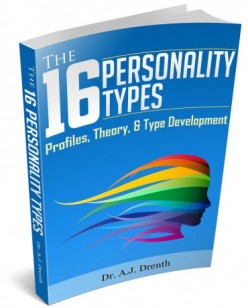 Living “Authentically” for Your Type

3 Paths to Your “Center”