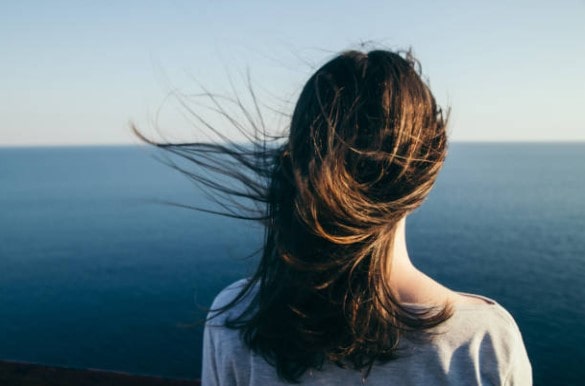 Type theory informs us that the INTP personality type is predominantly guided by thinking (T) and the INFP by feeling (F). If Jung was correct in viewing thinking and feeling as conceptual opposites, then we might expect these two types to be as different as night and day.

In some cases, this seems to hold true. I’ve known several INFPs, for instance, who find much of their identity and meaning in motherhood. If we contrast this with the prototypical INTP—perpetually holed up in front of his computer—we are left with two distinct personalities, roughly characterized as empath and thinker.

Although all healthy INFPs are empathetic, not all adopt the empath / caregiver motif as their primary life role. As I discuss in my post, 3 INFP Roles, there are at least two other roles INFPs may find attractive—that of artist or scientist. These identity roles bring us much closer to common INTP roles, such as that of philosopher or investigator.

These role similarities are well captured in Enneagram types 4 and 5, commonly dubbed “The Artist” and “The Investigator” respectively. We know that many INFPs identify with the Enneagram 4 and INTPs with the Enneagram 5. Moreover, INFPs often have a 5 wing and INTPs a 4 wing, further underscoring the personality overlaps between these types.

A number of INTP-INFP similarities can be explained by overlaps in the structure of their function stacks, as evidenced here:

If Ne is the function of exploration and creativity, INTPs and INFPs (collectively, “INPs”) who embrace Ne as central to their life purpose usually have a fair amount in common. For the remainder of this post, however, I want to consider how INPs’ dominant and inferior functions contribute to notable similarities and differences between these two types. In particular, we will consider how these functions compel INTPs and INFPs to operate in an autonomous versus conforming fashion under different life circumstances.

Carl Jung conceived the personality types as amalgams of opposing functions. One of his chief concerns was how to reconcile the competing interests and values of these opposing functions. Jung viewed one such struggle as particularly salient—the tug-of-war between each type’s dominant and inferior function. In the case of INTPs, this tug-of-war involves Ti and Fe. For INFPs, the main players are Fi and Te.

Jung described the introverted judging functions as subjective in nature. Namely, both Ti and Fi rely on inner criteria to make evaluations and decisions. We might roughly characterize these processes as “what makes sense to me” (Ti) and “what feels right to me” (Fi). One might even argue that the inner experience of these two processes is fairly similar, as both operate in holistic and contextual fashion.

In developing and utilizing their own evaluative metrics, INPs have little guarantee that their judgments will align with those of the outside world, that is, with extraverted or collective judgments. Now, this is rarely a problem for Ti or Fi when taken independently, as these functions are happiest when INPs “stay true to themselves.” But such inner-outer disparities are less palatable for their extraverted judging functions, which are sensitive to collective sentiments and standards. Thus, one of INPs’ chief typological struggles can be expressed in terms of autonomy (Ti / Fi) vs. conformity (Te / Fe).

More specifically, we’d expect INTPs to be more autonomous with respect to T matters and more conforming with F matters. Regarding the latter, many INTPs are concerned about their reputations and how they are perceived by others. They want to be seen as friendly, witty, smart and socially competent. Concerned that others “can’t handle the truth,” they may withhold much of what they truly think (Ti) to preserve outer harmony and stay in others’ good graces (Fe). At least in social circles, they slacken some of their T values to accommodate their inferior F.

Likewise, type theory predicts that INFPs will be more autonomous in F matters and more conforming in the T arena. The latter is often apparent in the workplace, where INFPs accommodate themselves to organizational policies and protocols (Te). Even those operating as nonconformist artists at home typically adopt a different persona in organizational settings, where they strive to demonstrate competence and conscientiousness in the duties assigned to them. By contrast, INTPs are more inclined to short-cut or circumnavigate Te strictures (NTPs notoriously have little patience for bureaucracy), but may be more conscientious with respect to their social performance (Fe). INFPs are less inclined to put on a social front, which many consider disingenuous, focusing instead on executing their assigned duties.

Because both types lead with an autonomous function, neither is terribly open to being micromanaged. Although INFPs will typically follow Te protocol, they may have little tolerance for helicopter managers. INTPs are even less tolerant in this respect and will quickly seek alternative work options if they sense they’re being monitored too closely.

No personality type wants to be perceived as incompetent in any respect. Whether we are consciously aware of it or not, our greatest psychological weakness and blindspot is our inferior function. Therefore, the psyche invests significant attention and resources—both conscious and unconscious—to backstop it. The fear is that without these reinforcements we will appear incompetent and, in turn, be rejected by others. So in many cases we overcompensate for the inferior function to ensure this never happens.

As we’ve seen, INTPs may overcompensate in social or relational situations, thereby keeping others from witnessing their F shortcomings. Similarly, INFPs overcompensate in organizational settings to ensure they appear T competent. Conformity, whether in F or T domains, means adhering to pre-existing behavioral scripts. In most cases, those who can adequately follow the scripts receive a passing grade from others.

It’s not merely about convincing others, however. INPs also want to convince their greatest critic—themselves—of their inferior function competence. As long as their Fe or Te remains underdeveloped, they will struggle with certain insecurities and feel incomplete. In the meantime, collective guidelines operate like training wheels for INPs. They allow INPs to ride alongside others while they continue to develop and fortify their inferior function.

Finding maturity much earlier in life, the dominant function has little need for training wheels, and the psyche knows it. “What need do I have for Te guidelines if I’ve got a reliable guide in Ti?” an INTP might remark. Ditto for INFPs with respect to F matters. Their confidence in the non-dominant functions, however, is rarely as strong. Significant investment is thus required before anything resembling true competence or autonomy starts to emerge.

If you’re looking to better understand your personality, identity, purpose, and life path, be sure to explore our online course, Finding Your Path as INFP, INTP, ENFP or ENTP.