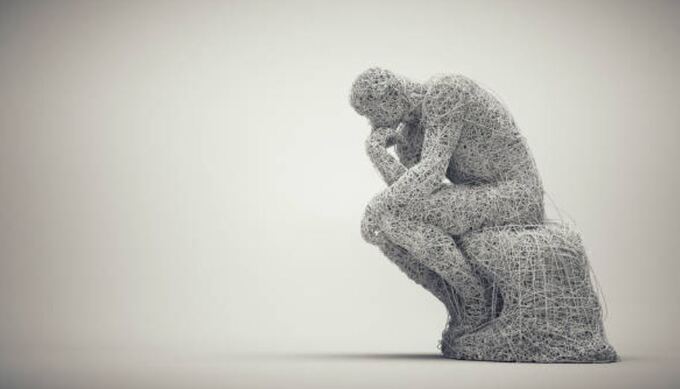 Type theorist David Keirsey collectively described the INTP, INTJ, ENTP and ENTJ (i.e., “NT” types) as “Rationals.” Inclined to see the world through a scientific, philosophical, or intellectual lens, they are driven to acquire knowledge and discern truth.

It’s often said that “knowledge is power. ” While this notion is sure to resonate with NT types, they also enjoy knowledge and understanding for its own sake. In psychological parlance, they exhibit high levels of “typical intellectual engagement” and “need for cognition .” What for other types may seem like a cumbersome chore—wrestling with abstract ideas and problems—is a cherished pastime of NTs.

Many NTs enjoy exploring and developing foundational or unified theories. Some begin their journey with the physical sciences, others with evolutionary theory, and still others with religion or philosophy. Regardless of their starting point, what they all seek is a foundational framework of understanding—a set of “first principles.”

One of my favorite quotes, often attributed to Anaïs Nin, is: “We don’t see the world as it is, we see it as we are.” This highlights how our own subjectivity—the lens through which we explore and understand truth—shapes and colors our perspectives. I consider this one of the great utilities of personality typology. Namely, it reminds us that we’re all, to some extent, predisposed to see things a certain way and to emphasize aspects of reality in accordance with our subjective preferences. Consider this gem of a quote from William James’s Pragmatism:

The history of philosophy is, to a great extent, that of a certain clash of human temperaments… Of whatever temperament a philosopher is, he tries, when philosophizing, to sink the fact of his temperament… Yet his temperament really gives him a stronger bias than any of his more strictly objective premises. It loads the evidence for him one way or the other… He trusts his temperament. Wanting a universe that suits it, he believes in any representation of the universe that does suit it… Yet in the forum he can make no claim, on bare ground of his temperament, to superior discernment or authority. There arises thus a certain insincerity in our philosophic discussions; the potentest of all our premises is never mentioned.

If James is correct, which I suspect he is, it’s easier to understand why even genius-level thinkers must “agree to disagree” about certain issues. No matter how hard they try, they simply can’t seem to change their interlocutor’s mind. I don’t make this point from a place of pessimism, but merely as a reminder of the subjective “elephant in the room” in intellectual debates.

One example of the way in which personality type shapes our worldview is the surprisingly large number of ENTPs (especially ENTP males) who gravitate toward libertarianism. They draw on this philosophy to inform their views on a variety of political issues, often reasoning deductively, from the general to the particular. This is not to say that ENTPs are (or aren’t) justified in operating this way, but merely to illustrate how personality type can predispose NTs to certain sorts of beliefs and epistemologies. For those interested in an in-depth examination of INTPs’ philosophical propensities, check out my latest book, The INTP Quest.

The reason we tend to align ourselves with, rather than go against, the intellectual proclivities of our type is fairly straightforward: it’s pleasurable to do so. The brain rewards us for staying true to our typological predilections. When we say that an idea “resonates” with us we’re referencing a sense of intellectual delight or pleasure, the result of an idea fitting nicely into the mold of our mind.

The alternative—the experience of cognitive dissonance—is far less enjoyable. While NTs can and do tolerate cognitive dissonance (probably better than other types), they still spend more time engaging with “like-minded” thinkers and perspectives. The channels of type run deep, and stepping outside of those channels is neither easy nor particularly pleasurable.

In addition to influencing our beliefs, our type also affects the mode of cognition we gravitate toward. The Cognitive Experiential Self Theory (CEST) espouses that humans exhibit two basic modes of cognition: rational and experiential.

As we’ve seen, NTs veer more toward rational processing, which is in many respects what distinguishes them from other personality types. The further we get from the Intuition (N) – Thinking (T) combination—from the “rational” end of the CEST spectrum—the closer we get to the “experiential” (i.e., Sensing & Feeling ) side.

We can also take a more granular approach and consider where each particular NT type falls on this continuum. Of the four NT types, ENTPs are typically the most experiential. They often identify as Enneagram type 7, sometimes called “The Enthusiast,” which relishes the pursuit of novel experiences and possibilities. This isn’t to downplay ENTPs’ rational interests or capacities, but merely to highlight their experiential bent vis-à-vis other NTs.

If INTJs are the least like ENTPs, then we might award INTJs the title of most rational (and least experiential) NT type. This of course can vary by individual. As described in my book, The 16 Personality Types, one of the INTJ subtypes is “Aesthete” or “Artist,” which is typically more experiential than scientifically or theoretically focused INTJs.

So why do some NTs exhibit a more pronounced rational or experiential / artistic bent than what’s “average” for their type? Culture and conditioning can obviously play a role, as can one’s level of interest in, and pursuit of, the inferior function (e.g., INTJs’ Se function).

Another key factor is Neuroticism—one of the Big Five taxonomy’s domains. Among other things, Neuroticism affects how much we attend to, and reflect on, the self. A stronger subjective bent may orient NTs to creative or artistic careers rather than investigative, technological, or business pursuits. After all, scientific and technical work is more divorced from, and indifferent to, personal subjectivity. For many STEM folks, exercising their NT rationality is sufficiently rewarding and personal subjectivity more of an afterthought.

Subjectively oriented NTs are more drawn to exploring and incorporating their own psychology and experiences into their work. This can fuel interest in the arts, humanities, history, theology, or the social sciences—subjects which intersect with, and shed light on, NTs’ existential concerns, such as personal meaning and values.

According to Schwartz, core values serve as “guiding principles in life.” Using correlative methods, he found that similar values tend to empirically cluster together. A person who values security, for instance, is also likely to appreciate tradition and conformity. This clustering effect makes values amenable to visual representation, with similar values being situated adjacently and opposing values distally (see my VIP theory for diagrams).

Before considering NTs’ core values, I wanted to highlight a value that is strangely absent from, or at least not clearly explicated in, Schwartz’s framework—seeking knowledge and understanding. As we’ve already discussed, NTs have a pronounced need for cognition, for exploring and formulating ideas, theories and concepts. We might thus posit this as NTs’ uniting value. Let’s now explore which of Schwartz’s basic values hold the most sway among NTs.

As far as I can tell, the Schwartzian value most closely related to NTs’ penchant for rational cognition is self-direction. According to Schwartz, this involves: “Independent thought and action—choosing, creating, exploring.”

The word “independent” is particularly relevant to NTs, who pride themselves in their ability to think for themselves, even if it means going against the tide of what’s popular. This connects with their penchant for critical thinking, the ability to effectively discern the objective merits of ideas and arguments.

Substantiating these associations is research demonstrating that Big Five Openness (the analog to Myers-Briggs Intuition) significantly contributes to both self-direction and autonomy. And because IQ is correlated with Openness, I suspect that self-direction is also linked, to some extent, with IQ.

Both power and achievement are related to status seeking—the desire to ascend to the top of one’s professional or social hierarchy. Research suggests that status seeking is mediated by testosterone. In their paper, “The Role of Testosterone in Social Interaction,” Eiseneggar and colleagues conclude that:

The role of testosterone in human social behavior might be best understood in terms of the search for, and maintenance of, social status. More generally, it contributes to dominance behaviors.

Of the four NT types, ENTJs are most apt to overtly value power and achievement, with INTPs being the least likely. But if given the opportunity, I suspect most NTs would take advantage of opportunities for greater status or prestige, especially in intellectual or academic spheres.

Neuroticism also plays a role in which NTs seek and attain high status. We know that Introverts typically score higher on Neuroticism than Extraverts. They may thus lack the confidence, resilience, or motivation to effectively partake in the “rat race” of status seeking. There are of course plenty of examples of Introverts with lower Neuroticism. Some introverted NTs, such as Elon Musk, Bill Gates, and Mark Zuckerberg, have even ascended to the highest strata of power and achievement.

It’s hard to imagine a more vague psychological concept than stimulation. But according to Schwartz, it involves a penchant for “excitement, novelty, and challenge.” Stimulation is closely linked with another of Schwartz’s values, hedonism, which involves “pleasure or sensuous gratification for oneself.”

A study called The Big Five Personality Factors and Values found that stimulation correlated significantly with Big Five Openness, which is known to correspond to N and P on the Myers-Briggs. Research has also linked a related concept, sensation-seeking , with Extraversion (E) and lower Conscientiousness. Finally, we know that men, the majority of whom are T types, score significantly higher in sensation-seeking than women.

Therefore, of the four NT types, we might expect ENTPs to value stimulation most strongly and INTJs most weakly. This is consistent with our earlier discussion of ENTPs being highest in novelty and experience seeking. That said, there’s a sense in which all NTs seek novelty and challenge on an intellectual level. So if we expand Schwartz’s definition to include cognitive forms of stimulation, we’d expect all NTs to hold it in high regard.

Learn more about NTs in our online course, Finding Your Path as an INTP, INFP, ENTP or ENTP, as well as our books:

The INTP: Personality, Relationships & the Quest for Truth and Meaning