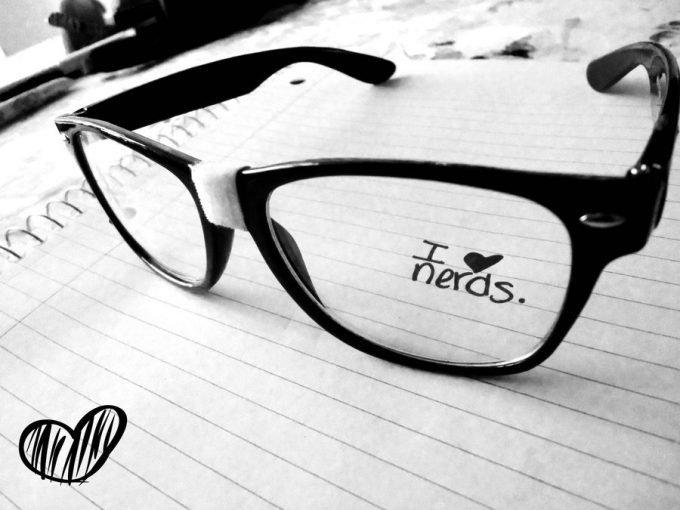 Which personality types are the nerdiest or most socially awkward? Popular opinion suggests that INTPs and INTJs are most apt to claim this not-so prestigious award. Unfortunately, associating both of these types with perennial geekdom has made it harder for us to see and understand the important ways in which they differ. Can we say that the personality of Einstein (INTP) differed in significant ways from that of Stephen Hawking or Isaac Newton (INTJ)? If not, perhaps we should just ignore the J-P variable altogether in favor of the broader INT nerd classification.

Furthermore, what are we to do with ISTPs? If ISTPs use the same dominant function, Introverted Thinking (Ti), as INTPs, how is it that they often manage to escape the geek moniker? Why is it that while INTPs, INTJs, and ISTJs are being cast as eggheads that ISTPs are enjoying their fair share of dating opportunities? In this post, I will attempt to shed some light on these matters.

In some respects, INTPs and ISTPs use of Extraverted Feeling (Fe) gives them a leg up on ITJs when it comes to relationships. As I’ve written elsewhere, Fe is the most interpersonal of all the functions, adept at establishing interpersonal rapport and camaraderie. Fe also conveys an air of warmth and friendliness, giving the impression that ITPs are, at least to some extent, emotionally open.

That being said, we must also acknowledge that Fe happens to be ITPs’ inferior function, which, among other things, can result in dramatic swings between friendliness (Fe) and aloofness (Ti). In my book, The INTP, I refer to this as the “Lone Wolf (Ti) vs. Mr. Nice Guy/Gal (Fe)” phenomenon.

Since ITPs both use Ti and Fe, we must examine their respective auxiliary functions to understand how the INTP and ISTP might differ in relationships. ISTPs auxiliary is Extraverted Sensing (Se). In combination with Ti, it often contributes to high levels of kinesthetic and/or practical intelligence in ISTPs, allowing them to function adeptly as athletes, craftsmen, mechanics, surgeons, business persons, etc. Moreover, in tandem with their tertiary Ni, Se may prompt ISTPs to develop “high taste” and value material wealth, status, and sophistication. Taken together, the contributions of Se often serve to attenuate whatever nerdiness or awkwardness might stem from ISTPs’ Ti dominance.

Let’s now take a closer look at the INTP. Rather than mollifying their Ti nerdiness, INTPs’ auxiliary function, Extraverted Intuition (Ne), commonly amplifies it, luring INTPs into a world of abstract and speculative thought. Ne also inspires INTPs’ to give voice to their ideas, including those pertaining to their feelings and relationships. Thus, in the INTP we find an individual who loves talking about relationships and other human concerns, yet who is in actuality quite emotionally green (remember, Fe is their inferior function). While feeling types may appreciate the INTP’s expressed interest and openness with regard to F matters, a perspicacious feeler will often come to see the INTP as emotionally naïve and starry-eyed. So although INTPs may be viewed as generally affable and well-intentioned, they are usually unaware of the degree to which they are seen (especially by NF types) as emotionally short-handed.

ISTPs, by contrast, are less eager to discuss their feelings, instead preferring a more cool or stoic approach to emotional matters. This also makes them seem less nerdy or quirky than INTPs, and perhaps even more emotionally “mature,” at least on the surface. In reality, however, many ISTPs are less ideationally open and introspective than INTPs and are thus less likely to exhibit or invest in personal / interpersonal growth.

Because ITJs’ feeling function, Introverted Feeling (Fi), is in the tertiary rather than inferior position, ITJs tend to be somewhat more emotionally mature than their ITP counterparts. Despite this, the introverted nature of Fi renders ITJs less emotionally expressive than ITPs, which is why many ITJs are perceived as emotionally cold and aloof (this is one reason so many voters struggled with Hillary Clinton). The influence of Fi also makes it difficult to read the ITJ’s emotional state, leaving potential mates guessing about what the ITJ is actually feeling. Even when ITJs do try verbalizing their emotions, they do so by way of their auxiliary function, Extraverted Thinking (Te), which, as I’ve described in my book, My True Type, lacks the physical and tonal expressiveness of Fe. Indeed, it is Te that contributes to perceptions of ITJs as robotic or unemotional.

This brings us to one of the many paradoxes of type:

ITPs can be warm and expressive, but are often emotionally immature or disconnected from their own feelings. ITJs may appear cold or unemotional, while having a richer and more developed inner emotional life.

As N types, INTJs are more inclined to try to verbalize or understand their feelings than ISTJs are. However, this tendency is often countered by their Fi’s preference to process emotions independently rather than interpersonally. Consequently, relationships are often quite difficult for INTJs and ISTJs alike, especially when paired with Fe types who seek external proof of, or want to dialogue about, emotional matters.

The INTJ and ISTJ can also suffer from a conspicuous lack of tactfulness or from an obliviousness / disconcern for certain social (i.e., Fe) customs. While ITPs may at times suffer the same fate, their use of Fe makes them somewhat more skillful and at home in social contexts.

All the IT types can be disposed to nerdiness and social awkwardness. For reasons discussed above, ISTPs are the most likely of these four types to eschew these perceptions and be seen as “normal” guys. Indeed, when we think of normal American guys, we typically think of STPs, who are by far the most common (I strongly disagree with statistics suggesting that STJ males are more common than STP males. From where I sit, STP men clearly outnumber STJ men, while STJ women are more plentiful than STP women.). Similarly, ITJ women may seem more normal than ITP females because most American females use Fi rather than Fe. Whether we like it or not, these demographics affect our social expectations and perceptions of the respective types and sexes.

In light of this multiplex of factors, I think we are mistaken when we assume that all nerds have essentially the same personality type and are faced with the same social or relational hurdles. To the contrary, each of the above types has its own set of strengths and challenges.

To learn more about the personality types, be sure to explore our books: