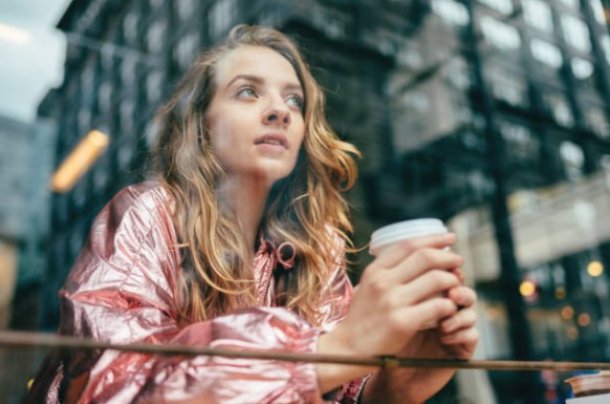 Our modern age is well viewed as the age of the individual. It used to be that our path in life—our religion, our career, our social class, etc.—was largely determined by the family we happened to be born into. There was little in the way of choice for individuals. Fortunately, nobody seemed all that bothered by it, because it wasn’t part of the culture. And if culture doesn’t teach us to expect or desire certain things, we often don’t notice if they’re missing.

In today’s world, culture dictates that we all partake in a process called self-discovery. In many respects, it’s a modern rite of passage, not unlike Christian baptism or rushing for a fraternity. If we want to be technical about it, self-discovery begins way back in infancy, as soon as we start making distinctions between self and world. But the part of self-discovery that we really care about hinges on questions like: “How do I describe or define myself?” or “What do I really believe and care about?” or “What do I want to do with my life?”

Personality typology is a commonly used tool for self-discovery. By outlining the typical molds, or types, that human beings tend to inhabit, typology might be viewed as a sort of shortcut or roadmap for self-understanding. To some extent, type is also a counterforce to the most juiced up versions of individualism. Namely, by associating ourselves with a certain type, we’re essentially agreeing to forfeit some measure of personal uniqueness. This suggests that maybe we’re not the rogue individualists we fancy ourselves to be. Maybe there’s a part of us that longs for solidarity, that wants to belong to something bigger than ourselves.

It’s unfortunate that we sometimes miss this point. By identifying so strongly with our type, we can almost forget that there are others with our same type facing similar challenges. We forget that being a certain type means belonging to a community, and that there are countless others sharing our struggles.

It’s this same communal concern that prompts us to seek insight and inspiration from role models. In these kindred spirits we find a much-needed sense of support and validation, even if only through the imagination. Even extreme individualists want some sort of tribe or network of affiliations.

To extraverts, this may all seem rather obvious, as the extraverted self is generally more distributed and interconnected. But introverts, especially INFP, INTP, INFJ and INTJ types, are more apt to emphasize their uniqueness and downplay the ways in which their identity is intermingled with others.

Choices as Data for Self-Discovery

In actuality, our identities may be no less interdependent than they were in previous eras. Perhaps the only difference is we now get to choose who we ally ourselves with. And if the choices we make say something about who we are, it follows that we can learn a lot about ourselves by analyzing our choices. With each new choice, part of our personality becomes more evident or well-established. Reflecting on our choices is thus an important path to self-knowledge.

Writer Joan Didion once mused that “I don’t know what I think until I write it down.” In its essence, writing is nothing but a string of choices. And like other forms of choice making, it offers concrete insight into who we are and what we believe. Without choice, we are merely inchoate potential. Our choices give form and materiality to who we are. They are data for self-understanding.

Instagram is another medium for choice making and identity exploration. What one chooses to photograph or share is assumed to reflect one’s tastes, interests, and social life. Our Netflix viewing habits, including the “Recommended for You” suggestions, also provide clues about who we are. It’s a bit eerie how specific some of Netflix’s genre recommendations can be (e.g., “Dark crime dramas with a strong female lead”), as though Netflix has somehow pinpointed the core of our viewing preferences. Similarly, Facebook uses personal data algorithms to determine which ads and products will most strongly appeal to us.

The modern identity is a fusion of one’s friends, family, work, status, and culture, in conjunction with political, intellectual, religious, aesthetic, and entertainment preferences. Of these, the only non-choice elements are our biological and cultural roots. Everything else is discretionary.

Are Our Choices Really Free?

Clearly, the choices we make reveal something about who we are. And because our culture delegates the vast majority of choices to the individual—both big and small—it seems entirely natural for us to believe that our choices are truly free. Even the word “choice” assumes a freedom as a starting point.

Since this isn’t the place for a deep dive into the age-old, “free will vs. determinism” debate, I’ll spare you the pain of a lengthy diatribe on the topic. What I will say, however, is that at least from an identity perspective, unfettered free will doesn’t make a whole lot of sense. Let me explain.

Even as infants, we exhibit or develop certain preferences in that some things are simply more interesting to us than others. Ergo, we end up paying more attention to those things. For instance, as discussed in my recent post, Cognitive Styles of Thinkers vs. Feelers, some infants and toddlers are more compelled by things like dolls and faces, while others are drawn to trucks and moving objects. Moreover, because certain preferences show up in infancy prior to acculturation, chances are they’re innate and thus not freely chosen. But even if the original choice was somehow freely made, the fact remains that, if we pay attention to something long enough, it starts paving a trail in the brain which makes it easier to repeat in the future. And when choices give way to habitual preferences or perspectives, freedom is effectively supplanted by automatism.

So whenever our “choices” spring from one of our most frequented brain pathways, then what is most significant, from an identity perspective, is not so much the specific choice itself, but the nature of the underlying pathway. In other words, we’re more concerned with understanding the main thoroughfares of our personality than the myriad side streets, the “forest” (N) more than the “trees” (S). What matters most is not the specific content of your Instagram posts, but the deeper set of traits, motivations, and preference pathways that inform them.

This of course assumes that we’re seeking something resembling a coherent and unified identity. And we know that some personality types are more interested in undertaking this sort of project than others. But just to be clear, everyone has some version of a coherent identity. It’s simply more conscious (or consciously sought after) for some people than it is for others.

The truth is I’m probably being a bit unfair in suggesting that the side streets of our personality are less important than the main drags. One could argue that some of the best things in life happen on the side streets, often when we’re least expecting it.

In fact, a reliable way of enriching our lives is to intentionally deviate from our beaten path. And this is where real choice enters the picture.

Real choice places us outside our comfort zone. It exposes us to new and unfamiliar modes of being. Making real choices can shift our consciousness in ways that surprise and delight. It’s emblematic of the wonderful human capacity to step into the unknown—to check out a new side street—even when doing so feels like walking into a dark alley.

If you’re looking to clarify your personality, identity, life path and more, be sure to explore our online course, Finding Your Path as an INFP, INTP, ENFP or ENTP.

Introverts & Extraverts in the Smartphone Era

Millennials & the Rise of an Intuitive Culture