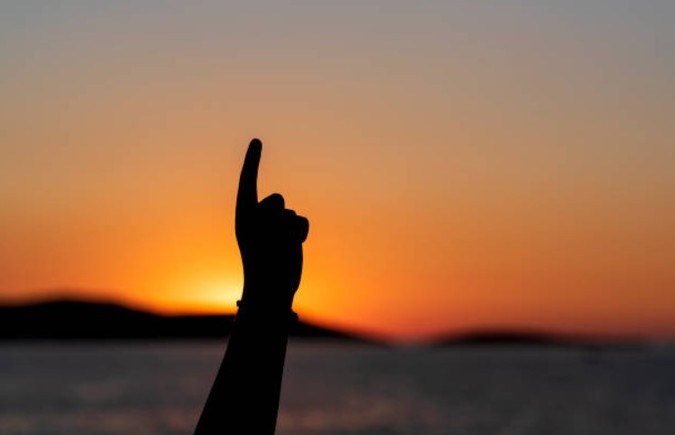 The Enneagram 1 is known by a few different monikers such as perfectionist, idealist and reformer. One thing the “perfectionist” nickname fails to capture is that the foremost concerns of this type are essentially moral in nature.

What’s most important is not that Ones are perfectionists, but what drives their perfectionism. And that driver is characteristically a moral impulse. Ones have the strongest convictions of all the Enneagram types and see it as their job, or perhaps more aptly—their mission—to effect moral change in the world.

Typically overlooked in the Enneagram literature is the fact that there are at least two different psychologies that give rise to this sort of moral mindset. And because neither is well captured in the other Enneagram types, I believe both can be associated with the Enneagram type 1. Since my understanding of these two psychologies has largely emerged out of my work with the Myers-Briggs / MBTI®, we will draw on some of its concepts throughout our discussion.

Enneagram Ones have a clear—even black and white—sense of right and wrong, which compels them to adopt high moral standards for themselves and others. In Freudian parlance, they identify predominantly with their “superego,” which means they must simultaneously and substantially repress their primitive “id” impulses. Other Enneagram types seem more balanced in this respect, displaying a mixed portfolio of superego scruples and id indulgences. This sort of ambiguity or inconsistency can be difficult for Ones to accept, however, since they believe everyone should be held to an objective moral standard and there should be consequences for those who fall short.

This version of the Enneagram 1 conjures images of a strict parent, coach, school teacher, religious leader, etc.—quick to reproach those who fail to embrace or live up to the One’s high expectations. This type of One is typically a Myers-Briggs judging (J) type. We know that the J preference correlates with conscientiousness on the Big Five, and few terms better describe the Enneagram 1 than conscientious, especially when it comes to moral issues.

In her book, Personality Type, Lenore Thomson suggests that J types are more “left-brained” than P types, which I generally agree with. Research has shown that the world of the left hemisphere is more conceptual than the right, which includes positing and subscribing to abstract principles. And this is precisely how Ones (at least this version) operate. They lock into a particular understanding of right and wrong, as well as how things might be rectified, then set out to make changes. While others may criticize Ones for being stubborn or closed-minded, it’s hard not to admire the passion, devotion and consistency they bring to their life and work.

Another salient J characteristic exemplified by Ones is their tendency to judge and restructure the outside world to their liking. According to type theory, this stems from judgers’ reliance on extraverted judging (either Te or Fe). Ones may direct their restructuring efforts toward people, systems, or institutions.

Moreover, for this type of One, justice and correctness are prioritized over empathy and compassion. Their morals are law or thinking (T) based. In this vein, Enneagram authors Don Riso and Russ Hudson associate the One with the Extraverted Thinker, who Jung described as follows:

The type of man elevates objective reality, or an objectively oriented intellectual formula, into the ruling principle not only for himself but for his whole environment. By this formula good and evil are measured, and beauty and ugliness determined. Everything that agrees with this formula is right, everything that contradicts it is wrong.

Let’s now take a step back for a moment and consider One’s essential / archetypal nature. In my estimation, Ones can be seen as enacting the hero archetype. More specifically, they aim to be moral heroes. They want to convince others that there is a better way of living, one that is aligned with objective moral truth.

If in fact Ones are playing the role of moral hero, then this type shows up in some form in most human stories. Namely, Ones are your typical “good guys,” those who courageously fight for what’s right and just.

That said, we all know there’s more than one type of good guy. So let’s now turn our attention to another variation of Enneagram 1.

Another Type of Enneagram 1: The Myers-Briggs Feeler (F)

In my view, it’s not Extraverted Thinking (Te) that is most essential about the One, but the One’s moral concern and attendant sense of mission. In embodying the hero archetype, the One has a masculine bent, which is part of what differentiates it from the more feminine 2 and 9 types which flank it. While type 2 also has a moral component, its focus is more on altruistic service than being a moral prophet or change agent.

Hence, what we are looking for in our alternate version of the One is a type of moral hero who is less judgmental and legalistic, but still has strong convictions and a desire to effect change.

Let’s take the Myers-Briggs INFP personality type as an example. Now, I’m not suggesting that INFPs typically identify as Enneagram Ones (more often they type as Enneagram type 4 or Enneagram 9), although it’s not out of the question. But let’s consider how an might an INFP come to embrace and embody the moral hero archetype that we’ve associated with Ones.

INFPs’ dominant function, Introverted Feeling (Fi), gives them a strong sense of their own personal values. They differ from J types, however, in that their first instinct isn’t to outwardly judge or fix those who exhibit different values. INFPs are more apt to keep their judgments to themselves, appearing outwardly patient and accepting. In other words, they aren’t disposed to impose their views on others, at least not directly.

Despite their outwardly accepting nature, INFPs do have strong moral convictions, and many INFPs look for ways of harnessing their convictions to make a difference. For some, this may simply mean being a good mother, friend, or care provider. For others, it might entail a larger vision of moral or social change as seen in Enneagram Ones. A contemporary example of an INFP Enneagram 1 is Senator Elizabeth Warren. A fictional iteration is Luke Skywalker.

It typically takes longer for INFPs to develop the self-confidence to act as public change agents than it does EJ types, as depicted in Skywalker’s initial doubts about becoming a moral / spiritual hero. But with continued practice and commitment, INFPs, like Luke, can eventually become effective moral change agents.

A figure like Jesus Christ, who was probably a feeling (F) judging (J) type, falls somewhere in between TJ and FP Ones. Unlike TJs, he wasn’t at all legalistic. In fact, he was constantly calling out the legalistic rabbis for their narrow understanding of spiritual truths. However, as a J type, the prophet role came more naturally to him than it does for INFPs.

According to Enneagram theory, each personality type can take on characteristics of a neighboring type. Ones thus have the option of adopting a 2 or a 9 wing.

As I mentioned earlier, the Enneagram 2 is similar to the 1 in that both have a moral bent. It’s therefore easy to imagine these two types joining forces in the Enneagram 1w2 type (or 2w1). I suspect Jesus was a 1w2 insofar as his mission not only involved disseminating his moral vision (the 1 element), but also helping and supporting others along the way (the 2 element).

The Enneagram 9, a.k.a. “The Peacemaker,” is more of a passive type that tends to eschew conflict in order to maintain a sense of inner peace. In many respects, the 9 is the opposite of type 1, with the latter being more aggressive and willing to fight for change. I thus see the 9 wing as having a softening effect in the TJ 1w9. We know that Nines are often FP types who use Introverted Feeling (Fi). We also know that TJs use Fi, albeit lower in their function stack. Hence, I suspect that TJs identifying as the 1w9 type are often striving to connect with the softer, more feminine aspects of their personality as represented by Fi.

There’s a lot to admire about Ones, particularly their courage to function as moral change agents. Whenever we hear a story of good versus evil, we can’t help but root for our beloved One protagonists.

But as less romanticized stories illustrate, Ones are not without their flaws. Although they may strive to be perfect and to improve the world around them, they’re often just as flawed or broken as other types. Though typically well intended, they may lack the requisite self-awareness for discerning and rectifying their own shortcomings.

In the case of TJ types, self-awareness requires development of their Fi function. Without such awareness, they may be perceived as hypocrites who fail to “practice what they preach.” To paraphrase Jesus, they may be quick to notice the speck in the eye of others, while failing to see the plank in their own. Fortunately, both the Enneagram and Myers-Briggs frameworks offer roadmaps for psychospiritual growth, equipping Ones to not only champion moral truth, but also to embody it more fully.