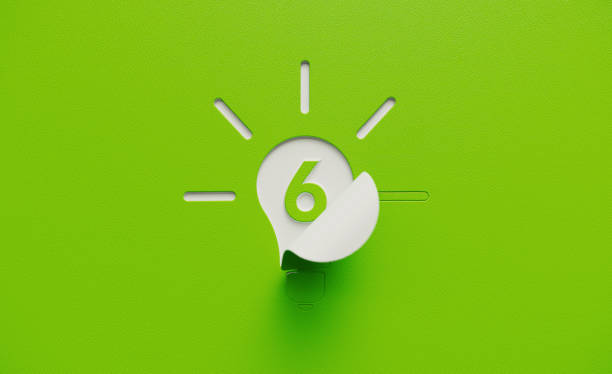 The Enneagram 6, commonly known as “The Loyalist” or “Loyal Skeptic,” is one of nine Enneagram types.

In their excellent book, Personality Types, Don Riso and Russ Hudson suggest that the Enneagram 6 is an anxious type and their attitudes and behaviors can be understood as attempts to quell their anxiety. Empirical research, as well as ordinary observation, suggests that introverts tend to be more anxious and self-conscious than extraverts, which is why Sixes are more likely to be Myers-Briggs introverts (I).

In his book, The Courage to Be, philosopher Paul Tillich identifies two broad approaches for dealing with existential anxiety—individualism and participation. The individualistic approach, according to Tillich, involves “self-affirmation of the individual self without regard to its participation in the world.” Although no personality type is 100% individualistic, we see strong displays of individualism in both the Enneagram 4 and Enneagram 5 types (especially the 4w5 and 5w4 subtypes). This stems from their introversion in combination with intuition (N), which opens the door to greater autonomy and unconventionality. While introverted Fours and Fives may also experience their fair share of anxiety, they trust their intuition will be sufficient to guide them through it.

The Enneagram 6, by contrast, is populated mostly by Myers-Briggs sensing (S) types. Sixes are more practical and less introspective / philosophical than Fours and Fives. And while their introversion contributes some measure of self-reliance, their sensing (S) preference makes them less comfortable with, and perhaps less interested in, constructing their own philosophies and worldview from the ground up. They therefore turn to outside sources and affiliations for support and guidance, which Tillich describes as participation.

Sixes’ propensity for participation leads them to adopt fairly conventional or traditional attitudes toward life and work. In cultures like the U.S. that value hard work and conscientiousness, Sixes are ready to step in and do their part. Doing so not only fortifies their reputation and affiliations, but also augments their sense of financial security.

Having now outlined some general characteristics of the Six, we will now turn our sights toward two types / subtypes of the Enneagram 6. While I’m unaware of other theorists taking this approach, after extensive investigation and conceptualization, it eventually struck me that the Six actually entails two rather distinct subtypes—the “Loyalist” Six and the “Skeptical” Six. We will now examine these subtypes and their respective Myers-Briggs / MBTI type correlates.

According to Myers-Briggs theory, both the ISTJ and ISFJ types (“ISJs) use Introverted Sensing (Si) as their dominant function. Of all the functions, Si is the most tradition-oriented, concerned with preserving the past and defending “the tried and true.”

ISJs feel they have a duty to carry on the traditions they hold dear—political, religious, or otherwise. Not only does it strike them as morally right to do so, but it also grants them a sense of safety and security. Simply put, ISJs feel most secure when things don’t change, when people, institutions, and ways of life remain steady and consistent over time.

ISTJs and ISFJs are extremely loyal to their friends and family, as well as their cherished institutions and ideologies. The “Loyalist” moniker is therefore perfectly suited to these types.

Parenthetically, ESTJ and ESFJ types also use Si, albeit as their auxiliary rather than dominant function. Consequently, we might see some ESTJs identifying as Sixes. ESFJs, however, are much more likely to test as other types, especially the Enneagram 2.

ISFPs use a different set of functions than ISJs, which is why many ISFPs will identify as Enneagram 9 “Peacemakers.” However, a substantial number of ISFPs, much like ISJs, are finicky, organized and highly conscientious. They seek to control, even on a micro level, all aspects of their lives. They too are loyal and security oriented. The difference is ISFPs don’t seek security by way of tradition in the manner of ISJs. Rather, they attempt to feel secure through finely controlling and ordering their lives.

If loyalty, tradition, and security concerns were the only salient traits of the Enneagram 6, we could probably end our analysis right here. But most Enneagram authors point to another aspect of the Six, one which is more skeptical and suspicious. As Riso and Hudson observe: Sixes “want to be trusted and to trust others, yet constantly test others to allay their own suspicions.” To incorporate this skeptical element, some theorists have opted to employ binary monikers when describing the Six, such as the “The Loyal Skeptic.”

In my experience with ISJs and ISFPs, I haven’t witnessed a lot of skepticism and suspiciousness. Sure, these types will lock their doors at night and do what’s required to protect their physical and financial assets. But our second type of Six, represented by the Myers-Briggs ISTP, is much more skeptical and wary. The ISTP Six is in many ways a different breed and thus requires its own analysis.

The “Skeptical” Six: The Myers-Briggs ISTP

Most of the Enneagram types want to stand-out or be exceptional in some way. Ones want to be great change agents, Twos great helpers, Threes achievers, Fours creatives, Fives thinkers, Eights leaders, etc. Of all the types, Nines are probably the least concerned with self-distinction. As long as they feel inwardly peaceful, they tend to be happy.

ISTP Sixes, the majority of whom are males, also want to stand-out. From an evolutionary perspective, males have been the more competitive of the two sexes, attempting to distinguish themselves and achieve positions of power in order to increase their chances of survival and reproductive success. But like other introverts, many ISTPs are concerned they don’t have what it takes to lead or influence others, at least not in the traditional extraverted sense. They therefore perceive the paths toward distinction represented by the other Enneagram types as undesirable or ill-suited to them. ISTPs must find their own way of hacking it in a world where “the cards seem stacked against them.” Most do so through a combination of hard work, cleverness and doing whatever it takes to survive. In short, by being “scrappy.”

Unlike ISJ and ISFP Sixes, ISTPs typically don’t have strong moral commitments, especially in the first half of life. Since their feeling function (Fe) is inferior, many inhabit a perpetual state of moral ambivalence or expediency. We see this in the Star Wars character, Han Solo—a quintessential ISTP Six—who brought a skeptical, “what’s in it for me” approach to his participation with the rebel alliance.

ISTPs Sixes can also be quite defensive. I’ve personally observed many become defensive at the slightest hint that their “ingroup”—especially their preferred political party—is being threatened. As we’ve seen, intuition (N) is the function which furnishes openness to new ideas. And because ISTPs aren’t intuitives, new ideas (especially those coming from outside their ingroup) are often perceived as threatening. Such high levels of defensiveness may seem overblown and unwarranted. But if we recognize that it’s the safety and integrity of their ego that is perceived to be at stake, it becomes understandable (although still not preferable).

As dominant thinkers and inferior feelers, ISTP Sixes tend to be wary of people and their hidden intentions (e.g., their “ulterior motives”). Indeed, it can take years for others, even spouses, to fully earn the ISTP’s trust. Since they already feel like introverted underdogs, ISTPs remain vigilant to ensure they’re not taken advantage of. Politically, this can manifest as conspiracy thinking, especially when promulgated by their political ingroup.

ISTP Sixes often conceal their suspicions under a “nice guy” persona. Many can be “Jekyll and Hyde” type characters—warm and affable one moment, hostile and defensive the next. They routinely repress negative emotions until they are triggered and suddenly erupt.

That said, the degree to which ISTPs are defensive and suspicious hinges largely on their level of maturity and development. I’ve noticed that ISTP females often have a headstart in this respect, exhibiting less extremity and greater balance in their personality.

Although the life of an ISTP is not always smooth sailing, those who manage to secure satisfying work and relationships—achieving the right balance of thinking and feeling—can find happiness.

As a side note, we may see some ESTPs identifying as Sixes as well, although in far fewer numbers than ISTPs. 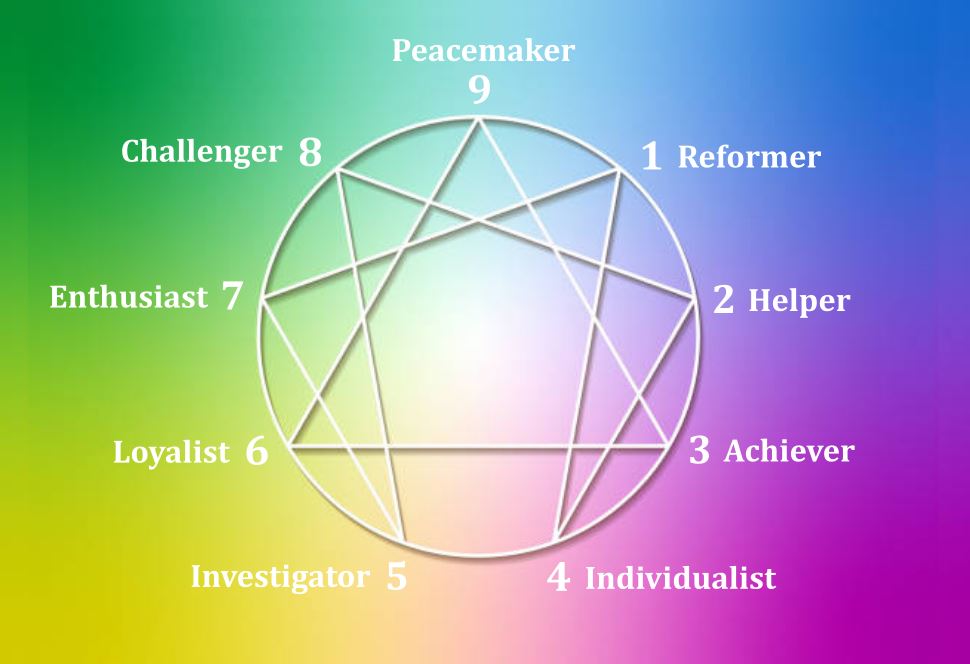 According to Enneagram theory, each personality type can take on characteristics of one of its neighboring types. Sixes thus have the option of adopting a 5 (i.e., 6w5) or a 7 (i.e., 6w7) wing.

The Enneagram 5, often dubbed “The Investigator,” is largely populated by INTP and INTJ types. Incorporating a Five wing can help Sixes become more objective and independent thinkers. For ISTPs and ISFPs, this requires development of their tertiary function, Introverted Intuition (Ni), which can yield original and penetrating insights.

The Enneagram 7, a.k.a., “The Enthusiast,” is primarily concerned with having fun and exploring new ideas or experiences. Since ISTPs and ISFPs use Extraverted Sensation (Se) as their auxiliary function, incorporating a 7 wing typically feels quite natural to them. It’s a much bigger jump for ISTJs and ISFJs, however, since their extraverted perceiving function (Ne) is inferior. Nevertheless, developing their Ne / 7 wing is an important part of type development for ISJs.

On the whole, the 6w7 subtype will seem more extraverted and open to new experiences. By contrast, the 6w5 is more introverted, serious, and interested in acquiring knowledge. As Riso and Hudson observe, “They [6w5s] desire to master a system of knowledge but within a field where the rules and parameters are established and known… professions such as medicine, law, and engineering.”

As other type theorists have noted, the Enneagram 6 is one of the most difficult types to quickly summarize or caricature. In my view, this stems largely from the fact that the Six entails two rather distinct subtypes—the “Loyalist” and the “Skeptic”—which exhibit different personality traits, motivations and existential concerns. This is not to say there’s no overlap between the two, but there are substantial differences, for instance, between ISTJs and ISTPs that should give us pause before conflating them.