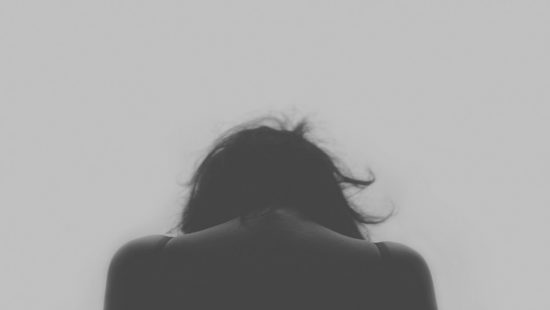 Human beings of every personality type experience the real fear of the threat to survival and desire for self-preservation. This is not unique to any particular type. But for Ni (i.e., Introverted Intuition) dominant types (i.e., the INTJ and INFJ), the relationship to physiological survival is particularly poignant and not well understood.

The INTJ and INFJ types have an “innate sensitiveness” (termed by Jung) that places them into a classification of people that Elaine Aron dubs, “Highly Sensitive Persons” (HSPs). And the world looks very different through these lenses than it does for the remaining 80% of the population. In truth, we are all “highly sensitive” when it comes to our weaker functions, but the peculiarity of inferior Sensing in Ni types means that our relationship to the physical world is intimidating, confusing, overwhelming and, at times, incredibly frightening.

Most readers will be aware of how the inferior (fourth) function, Extraverted Sensing (Se), manifests in the INTJ and the INFJ as it has been discussed at length in previous posts. What hasn’t really been covered is the way that these external sense perceptions translate to and affect their eighth function, Introverted Sensing (Si), which is largely responsible for preserving balance and homeostasis in the body. It is my belief that, in addition to the need to differentiate Ni as the dominant function, much of the aversion to Se that emerges early in the development of the INJ is also directly tied to a fear of conjuring unwanted bodily responses a la Si.

Often, exposing oneself to the rigors of the Se environment means risking putting some form of stress or strain on the body. Early in life especially, INJs will usually consider that a risk not worth taking. Only later in development, when and if the need to individuate becomes too great to ignore, does the lure of Se begin to outweigh the risk of disturbing Si. Even still, the INTJ and INFJ will often experience an internal tug-of-war on the matter, the Se drive surrendering if the risk of bodily harm or discomfort is too great.

For INJs there is an extreme level of distrust and demonization of the body and its processes because Si remains so totally alien and out of the control of the INJ as the shadowy eighth function. Physiological responses are not well understood and often not accurately perceived; even supposedly “pleasurable” physiological feelings are regularly repressed and/or dismissed as unwanted. So-called “thrill seeking” which brings up butterflies of excitement for other types can be a source of extreme anguish for Ni types who may experience that bodily response as uncontrollable stomach pain, nausea, and dizziness. Adrenaline is not considered desirable; therefore, avoiding “fight or flight” situations whenever possible is imperative. Not surprisingly, it’s this skittish behavior that usually gets INJs classified early on as “fraidy-cats” and “chickens” (often true for other introverts as well, but seemingly more pronounced in INJs).

Trying new things and being open to untried experiences means assuming the possibility that body may be affected in an unwanted way. Ironically, this can cause INJs to appear, at least on the surface, like ISJ types at times. But where ISJs are driven by desire, INJs are driven by fear. And unlike ISJs, the goal is to minimize the need to be aware of the body, if possible. INJs do not want to be bound by their physicality. This is an extension of the idea of the self-described state of existence that INJs recount as a “continual out-of-body experience.” As such, INJs are likely to subconsciously repress mild pain or discomfort longer than ISJs, particularly if it means attaining some sort of Se reward. But this is usually short lived, particularly if physical pain is pronounced and/or prolonged.

Long-term physical suffering is seen as the epitome of the worst kind of evil and the deepest of their fears. If this occurs, INJs are likely to go into an extreme state of grip behavior as they are poorly equipped to deal with acute physical pain. They may become angry and incredulous, convinced that the body is lashing out against them somehow (again, since they tend not to associate their sense of self with their body at all, the body is seen as a totally separate entity apart from themselves.) Some INJs react by becoming positively punitive, putting themselves through even more physical stress by doing things like slamming back a potentially unsafe dose of NSAIDS or exercising to the point of injury. They tend not to react gently or respectfully toward the body, blaming and disciplining when things go awry.

What all of this ultimately leads to is the persistent, nagging awareness for the INTJ and INFJ that reducing physical discomfort (and grip experiences) requires access to and the ability to provide for essential material things. Indeed, when we consider that the ability of humankind to be successful on a survival level has relied at minimum on man’s ability to provide for basic physiological needs – food, water, safety, sex, shelter, etc. – the stakes are raised. It’s not only about reducing pain and suffering, but, indeed, surviving.

Assuming that there is some validity to Maslow’s “Hierarchy of Needs” theory, it would seem that those needs that form the foundation of the pyramid fall primarily into the Sensing domain while items at the top fall more into the Intuition realm. Though I would argue that Maslow’s pyramid may be overly simplified when applied to specific individuals given what we know about how our individual typologies shape our needs and values, it is true insofar as physical survival of the species as a whole simply could not have happened on things like self-actualization alone; no food, no water, no sex, no life.

But for the INTJ and INFJ the relative unfamiliarity and inexperience with the Sensing world can put them at a disadvantage when it comes to some of these essential survival needs. Deftly manipulating or navigating the environment via physical strength and agility is usually not a viable option – and definitely not the most efficient use of energy for an Ni. Being forced to constantly focus on how to meet basic physiological needs, to merely survive, is more than hampering to the ability of the INJ to individuate, its damning. And, again, not to downplay the way this challenges all individuals of every type, there is a particular tragedy and poignancy here with respect to Intuitive types because of the way in which it would seem that according to typology they are meant to live life with Maslow’s pyramid essentially inverted.

For Intuitives trying to live authentically, there may be an attempt to rely on others or expect the world to help them meet essential physical needs so that they don’t have to spend energy in the grip trying to attain them, instead turning their attention to the theoretical, intellectual, metaphysical, and spiritual. Society, as a general rule however, is usually not terribly sympathetic to the Intuitive’s approach, often perceiving such behavior as laziness, incompetence, and/or entitlement.

While it may be easy for Intuitives struggling with this problem to feel sorry for themselves, modern society has in many ways become much more amenable to their plight as advances in technology have made many of the Si discomforts of the past but faint memories (outhouses anyone?). Additionally, jobs have transitioned from bring primarily manual labor based with computer technology and the internet becoming one of the most favorable for Intuitive types. And as more social programs that assure a base level of living and healthcare are implemented, the perception of the dog-eat-dog world that INJs find so terrifying is dissipated as well. As always, the creative power and insight that marks Ni will be the INJs redeeming grace.

To learn more about INFJs and INTJs, be sure to explore our books:

How INTJs & INFJs Deal with Disappointment