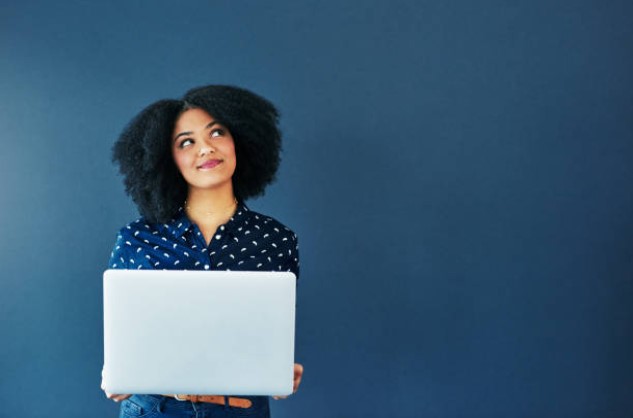 We’ve all heard of and have probably experienced what’s known as the “opposites attract” phenomenon. Engaging with our temperamental opposite is like fitting two puzzle pieces together, as each contributes something the other lacks. While this can generate a profound sense of chemistry and connection, we often have difficulty explaining it rationally.

According to type theory, the rational explanation (spoiler alert) is that attraction to our typological opposite is an external symbol of a deep psychological need—connecting with and integrating our inferior function. In other words, partnering with our opposite is like a dress rehearsal for what Jung called individuation, a process of developing and harmonizing all of our type’s functions.

It’s therefore no surprise that most of us, however unwittingly, devote the same attention to our inferior function as we would to a potential soulmate. Little inspires us more than the hopes, dreams, and ideals associated with our inferior function. In a sense, it’s our carrot on a stick, the thing we keep chasing but can never seem to fully capture or satiate.

The Inferior Function in Introverts

According to Jung, all the introverted types utilize a dominant function which is introverted in its orientation (e.g, Ni), as well as an inferior function that is extraverted in nature (e.g., Se).

Given that introverts’ auxiliary and inferior functions are extraverted, they share some of extraverts’ interest in the new and the novel. Perhaps the main difference is introverts are more reluctant to act on such impulses. They will daydream or fantasize about pursuing inferior function novelties, but may go no further than that. Anxiety, laziness or other factors may deter them from acting on their interests. However, when the stakes are low, or on occasions where introverts have the requisite courage and energy, they will take the bait.

Since there are four different extraverted functions (i.e., Ne, Te, Se Fe), the sorts of novelty introverts pursue will vary according to their type. So let’s take a moment to explore some of these distinctions.

ISTJs and ISFJs use Introverted Sensing (Si) as their dominant function, and Extraverted Intuition (Ne) as their inferior function. These types commonly seek Ne novelty through humor, reading, arts and crafts, and generating creative ideas or connections.

Nearly every ISJ I’ve met seems to enjoy crosswords or other types of puzzles, which allow them to combine their Si knowledge with Ne brainstorming and cleverness. While most ISJs aren’t terribly witty or outwardly silly, many appreciate humor and will regularly seek it out. As a child, an ISTJ relative of mine would frequent her local Hallmark store to peruse its humorous cards. Another ISTJ I know enjoys reading and sharing funny quips or stories on Facebook. She also enjoys enlisting her Ne to drum up creative gift or home improvement ideas.

Moreover, many ISJs enjoy attending religious services, which allows them to hear familiar stories (Si) presented in novel ways (Ne). They also like to visit thrift or antique shops in hopes of finding novel applications (Ne) for preexisting (Si) goods.

INFP and ISFP types use Introverted Feeling (Fi) as their dominant function, and Extraverted Thinking (Te) as their inferior function. As P types, IFPs are generally better viewed as novelty seekers than ISJs. However, we will limit our discussion here to how IFPs seek novelty in a Te sense.

One INFP I know is a perpetual “job hopper,” constantly scoping out and switching jobs. When asked, she can typically cite a number of reasons for switching jobs, but one could argue that she’s ultimately a novelty junkie. Each new job comes with a different set of Te challenges which, once mastered, becomes less appealing to her.

IFPs (especially INFPs) may also seek Te novelty by exploring logic (T) based subjects like math, science, philosophy, engineering, computer science, or auto repair. Each new Te theory or skill they master might be seen as a sort of inferior function conquest. These conquests are particularly rewarding if IFPs manage to marry them with their Fi values in a way that allows them to effect positive change.

Organizing is another form of Te conquest for IFPs. Many enjoy using planners, spreadsheets, closet organizers, how-to books, and related tools to imbue their lives with a greater sense of order and control.

INFJ and INTJ types use Introverted Intuition (Ni) as their dominant function, and Extraverted Sensing (Se) as their inferior function.

It’s relatively easy to see how INFJs go about seeking Se novelty. Many are connoisseurs of Se finery— food, wine, art, and fashion. The television show Frasier, while hyperbolic, offers a telling look at how NFJ types—Frasier (ENFJ) and Niles (INFJ)—are prone to idealizations and pursuits of Se novelty. I’ve also known a handful of INTJs who operate similarly, as well as several in popular culture. Vogue’s editor-in-chief Anna Wintour, for instance, strikes me as an INTJ of this ilk.

In addition to appreciating and acquiring works of art, many INJs try their hand at creating art. They commonly enjoy the visual arts, be it sketching, painting or graphic design. I’ve known others who’ve pursued the culinary arts. INTJs, in particular, are drawn to the martial arts with surprising frequency.

All these pursuits illustrate INJs desire to materialize or instantiate their Ni ideals in some form of Se particular. As long as INJs are living only in their heads (Ni), it’s hard for them to feel connected to the concrete world around them (Se).

INTP and ISTP types use Introverted Intuition (Ti) as their dominant function, and Extraverted Feeling (Fe) as their inferior function.

Not surprisingly, one of the main themes of Fe novelty seeking for ITPs involves being around people. However, because some ITPs feel uncomfortable with direct social interaction, especially with strangers, the social novelty they seek may be more tangential. For instance, many ITPs are bona fide “people watchers.” Simply observing people in a public space—taking in the noise, the bustle, and human diversity—can be rejuvenating for ITPs. It also allows them to learn about F matters in a way that feels safe and non-threatening.

That said, people watching is really only “Feeling 101.” ITPs seeking deeper F development must actually engage with people on a regular basis. Unfortunately, when ITPs take a risk and put themselves out there, the experience often fails to live up to their Fe ideals. This of course is common for all inferior issues—the reality is rarely as magical as the dream. Hence, some ITPs with a track record of relational failures or let-downs may become cynical or nihilistic, which serves as a defense against further hurt or disappointment.

Another strand of Fe novelty seeking is entertainment. Music, film, television and literature allow ITPs to get their emotional or people fix right from the comfort of their own homes. As we saw with INJs, entertainment allows ITPs to get out of their heads and open themselves to their inferior function. I discuss Fe inferior function more extensively issues in my books, The INTP and The INTP Quest.

The inferior function is a fascinating and grossly underappreciated psychological factor, serving as a powerful motivator for all types. Most of the time, it motivates us by way of fantasy. Namely, the dream of reaching the inferior, however vague or inchoate, furnishes the requisite energy and purpose for our continued striving. I sometimes wonder if we aren’t reluctant to fully actualize it for fear that a “dog catching its own tail” scenario might ensue. In most cases, we forge a compromise between developing the inferior, on the one hand, and perpetuating it as a fantasy or mystery, on the other.

To learn more about introverts and the inferior function, be sure to explore our books: