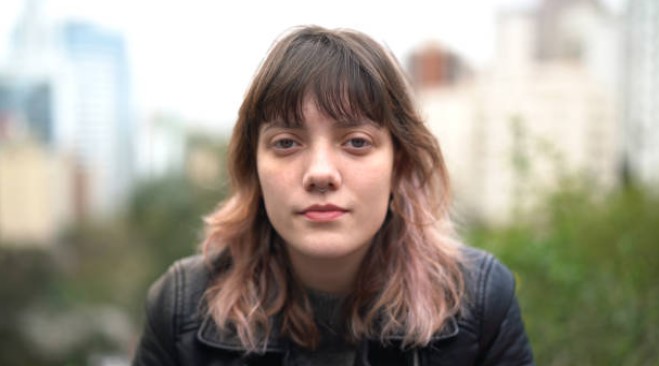 Intuitives are curious souls. Exhibiting higher levels of Big Five openness, they explore and appreciate a breadth of values, ideas, aesthetics, and lifestyles. Connoisseurs of culture and its nascent ideas, many are animated by a cosmopolitan spirit.

Part of intuitive culture involves “being in the know” about things— both culturally and intellectually. This includes understanding history, current events, arts and culture, and the like. Many intuitives see liberal arts education, be it formal or informal, as essential to a healthy and vibrant democracy.

Intuitives also tend to hold science and scientific expertise in high regard. Their openness to ideas, as well as their concern for abstract or unseen truths, readily lends itself to an appreciation of the scientific enterprise and its discoveries. Moreover, peer pressure from other intuitives can play a role, with skeptics of modern science being perceived as misguided, even potentially threatening to the safety and progress of society.

Strangely, despite their scientific affinities, intuitives are not immune from mystical, magical, and unusual sorts of ideation. We know that Myers-Briggs intuition (N) maps onto Big Five openness, and openness has been shown to relate to schizotypy, whose symptoms range from states of dissociative imagination (e.g., daydreaming) to severe forms psychosis, such as schizophrenia. One aspect of schizotypy involves unusual thoughts and perceptions, which can include hallucinations or magical / superstitious thinking.

So how do we make sense of this ostensible discrepancy between intuitives’ respect for science, on the one hand, and their proclivity for magical or unusual thinking, on the other? To shed light on this quandary, let’s start with an examination of intuition.

The Nature of Intuition

Jung defined intuition as the function that “mediates perceptions in an unconscious way… and has the character of being given.” Rather than utilizing active deliberation, as commonly seen in thinking (T) types, Jung envisioned intuition as working passively and largely subconsciously. And because the origins of intuitions are obscured from consciousness, when they finally emerge, they often catch us by surprise.

Jung also saw intuitives as having a closer relationship to the subconscious and thus readier access to intuitive knowledge than other types. Indeed, for N dominant types (i.e., INTJ, INFJ, ENTP, ENFP) in particular, intuitions may seem less surprising or magical due to their frequency and familiarity. Some intuitives report feeling like they inhabit a perpetual dream state—hovering between the conscious and unconscious realms—and thus experience only a tenuous connection to physical reality.

To sensing (S) types, intuitive knowing is apt to seem more magical, perhaps even miraculous, in its workings. How, after all, does something (an intuition) emerge out of nothing? Some may even interpret their intuitions as divine revelations, that is, as insights from a source outside themselves.

We should also underscore the sense of conviction which may attend intuitive knowing, which often leaves the recipient with little doubt of its veracity. The truth of an intuition is thus experienced as certain and self-evident. Over the course of history, an untold number of spiritual, technological and scientific insights have been delivered at the hands of intuition.

In this light, it’s easier to see why intuitives might be construed as engaging in magical or unusual thinking, as intuition itself is an unusual, or to put it more positively— extraordinary—way of knowing things. There’s a sense in which the subconscious, in manufacturing solutions to otherwise intractable problems, might seem to have God-like capacities.

Intuitives may therefore be unsure of where to draw the line between “reality” as described by science and that disclosed through their own intuition, especially if the two are in conflict. As we will discuss next, intuitive types may differ in the extent to which they allow these two realities to inform their understanding of things.

It’s not unreasonable to suspect that key differences among intuitive types might lie along thinking (T) – feeling (F) lines. This seemed to be David Keirsey’s belief. In his book, Please Understand Me II, Keirsey describes NT types as Rationals and NFs as Idealists. Although those who history has dubbed “rationalist philosophers” (which to Keirsey’s credit, were most certainly NT types, e.g., Spinoza, Descartes) relied more on intuitive and deductive methods than empirical scientists, the connection between the NT personality types and science remains fairly robust.

In my experience, NTs, on the whole, do appear less disposed to magical thinking than their NF counterparts. It’s hard to say, however, to what extent this is a learned versus natural propensity. For instance, NTs who fancy themselves intellectuals quickly learn that science is treated more favorably by intellectuals than magical or mystical thinking, which is commonly disparaged as “pseudoscience.” Hence, even N dominants (INTJ and ENTP types) may subject their intuitions to heavy doses of auxiliary thinking (T) to ensure they pass muster among modern intellectuals.

NF types may also exhibit scientific interest, although somewhat less commonly than NTs. Of the four NF types, the ENFP seems most disposed to magical thinking. I’ve known a number of ENFPs, for instance, who claim to see auras and feel they have some form of psychic or extrasensory perception. Although INFJs also lead with intuition (for ENFJs and INFPs, intuition is auxiliary), they tend to be more left-brained and analytical than ENFPs, as well as less likely to interpret their intuition as supernatural or paranormal in its workings. Just to be clear, I’m not intending to cast judgment on ENFPs, but am simply relaying my observations. Moreover, although ENFPs seem more disposed to magical or unusual sorts of ideation than other types, this is by no means true across the board. Many ENFPs see themselves as creative and spiritual, but without any sort of paranormal abilities.

There’s also been some interesting research done on Big Five openness with respect to this topic. A recent study looked at the relationship between openness and schizotypy. The researchers found that a subset of openness traits—openness to ideas, values and actions—were negatively correlated with schizotypy and unusual perceptions. However, the other three aspects of Big Five openness—openness to aesthetics, feelings, and especially fantasy—were shown to be associated with unusual perceptions. One can see how these findings might also be interpreted along T-F lines.

Intuitives may also differ in their strength of N according to whether one or both of their parents are intuitives. Those with two N parents (especially N dominants) may inherit more pronounced N capacities compared to those with S parents. Moreover, those with N parents, along with high openness to fantasy, may be particularly prone to magical thinking or unusual thought patterns. Chances are they will also be highly creative. Indeed, it’s hard to imagine the Picassos of the world as not having unusual modes of thought. In other words, unusual ideation need not be viewed negatively, as it often comes with significant creative and spiritual upsides.

Cultures always have their norms, including shared beliefs about how the universe operates. Although modern societies have become increasingly pluralistic in their beliefs, science and its sister field—technology—continue to play a central role in shaping our collective understanding.

Even if religion is now playing a smaller role in the public forum of ideas, humanity’s craving for meaning has not diminished. For some intuitives, certain types of magical or mystical belief preserves the sense of mystery that is lost when viewing life mechanistically. Moreover, some intuitives may have such unusual or magical experiences that believing elsewise would blatantly contradict their subjective experience of reality. Individuals with more “normal” or conventional intuitions may lean further toward science, or may hover somewhere between the notions that “everything can be explained scientifically” and “life is spiritual, ergo anything is possible.”

Consciousness itself has a sort of spiritual or magical quality. Even atheists like Sam Harris have mused that it “almost seems like a miracle.” The difficulty of explaining the unique qualitative features of consciousness has been famously described by philosopher David Chalmers as “the hard problem of consciousness.” Add to this the uncanny and powerful capacities of the subconscious, and intuitives find themselves in a rather strange predicament. They can choose to deny that there’s anything special about consciousness, as many scientists are wont to do. Alternatively, those with a religious bent may prefer to see consciousness as unique and essentially distinct (e.g., souls) from other aspects of the physical universe. Still others may wish to remain open and withhold judgment on the issue, at least until further information—be it scientific or experiential—convinces them otherwise.

If you’re an intuitive (N) perceiving (P) type and would like to better understand your personality, life purpose, career path and more, we encourage you to explore our online course, Finding Your Path as an INFP, INTP, ENFP or ENTP.