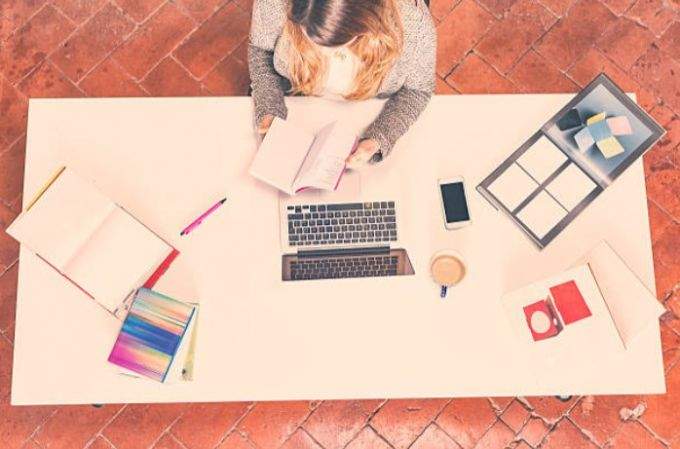 The Intuitive personality types are reflective, contemplative, and interested in exploring concepts, ideas, meanings, and interpretations. It is therefore unsurprising that many Intuitives seek careers or disciplines that allow them to work with ideas. This leads us to the question of what sorts of careers, majors, and disciplines are best suited for the various Intuitive personality types.

Before we begin our analysis, I’d like to point out that for NF types (e.g., INFJ), as well as NTPs, it may not always be desirable to go the formal education route. NFs often do well as creative writers, artists, or designers, pursuits which may not require a college education. Others, such as Steve Jobs (ENFP), may make great entrepreneurs. Similarly, NTPs can excel as independent investigators, creatives, or entrepreneurs. The reason I excluded NTJs from this mix is because they have Extraverted Thinking (Te) high in their function stack. Their Te makes them better suited for a host of academic or professional posts. NTJs can also better appreciate (or at least tolerate) the Te rules and structure of the modern world. While not to the same extent as NTJs, NFPs may also display a certain tolerance or sympathy for the Te infrastructure, since they too have Te in their function stack.

The academic world is commonly divided according to the arts and humanities, on the one hand, and math and the sciences, on the other. The primary categories of the humanities include things like history, religion, philosophy, languages, literature, law, linguistics, and the arts. The sciences might be roughly divided into computer science, the organic sciences (e.g., biology), the inorganic sciences (e.g., chemistry, physics), the social sciences (e.g., psychology, sociology, political science, etc.), and the applied sciences (e.g., engineering, technology, health/ medical sciences). With respect to typology, the dividing line between the sciences and humanities is commonly said to be one of Thinking versus Feeling. While there is likely a kernel of truth in this distinction, we need to be far more specific in our analysis. In this vein, we will explore these issues in terms of the Myers-Briggs functions and function pairs.

As suggested above, Te is the function that is most conducive to the modern world of work. It can be applied for the sake of scientific research, technology, administration, legislation, etc. Since Te insists that everything be measurable and quantifiable, its connection to and need for mathematics is clear. While Te may be used for the sake of understanding (e.g., theoretical science), it tends to be more practical and application focused than Ti is. From a practical standpoint, its goal is to create efficient and unambiguous rational systems, including liberal use of definitions, classifications, rules, and policies. Since Te is paired with Fi in the function stack, we cannot ignore its role in informing, motivating, and orienting the interests of TJ types. Therefore, the reasons that an ENTJ (or INTJ) opts for a particular career path is often be a personal one (Fi), motivated by his or her personal values or experiences that left an indelible Fi impact. While their Fi may generate some level of interest in the arts or humanities, they are better suited to perform work utilizes more T than F. It is okay for NTJs to informed and motivated by their Fi, but their strengths do not lie in Feeling evaluations or expressions.

As a Judging function, Ti seeks closure. While it does not seek “hard facts” like Te does, Ti does seek “hard truth” in the form of theories and concepts. Therefore, INTPs tend to be less interested in or comfortable with the idea of purely “contextual” or “relative” truths, which are commonly sought, for instance, in historical or anthropological studies. Ti is also less keen on designing or executing highly formalized experiments. Seeking hard facts through controlled experiments is primarily a Te endeavor. INTPs are primarily interested in applying reason to analyze or hone concepts, theories, or methods (Ti), as well as in making connections between existing theories/concepts (Ne). Since Ti is paired with Fe in the function stack, they are often more interested in studying human systems (Fe) than they are physical systems (Te). Therefore, many INTPs tend to shy away from the physical sciences. However, because they still seek “hard truth,” they may also struggle to find a comfort zone in the humanities. And since many of the social sciences utilize some degree of Te methodology, INTPs may have difficulty finding a satisfactory niche in the academic world, a world which seems to mirror the Te flavor of the American working world. Philosophy, theology, certain types of psychology (theoretical, evolutionary, health/medical), or computer science are among the more favorable college majors for INTPs, although the latter may lack sufficient Fe appeal.

Unlike Te, which focuses on physical systems and structures, Fe concerns itself with human dealings. When combined with Ni, it involves a desire to identify abstract laws of human behavior. So just as NTJs are inclined to map out the laws of the physical universe, so it is with NFJs and the human psyche. While their inferior Ti may confer an interest in science, since they don’t have Te in their function stack, most ENFJs don’t feel particularly at home in the formal/ empirical sciences. They may also be drawn to philosophy or religion, but since they are Fe dominants, ENFJs typically opt for more practical careers, such as teaching, counseling, or ministry.

In combination with Ne, Fi corresponds most closely to the arts. I say this in the sense of the arts being largely subjective and idiosyncratic (Fi) compared to the sciences (Te), which are highly formalized and focused on universals. Nonetheless, many INFPs may be compelled by their inferior Te to study math, science, medicine, technology, and the like. But because INFPs’ best tools are Fi and Ne rather than Te, they are generally better suited for work in the arts, humanities, or social sciences. The good thing for NFPs, as hinted at above, is their Te may help them better weather the Te requisites of the academy than might be the case for FJs or TPs.

Ne involves an open-ended exploration of ideas. Ne can lend itself to the arts, entrepreneurship/ inventorship, as well as scholarship. And while it can certainly be used for scientific means (I believe both William James and Einstein were likely ENPs), it is neutral in its relationship to science. As an open-ended Perceiving function, it also confers a comfort with ambiguity and tends to see ideas as fluid and contextual; ENPs have less of a need to hammer down hard concepts than say, INTPs, do. Consequently, many subjects in the humanities (e.g., history, literature, languages), as well as journalism, can be good career matches for ENPs. Each of these areas is concerned with meanings and interpretations (N) in specific contexts (E). Because Ne is always paired with Si, which is concerned with the past, ENTPs and ENFPs are often drawn to subject areas that look to the past (Si), such as history, to gather insights and ideas that can be synthesized and applied to envision future possibilities (Ne). ENFPs, because they have Te in their stack, may be more inclined toward formal scientific study than ENTPs are. They may be especially drawn to the social sciences. In addition to the fields mentioned above, ENTPs, like INTPs, may gravitate toward philosophy, religion, and theology.

Like Ne, Ni can also lend itself to artistic ends. But since it has more of a convergent or analytic flavor than Ne, its creations will often be more technical or classical; it is more constrained and less random/ idiosyncratic than Ne is. Ni also seems more inclined toward hard concepts and classifications; it is less fluid, ambiguous, and relativistic than Ne is. Hence, when combined with Te, it makes for great scientists and theorists of physical/ Te structures and systems (i.e., INTJs). When combined with Fe, it makes for great theorists and analysts of human beings and human systems (i.e., INFJs). Since Ni is always paired with Se, INTJs and INFJs are concerned with interpreting and analyzing (Ni) “what is” (Se). Their Ni also lends itself, through understanding and insight, to foreseeing what a better world might look like. So while INFJs might make great analysts of English literature, for example, they may find doing so less inspiring than working on problems that seem more closely related to bettering the current world (Se) and the lives of people (Fe). The same might be said of INTJs with respect to philosophy. While they can make excellent logicians and philosophers, they may see philosophy as too far removed from the real world (Se). Science, for INTJs, may seem to carry greater potential for application.

If you’re an intuitive hoping to better understand your personality, life purpose, career path and more, be sure to check out our online course, Finding Your Path as an INFP, INTP, ENFP or ENTP.