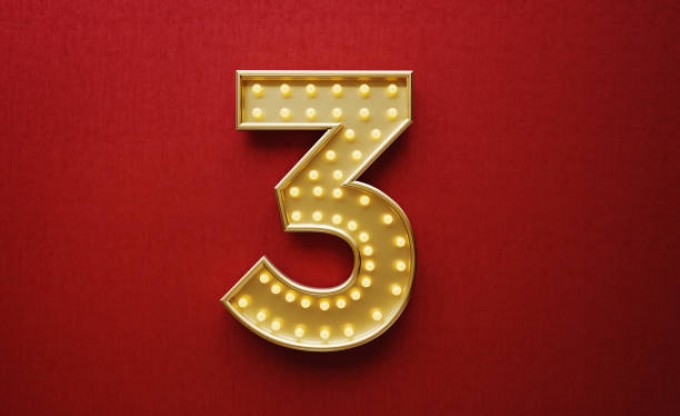 The Enneagram 3, known by a variety of monikers—Performer, Achiever, Motivator, etc.—is one of nine Enneagram types.

While females can certainly identify as Threes, the essence of this type is characteristically masculine, involving a strong sense of personal agency and a drive for self-distinguishment. From an evolutionary perspective, men have long competed with one another in hopes of securing high ranks in the tribal hierarchy, thus gaining access to a greater share of resources, mating opportunities, etc. Threes align themselves with this deeply engrained masculine impulse in hopes of achieving two distinct, but not unrelated, ends: personal excellence and status / recognition.

The strongest or most dominant male in a tribe, or what we might call the “alpha male,” would in all likelihood assume the chief leadership role, as represented by Enneagram type 8. The remaining males (Threes included) would need to find alternative ways of proving their value in order to achieve high levels of rank and status. For many, this involved developing key survival skills, such as those related to hunting or fighting. Stand-out performers were rewarded with rank and resources, lending credence to the “survival of the fittest” notion.

Male tribe members would have also recognized the connection between status and social perceptions, thus making image management a valuable skill. Due to the importance of impressing and garnering favor from others, Threes are often described as image-focused, at times even narcissistic. Problems arise, however, when the Enneagram 3 takes a “win at all costs” mindset and resorts to lying or cheating in order to get ahead. Instead of developing skills that benefit their tribe or society, unhealthy Threes may turn to underhanded tactics to better their position.

The basic dilemma for Threes is the extent to which they should focus on image and status versus mastering something they’re authentically interested in. Should they actually become skilled hunters, or simply find ways of persuading others that this is the case? Should they focus on becoming their best selves, or on convincing others of their value?

Unfortunately, there are many ways in which modern society richly rewards individuals who add little real value to the world (e.g., hedge fund managers), which can incentivize status-driven Threes to operate in morally questionable ways. Threes excel at understanding “how to play the game” in order to be rich or successful. They may also employ rationalizations such as “I didn’t make the rules” to justify their participation in dubious enterprises.

Healthy Threes may also become rich or successful, but instead of adopting the “ends justifies the means” approach of unhealthy Threes, they get there by taking the moral high road. While their path to success may be a bit longer, it comes with the reward of a clear conscience and a deep sense of self-worth. Healthy Threes fashion their lives around integrity and hard work rather than appearances and duplicity.

The Three is somewhat harder to capture via the Myers-Briggs / MBTI than some of the other Enneagram types are. While some Myers-Briggs types seem patently incompatible with certain Enneagram types (i.e., INTP Twos), given the right circumstances, no MBTI type can be completely ruled out when it comes to the Three. Gender may be prove to be an equally or more important determinant than type.

As discussed earlier, one of the hallmarks of Threes is their masculine essence. Hence, we might ask ourselves which Myers-Briggs types can be associated with masculinity. The first thing that comes to mind is the thinking (T) preference, as some two-thirds of males self-identify as T types. On the whole, thinkers are more competitive than feelers and more disposed to acting out of self-interest. Research has also associated the thinking preference with achievement-striving.

Another Three-related MBTI preference is extraversion (E), which is also associated with achievement-striving. One might also argue that extraverts are more image conscious than their introverted counterparts. Myers-Briggs judging (J) might contribute to achievement-striving as well, although ENTJs and ESTJs seem equally or more likely to test as Enneagram Eights.

It’s also worth noting that other Enneagram types may sometimes appear to be achievement-oriented, but are actually driven by other motivations. A number of famous feelers, for instance, are animated largely by moral or artistic interests. So even though they’ve achieved fame and success, such individuals may be better typed as Ones, Fours, Sevens, etc. By contrast, Threes seem more likely to value status, achievement, and “winning” for its own sake.

Finally, factors like birth order may also play a role in determining who becomes a Three, as research indicates that first-borns tend to be more achievement-oriented than later-borns of the same sex.

According to Enneagram theory, each personality type can assume characteristics of one of its neighboring types. Threes thus have the option of adopting either a 2 or a 4 wing. Interestingly, both of these wings have a more feminine essence and can thus help counterbalance the Three’s masculine tendencies.

The Enneagram 2, otherwise known as “The Helper,” contributes an element of altruism and a desire to help others. The 2 wing therefore helps balance Threes’ focus on themselves and their own accomplishments. We can find plenty of 3w2 types in careers like politics (e.g., Bill Clinton) which combine status / achievement with public service.

The Enneagram 4 is often called “The Artist” or “The Individualist.” The 4 wing can be seen as adding an element of self-awareness, as well as an interest in honing one’s craft. Greater self-awareness can help Threes better understand their own personality traits and tendencies, as well as ways in which they might improve themselves from the inside out. For example, instead of focusing primarily on managing their public image, the 3w4 type might work on developing an authentic identity independent of the outside world. Not only can this furnish them with valuable self-knowledge, but can enhance their self-worth and sense of personal integrity.

Because Fours typically prefer intuition (N) on the Myers-Briggs, intuitive Threes are more likely to adopt a 4 wing than sensing (S) Threes. Early in life, the 3w4 type may prioritize status and achievement over mastering their craft, but with the flowering of their 4 wing, the balance may shift. The opposite is true for the 4w3 type, who initially focuses on her craft and only later becomes more concerned with public recognition for her work. Either way, types 3 and 4 are worthy complements to each other, with each contributing something the other lacks.

Opinions of the Enneagram 3 will differ by personality type. Fours and Fives, for instance, tend to be wary of Threes. In their view, if something looks too good to be true, it probably is. Other types may venerate and try to emulate the Three’s successes and accomplishments.

Of course, every personality type has its strengths and its weaknesses. One challenge for Threes involves keeping their self-interests in check in order to avoid hurting others along the way. Another is to focus less on impression management and more on contributing something of lasting value to themselves and society. Threes can achieve both of these things simultaneously if they can identify and embrace an authentic passion, something that extends beyond mere status-seeking. This might entail helping others (3w2) or creating something unique or beautiful (3w4). Fortunately, Threes rarely run short on drive and effort, which can take them a long way regardless of the path they choose.

If you’re looking to better understand your personality, life purpose, career path, and more, be sure to check out our online course, Finding Your Path as an INFP, INTP, ENFP or ENTP.