According to Jungian theory, each personality type is comprised of multiple functions (e.g., Ni-Fe-Ti-Se). And because each function has its own unique set values and desires, inner tensions can arise among the functions as they vie to have their respective needs met. Hence, in many regards a type resembles a community, constantly working to maintain the health and happiness of its constituents.

Jung took a rather favorable view of the unconscious, possessing special capacities which are effectively absent in the conscious mind. Among other things, he saw the unconscious as the principal creative resource for our psychological struggles, adept at manufacturing solutions for type-related conflicts. Even more, the unconscious serves as a storehouse of human potential, furnishing ideas and insights for self-development across the lifespan.

We can now understand why the inferior function, in functioning as a portal to the unconscious, might be seen and experienced as critical to the health and vitality of the psyche. This is consistent with my observations which suggest that most people, wittingly or not, seem to devote a surprising amount of attention and resources to their inferior function.

INFJ & INTJ Types and the Case of Nietzsche

INFJ and INTJ types (“INJs” collectively) share the same dominant function—Introverted Intuition (Ni)—and inferior function—Extraverted Sensing (Se). Consequently, these types can be seen as having much in common as they wrestle with the perpetual challenge of reconciling Ni and Se.

In his classic work, Psychological Types, Jung provides a number of case studies which examine the struggles of individuals of various personality types. His most noteworthy study of INJs can be found in his analysis of German philosopher Frederich Nietzsche. 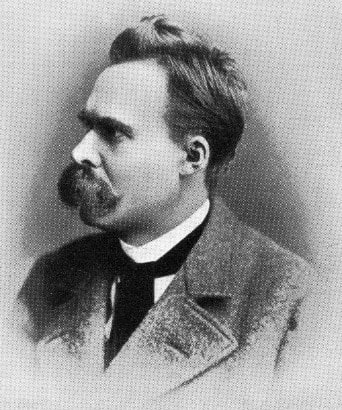 There’s debate as to whether Nietzsche was an INFJ or INTJ. This alone points to the substantial overlap between these two types. While I am not entirely certain of Nietzsche’s type, I suspect that his male gender has contributed to perceptions of him being an INTJ. Suffice it to say that sorting out his type would likely require an extensive study of his life and work, which we unfortunately don’t have space for here.

As a general rule, we can learn a lot about the personality type of writers based on the sorts of characters or concepts they choose. For instance, many novels are written by INFPs and commonly feature some version of INFP protagonist. Novelists can thus be seen as exploring solutions to their own type problems through their characters. The same is true for philosophers, including Nietzsche, with regard to the problems and concepts they focus on.

Before diving in, I should disclaim that I’m not a Nietzschean scholar, nor was Jung. As far as I can tell, Jung didn’t have an extensive understanding of Nietzsche, contributing to certain mischaracterizations in his case study. However, I still consider Jung’s analysis useful insofar as it illustrates the sort of typological struggles INJs may undergo.

The Apollonian (Ni) vs. Dionysian (Se)

Jung bases his typological examination of Nietzsche on two contrasting character types described in Nietzsche’s The Birth of Tragedy—the Apollonian and the Dionysian. In Jung’s view, these character types furnish insight into Nietzsche’s own type and its inherent dilemmas.

In Greek mythology, Apollo and Dionysus are sons of Zeus. According to Wikipedia:

If we assess Nietzsche’s type in light of this description, INTJ would seem most likely, with Apollo representing INTJs’ dominant Ni and auxiliary Te functions, and Dionysis corresponding to tertiary Fi and inferior Se. For the remainder of this discussion, however, we will generally associate Apollo with Ni and Dionysis with Se.

Nietzsche was a huge fan of Greek tragedies, seeing them as the ideal art form insofar as they effectively portrayed and reconciled the Apollonian and Dionysian themes. However, the tragedies started to degrade, according to Nietzsche, once they began incorporating Socratic rationalism and moving too far in the Apollonian direction. 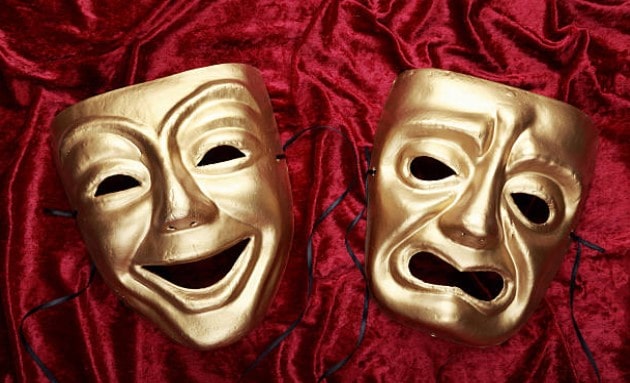 Like all types, Nietzsche found particular inspiration in his inferior function (Se), as embodied by the Dionysian, which he characterized as an impulse toward intoxication. Jung interprets it as “the liberation of unbounded instinct” and “unbridled animal dynamism.” This is consistent with what we know about Se—the most primal and instinctive of the eight functions. In Jung’s words, “instinctuality and intemperance are the hallmarks of sensation.”

With this in mind, we might frame the INFJ / INTJ type problem as a struggle to reconcile their abstract ideals and perceptions (Ni) with their primal instincts and desires (Se). Jung writes that Nietzsche was inclined to see art as the solution to this dilemma, but Jung raises concerns with Nietzsche’s approach. Namely, Jung asserts that the Greeks did not approach the Apollo-Dionysus dilemma as an aesthetic problem, but as a religious one. He thus characterizes Nietzsche’s aesthetic solution as “a modern bias.” Jung admits that aestheticism might serve a substitute for a religious solution, but expressed doubts regarding its adequacy, arguing that the aesthetic attitude “guards against any real participation and prevents one from being personally implicated, which is what a religious understanding of the problem would mean.” He goes on to say that the aesthete “holds himself aloof in front of the problem.” Just to be clear, Jung isn’t advocating for any particular version of religion, but is largely emphasizing the necessity of personal involvement or transformation, rather than merely resorting to the ostensible safety of detached aestheticism.

Jung further claims that Nietzsche had an inkling of the real solution when he suggested that the problem wasn’t solved by art, but by a “miracle of the will.” Jung considers this to be the transformative / religious solution that is required, which will likely emerge from the unconscious. As we discussed earlier, Jung saw the unconscious as the go-to resource for type-related problems, believing that it alone can generate the solutions required to bridge the gap of opposites.

Later in Psychological Types, in his description of the Ni type, Jung adds that developing the judging functions (i.e., T and F) requires INJs to move beyond mere perceptive concerns and to consider their personal role and relationship to their Ni vision: What does this vision mean for me or the world? What emerges from it in the way of a task or duty?

Although Jung emphasizes the role of the unconscious in reconciling opposing functions, INJs’ development and incorporation of their judging functions appears to be another way of bridging the gap. Thus, instead of merely observing and taking in the world, INJs can ask what they can give back and how they can strengthen their will to do so effectively. Shifting toward the judging functions in the middle of their function stack allows their type’s energy to be better distributed, thus alleviating some of the tension and conflict between Ni and Se. Perhaps Nietzsche’s use of the term “will,” including his famous “will to power” notion, was in some sense symbolic of this. After all, perceptions are experienced as largely given or received, while judgments are considered more volitional and willful.

Even in my limited familiarity with Nietzsche, I’m confident he understood that perception alone couldn’t save him. Jung unfortunately failed to fully acknowledge that for Nietzsche the Dionysian (Se) was not merely aesthetic, but a vital impulse that inspired him to live life to the fullest. Nietzsche realized, as much as any INJ, that detached contemplation wasn’t enough. INJs cannot dream and observe forever, but must at some point become active and willful participants in life. If INJs content themselves with staying on life’s sidelines, they’ll never achieve a complete understanding of what it’s like to truly live.

Learn More about INJs in Our books:

How INTJs & INFJs Deal with Disappointment

Learn More about
Your Type!