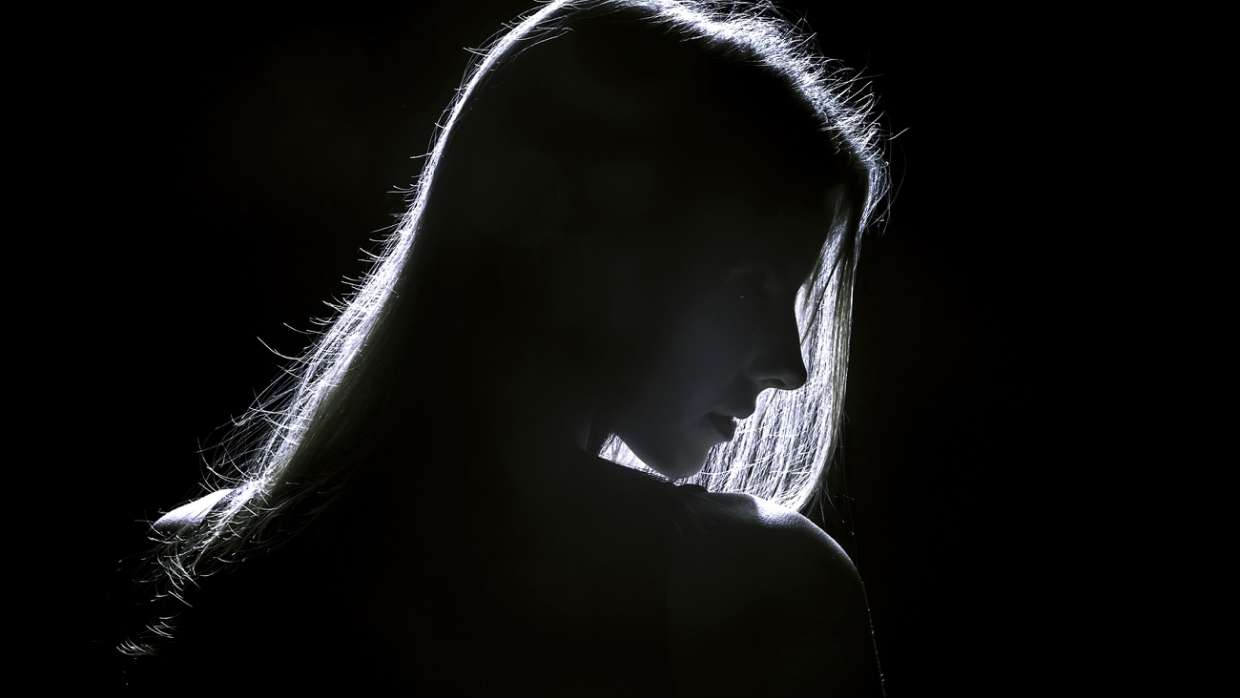 It’s a known rule in the dichotomous world of typology that the development of preferential strengths predictably gives rise to corresponding weaknesses, or blind spots. INFJs, while gifted with the ability to detect hidden ego motives in others, are not always able to translate this insight toward themselves. Their intimate knowledge of the psychological process may poise them ahead of others in terms of potential for individuation early on, but nothing guarantees that they will necessarily capitalize on this potential for their own growth and maturity. Like all the types, they are not immune to the propensity to be seized by grip experiences, etc. Here, we intend to bring to light the particularly ‘touchy’ areas that may plague the INFJ whose continued reputation as “other worldly” may be obscuring the fair representation of some of their more “human-like” shortcomings. (As a sidenote: the fact that this bit of writing actually comes from an INFJ should silence concerns of outsider bias.)

“Negative” Aspects of the INFJ

As with all types, what primarily imbues the INFJ with “negative” aspects or “shortcomings” is less an innate fault of the type itself and more particularly a product of the level of growth or individuation (or lack thereof) in that individual. Most other criticism of the INFJ, particularly if the INFJ is acting authentically and not in the grip of the ego, is subjective distaste from the observer likely resulting from that observer’s lack of preference for any of the INFJ’s predominant functions. In other words, it wouldn’t be fair, or even accurate, to claim that a negative aspect of the INFJ is that they use too much introverted intuition (Ni), since this is their dominant function! What other choice does the INFJ have? It would be more appropriate to criticize a particular abuse (i.e., user error) of Ni than to call Ni in itself inherently “negative.” With that said, for those INFJs who are early on in their individuation process, who haven’t figured out how to balance the inferior functions with their dominant ones, or who don’t wield their dominant functions with humility, negative traits absolutely emerge.

As previously noted, the INFJ’s reputation as prophetic, insightful, “spiritually wise,” etcetera, precedes the INFJ herself. The mystical nature of this “elusive” type is a credo that has pervaded MBTI internet discussion boards and books authored by established typological experts alike – a credo, in my observation, that INFJs are happy to propagate. After all, there is something romantic about this perception of the INFJ as rare and unusual (such rarity inspires practically everyone to want to identify as an INFJ!) It would be fallacious to suggest, however, that “rare” necessarily translates to “special” or “favored.” INFJs who (ab)use their “1th” percentile status in support of the idea that rarity is the central defining characteristic of the INFJ and a great way to set them apart from the rest of the typological “riff-raff” are missing the point. At worst, combine this with an immature or undeveloped INFJ’s propensity for “know it all” behavior and you have a killer recipe for offending a heck of a lot of people.

Without a doubt, the most frequent complaint about INFJs (or the INTJ for that matter) is the way in which their unswerving devotion to their own visions and intuitions causes them to be closed off to alternative opinions or arguments. Ne refutations seem to bounce off undeterred INJs like plastic BB pellets launched against a solid steel wall. To many types, particularly those with Ne, this reads as closed-minded and narrow-visioned. But Extraverted Perceiving is not INFJs’ conscious forte; in fact, it’s the weakest of their four primary functions (Se). And if the firm Ni/Fe convictions of the INFJ are going to be changed or overruled, it’s typically through a sensory encounter a la their inferior Se. In other words, theoretical debates and counter-arguments (of the Ne variety) are unlikely to have much, if any, power to change the mind of an INFJ. For an INFJ, the proof is in the pudding – and they’ll only change an intuitive conviction if experience demands it.

Where INFJs can get particularly tripped up is in their attempt to control the Se world to meet their Ni visions. This method stands in direct opposition to the natural flow of their function stack (i.e., letting the Se world inform their Ni visions). INFJs operating in this mode can be particularly stubborn and perfectionistic about how a plan materializes. When things don’t exactly unfold according to the Ni “vision” (and they never do!) the INFJ can become unglued. This is particularly true in situations where others may be depending on them or loved-ones are involved.

For example, an INFJ responsible for planning a big 30th wedding anniversary party for her parents does everything in her power in the planning mode to make sure the soiree is beautifully prepared (Se) and others are comfortable and happy (Fe). The INFJ’s power of visualization is incredible thanks to Ni; in the INFJ’s mind’s eye she can see how the tables are laid out, the music, the mood, the invitations, etc. But when the big day comes and the food arrives late, the weather is unbearably hot, and the people are cranky, the INFJ (who of course didn’t consider a “back-up” plan – this would have been far too practical) becomes frustrated, emotional, and stressed out. There is a tendency to take personal responsibility for Se failure (bad weather, the caterer being late). The INFJ figures if she had only planned it better somehow this might have been avoided. The entire “disaster” is perceived as a personal attack on the INFJ’s inferior function, her ST “blindspots” and ultimately her ego.

For those unfortunate souls attempting to console an INFJ dealing with such a letdown, there can be an equal sense of frustration. Once the INFJ’s vision fails to come to fruition and she falls into the grip of her inferior function, acting logically goes out the window. Instead of being open to a modification of the plan, the INFJ holds on ever more tightly to the original vision, feeling as though this is the only way to correct the problem. The INFJ is then caught in a paradox. To sacrifice the Ni vision would mean giving up the dominant function, the very center of her “sense of self.” She is, understandably, loathe to do that. But ultimately what the INFJ must realize is that this has been an illusion. What is touted as “a commitment to the Ni vision” is really a veiled commitment to the Se outcome. Of course, the line between Ni and Se is incredibly thin (where does an object end and the concept behind it begin?), which accounts for the ease at which they (and other types) accidentally fall prey to such illusions.

As dominant Ni/Fe types, INFJs can be rather impervious to “facts” – particularly facts of an Si/Te nature. Interestingly, they actually seem to elude the INFJ more than they do the INFP thanks to the more “practical” tertiary/inferior combo of Si/Te of the INFP. INFJs typically pay little attention to previously established rules or laws, many of which can seem arbitrary and “non-intuitive” to the INFJ (e.g., “How was I to know that parking on this particular street is for 1 hour only?”). Established “customs” of the Te variety are unlikely to be known in the first place – let alone remembered! This obliviousness causes INFJs to feel like constant victims of Si/Te procedural and bureaucratic oversights (typically the oversight is theirs of course!): penalty fees for missing a deadline, returned forms for forgetting to include an ID number, etc.

INFJs make conclusive decisions based on intuitive analysis (Ni) provided by current information absorbed in sensing the environment a la Se (and in particular, social-psychological information thanks to Fe). And while they may be adept at doing what’s “socially customary” thanks to Fe, they have a much harder time navigating when it comes to doing what is “bureaucratically customary.” As such, they have reduced patience for STJ types, often feeling that their Si/Te methods are more of an impediment to progress than an actual aid. They may rail against STJs as being short-sighted, arbitrary, bureaucratic, obsessed with useless facts and trivial details, overly-finicky about meaningless issues, and unable to see the big picture. The simple fact is INFJs cannot value Si/Te things as a good investment of their time and energy and they begrudge occasions where they’re forced to “waste time” following protocol. This makes INFJs particularly inefficient and ill-suited for certain administrative work, particularly where following protocol is of utmost importance. Any INFJ expected to do this kind of work for an extended period of time is likely to become restless, agitated, and resentful. Unfortunately, folks expecting reliability and consistency from an INFJ worker will usually be woefully disappointed when they discover the INFJ cannot be trusted with “seemingly easy and straightforward tasks.” Employers may grow frustrated with an INFJ administrative assistant who sets up a document index a different way every time she does it.

One of the most unflattering traits, typically plaguing less individuated INFJs, is their propensity to be extreme in their expectations of others and severe in their judgments of those who fall short of those expectations. From a young age, the INFJ innately senses the difference between behavior that is authentically motivated (i.e., spiritually and psychologically healthy) and behavior that is inauthentic or ego driven (i.e., spiritually and psychologically destructive). Respect out of duty isn’t freely given by INFJs who (to the chagrin of their elders) tend to see adults and children through the same lens and then judge them by this universal qualification: authenticity. If respect has been earned and the INFJ intuits an individual to be primarily authentic (or at least trying to live more authentically), it can be a huge letdown for INFJs when that individual shows him or herself to be a “sinner” or imperfect. Truly, the INFJ doesn’t feel she is being unreasonable, since these are the same (perhaps even less stringent) expectations she places upon herself. Often, it isn’t until the INFJ’s tertiary Ti comes into play that she begins to rationally understand typological differences and thereby exercises greater patience and grace for some types’ need to learn (what in her view amounts to) “the hard way.”

INFJs must be careful not to let their psychological wisdom generate an air of moral superiority. Doing so can and does alienate them from those who might seek out their guidance and help. Shooting themselves in the foot in this way restricts INFJs from making an actual difference in the world since Fe social connection is the channel through which their intuitions are converted to outward change (Se). Potentially worsening matters, some INFJs, after alienating others with their unrealistic expectations, assume martyrdom, pitying themselves for being isolated by society for having “noble intentions.” What INFJs may fail to realize is that their “high expectations” may be more linked to their desire to control for Se than anything else (much like in the example of the anniversary party gone awry.) Again, learning to loosen the ego’s grip on controlling the Se outcome and instead focusing on Ni more as a way to interpret what is rather than as a way to foresee what should be, will help them live more authentically and healthily. 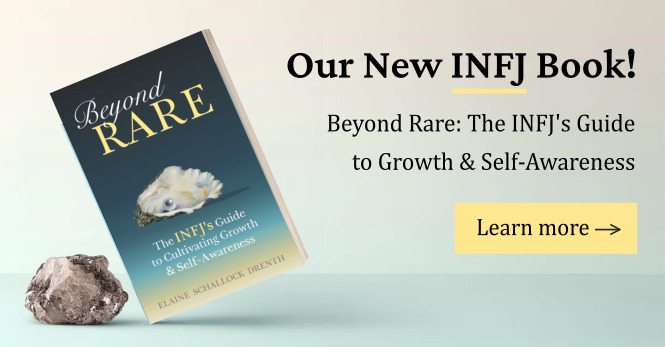