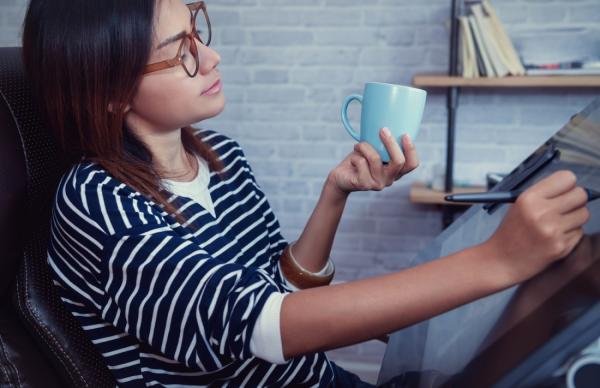 What follows was originally posted by Elaine Schallock (INFJ) as a response to a question about INFJs as artists:

“Art” as it’s typically understood in colloquial terms generally refers to a fairly narrow set of talents primarily limited to expression in the “Sensing” fields (visual arts, musical arts, culinary arts), but I’m not convinced that the term “art” isn’t considerably more broad than that (ie. a skilled doctor performing surgery could be considered “an art” as could a brilliant physicist’s theorizing on laws of the universe). In other words, I’m not entirely clear where science becomes art and/or art becomes science…

But before I lose you in this type of philosophizing, let’s return more appropriately to the question at hand which is ultimately whether art (as you describe it here, which is primarily visual) is exclusively an Se process. In short, the answer is “no.” A finished object (or artpiece) fundamentally contains an idea. You cannot separate the artist’s conception (N) from the artwork itself (S). As an INFJ it can be very compelling to make into tangible reality (S) the visions we’re harvesting in our minds/imaginations (N) in order to give us the illusion of fulfilling the function stack.

What I would be curious to know, and be honest with yourself, is whether during this process you find it easy to become perfectionistic, stressed out, anxious, and controlling? This isn’t to say that often in the initial stages of an art project there isn’t a lot of excitement and optimism, but for the INFJ, before long, the excitement that we experienced in the “conception” phase begins to wane as stress takes over when the vision fails to meet the expectations we have for its actualization. I, along with other INFJs, have been known to work and overwork a creation because we find it difficult to ever be satisfied with the end product. Then comes the imminent sense of failure, lack of control, and exhaustion (and in the worst case scenario, destruction).

On the rare occassion that the art actually manages to capture the idealism of the Ni conception, that release of psychic libido is so intoxicating that it is enough to cause us to forget the hell we endured to get there – thus starting the cycle all over again. This is analogous to what a gambling addict might experience as he suffers the agony of loss, excessive stress, debt, and anxiety; he may be close to giving up entirely, but when or if he finally wins, the thrill of it puts enough gas in the metaphorical tank to get him through another string of losses (even if, in reality, the wins are not enough to offset the sum of losses over time). So the cycle continues.

Perhaps the most troublesome (and potentially most confusing) aspect of the Ni type as Se artist is the way in which this process manages to “bastardize” Ni into Ne; in other words, rather than Ni acting in its authentic form as a function which extracts a singular theory/meaning from Se phenomena already existing or occurring in the universe, it infuses the universe with a potential idea(s) for an artpiece not yet existing and then attempts to manufacture it. Rather than interpreting what is (Ni) it proffers ideas about what COULD be (Ne). As you can see, this is extremely tricky stuff. And a lot of INFJ’s attempt to rationalize their desire to make art by arguing that their artwork IS an interpretation of what is (Ni). Whereupon I would argue that once one has reached an age where they have generally mastered language and have a good command of vocabulary (the tools of N artists) they can consider putting down the crayons and paintbrushes (the tools of S artists).

This isn’t to say that visual aids are never useful or should never necessarily be employed by INFJs. For the most part these are limited to diagrams as an enhancement to what is written/said but not as the primary channel for expression/interpretation. Again, the line is very fine between using art as an expression of idealism/beauty (Se) and art as an aid for Ni interpretation. If an INFJ can manage to harness the art (as in the example of using it on occassion as an aid or diagram to the written word) rather than let the art control him/her by demanding perfect execution, it could be considered healthy. This is like playing with fire though, and in my experience more INFJs fall into the latter camp.

To bring this full circle, I will say that I believe that producing wisdom/insight (a la Ni) IS, in fact, an artform. It’s an N art. As an N art, as stated above, it requires different tools for expression – abstract tools – tools that cater more directly to the mind than the five senses, namely words. As N dominants we need to work on seeing the CONCEPT as art. That’s our gift – the gift of insight. What ultimately happens is, when we relinquish the desire to control the Se outcome and focus on the theory production, the tension we feel that needs to be reconciled between the outside world (Se) and our interpretation of it (Ni) is slowly lifted, but this time in a sustaining and renewable way. We ultimately make peace with the imperfections of the Se world, not by singlehandedly trying to beautify it by directly adding more art to it, but indirectly – passively – through our interpretation of it.

As a side note, we (as N types) can’t in good conscience bemoan Se types who feebly attempt to give some sort of deep wisdom or insight without realizing that our comparable folly is trying to be superior Se performers (artists, athletes, etc.) It may be a difficult pill to swallow, but the long term effects of breaking the addictive pattern of indulging the inferior function outweigh the brief highs we incur on the way.