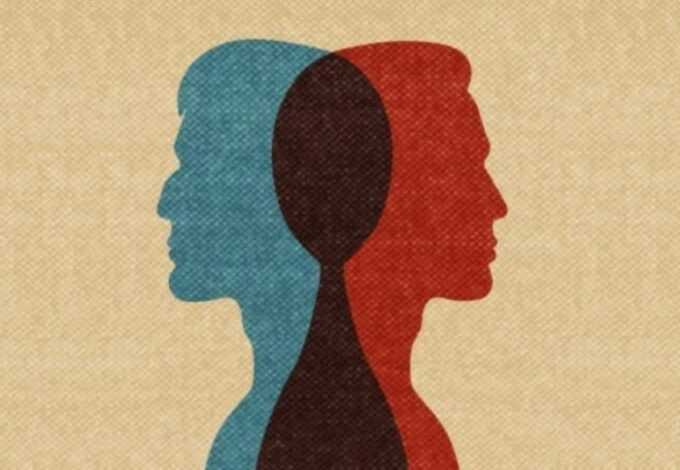 INTP and INFP males can be strikingly similar in many ways. As males and INPs, they are probably the most autonomous of all the personality types. Both place an inordinate amount of value on personal freedom, strongly resistant to manipulation by external EJ forces (INFPs are especially resistant to Fe manipulation, INTPs to Te manipulation). Both are wanderers and seekers, ever struggling to find their rightful place in the world. Both are rugged individualists, insistent on paving their own path with little regard for societal norms and conventions.

INTP and INFP males often display a similar body type. They tend toward ectomorphy (i.e., long and lean), often combined with a mild degree of mesomorphy (i.e., lightly muscled). Because over their dominant J function (Ti or Fi), as well as their tertiary Ne-Si bodily awareness and concern for health/ naturalism, they generally display good control over their appetite, allowing them to maintain a healthy body weight (INJs tend to struggle more in this regard). They may also dress fairly similarly, prioritizing Si comfort and minimalism. Both may buck conventions when it comes to personal care and grooming, but this can vary widely depending on external obligations. INFP males are more apt to sport longer hair (e.g., John Lennon) than INTPs, who lean toward shorter, more clean-cut hair styles.

It is also quite common for these types to prefer similar living conditions, typically along minimalist, Bohemian lines. Both like the idea of living lightly, which grants the freedom to pick up and relocate at the drop of a hat. Both can have a sort of romantic view of nature and primitive living, inspired, at least in part, by their distaste for working day jobs. Of the two, however, INFPs seem more apt to actually take to the woods. It’s rare to meet an INFP male with no interest in hiking or the outdoors. It is not at all uncommon for them to escape to nature for weeks, even months. While INTPs’ Ne-Si may inspire some degree of interest in wandering through nature, INFPs’ Fi confers a deeper and more authentic love of nature. INTPs also seem more heavily reliant on other people, even if merely for background noise, because of their inferior Fe. In this sense, INFP males actually seem more independent and self-sufficient than INTPs. Whether they are willing to admit it or not, INTPs are far more afraid of being isolated and cut-off from people. INFPs may harbor similar fears of being cut-off from the Te system.

As indicated above, INFPs and INTPs share many interests and preferences associated with the Ne-Si function pair. Academically, for instance, both types may share an interest in biology and environmental studies, stemming from the Ne-Si interest in the natural world. INFPs, however, seem more apt to actually become biologists or environmental scientists, due to their dominant Fi as well as their Te love of science. As I’ve written elsewhere, INTPs, who prefer Ti rather than Te, are often more tepid toward the formalized methods of science. INFPs’ Fi-Te combo also disposes them to take interest in fiction and science fiction, whereas INTPs are more inclined toward non-fiction.

As F dominants, INFPs are more authentically inclined toward the arts, culture, and music than INTPs. INFPs also display more F tendencies with respect to caring for animals, plants, the needy, etc. INTPs, by contrast, are most engaged when informally researching, philosophizing, discussing ideas with others, or working on their personal projects. They love wrestling with ideas related to philosophy, theology, psychology, metaphysics, and epistemology.

INTPs and INFPs are also alike in their tendency to constantly make plans and diverge from them. This can be understood in light of their function stack. Because of their dominant J function (Ti or Fi), INPs feel compelled to make plans and bring order to their lives. But since their auxiliary function, Ne, is constantly working in the opposite direction, they invariably end up doubting and questioning the plans they just finished making. Other types can find it humorous how INPs can seem to have a new grand plan for their lives every day.

If you’re an INFP or INTP looking to better understand yourself and your life path, you’ve come to the right place. Not only have we written extensively about these types in our books and online articles, but we’ve also developed an online course—Finding Your Path as an INFP, INTP, ENFP or ENTP—which has proven very helpful to INPs seeking clarity about their personality, identity, life purpose, career path, etc. So if you haven’t done so already, take a moment to learn more about the course→