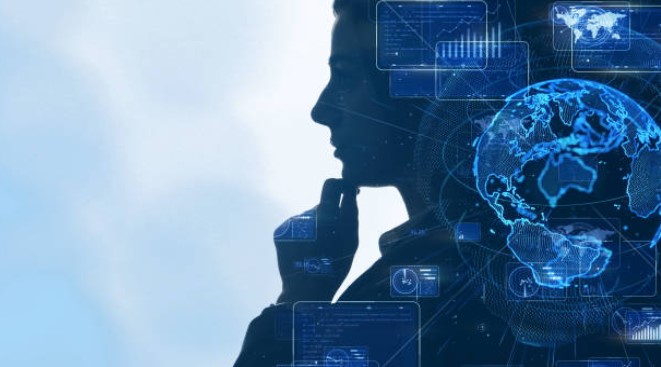 According to the MBTI Manual, both INTP and INTJ types place high value on independence and achievement in the workplace. According to Wikipedia, what personality researchers call “need for achievement” involves:

Intense, prolonged and repeated efforts to accomplish something difficult. To work with singleness of purpose towards a high and distant goal. To have the determination to win.

Type enthusiasts have historically been inclined to associate both judging (J) and Extraverted Thinking (Te) with achievement, and have thus viewed INTJs as more achievement focused than INTPs.

More recently, however, some have started appending the turbulent (T) vs. assertive (A) variable to the types, with the A variable being linked with achievement. So even if INTJs are, on average, more achievement oriented, we can see how an INTP-A (e.g., Bill Gates) might achieve more than an INTJ-T. Similarly, if we turn to the Enneagram, INTPs who identify as the 5w6 type might be more achievement hungry than an INTJ 5w4. All told, the J-P preference doesn’t give us the whole story regarding an individual’s level of ambition or need for achievement.

To a certain extent, openness runs counter to achievement striving. If we return to our earlier definition of achievement (“To work with singleness of purpose towards a high and distant goal.”), such single-mindedness stands in contradistinction to the curious and explorative attitude seen in those with high openness. Achievement is a more masculine attitude, characterized by a strong sense of personal agency and purposiveness. Openness, by contrast, is more feminine, involving an attitude of receptivity, sensitivity, and appreciation. Both INTJs and INTPs are apt to experience a perpetual tension between these two orientations.

The above concepts can be better understood in light of our theoretical synthesis of human values (V), interests (I), and personality (P) called the V-I-P Theory. If we consult the diagram below, we learn that NTJ types have been associated with “achievement.” And while openness hasn’t been explicitly included, it would correspond to where NFP types are located on the diagram. This highlights the conceptual disparity between achievement and openness. We can also see that NTPs are situated between NTJs and NFPs, suggesting that, on average, they are somewhat more open and somewhat less achievement oriented than NTJs. 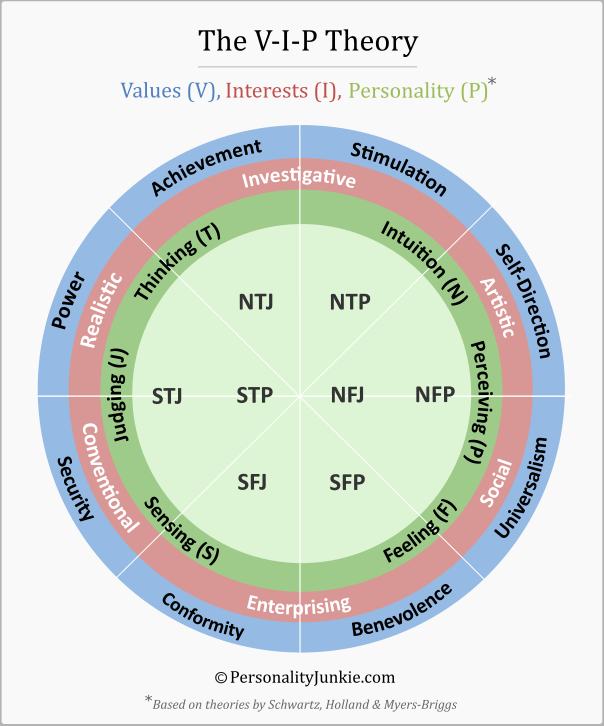 It’s worth noting that achievement, according to Shalom Schwartz’s Theory of Basic Values (which the V-I-P model incorporates), is defined as “personal success through demonstrating competence according to social standards.” This definition strikes me as more favorable to INTJs, who exhibit greater patience and willingness to work within existing systems and structures. INTPs, on the other hand, are less willing to conform and thus more likely to create their own standards for achievement, which is why they are situated closer to the “artistic” and “self-direction” slice of the V-I-P diagram. We might also say that INTPs tend to be more intrinsically motivated (e.g., like artists), whereas INTJs are relatively more extrinsically motivated (e.g., like achievers / reformers).

Because Western culture rewards and prioritizes achievement, we often conflate the notion of achievement with motivation. In other words, we believe that motivated individuals will naturally achieve things that society will recognize and value. To dispense with this theory, we need only consider whether an artist who paints every day but never presents her work publicly can be rightly described unmotivated. That fact is that even if she were to go public, there’s no guarantee that her work would gain traction or widespread appeal. Hence, any lack of popularity or achievement would be completely unrelated to her levels of motivation, which are clearly quite high.

I wonder if some of these same issues haven’t affected our thinking about the personality types. Namely, is it true that INTJs are more motivated than INTPs, or are they simply motivated in different ways?

I contend that INTJs and INTPs are born with essentially the same levels of motivation. The question then, is what happens between birth and adulthood that makes these types appear different? If INTPs are simply less concerned about socially-sanctioned achievement, then motivation isn’t the problem per se; we are simply dealing with different value sets. However, if INTPs are seeking the same version of achievement as INTJs, but are simply struggling to execute, then we’d have to consider why INTPs are underperforming vis-à-vis INTJs.

Our V-I-P diagram suggests that INTJs are more apt to value “achievement” and INTPs “stimulation,” with the latter involving a need for variety, novelty and challenge. But it’s also the case that achievement is an adjacent value for INTPs and stimulation for INTJs, suggesting that these types are apt to prioritize both values. Some may even value achievement and stimulation equally, prompting questions about how they might be concurrently satisfied (e.g., “How might I achieve by way of novel challenges?”).

Our earlier definition indicates that achievement involves the pursuit of “a high and distant goal.” This would seemingly require a number of different skills such as the ability to delay gratification, to maintain belief and interest in the goal, to persevere and overcome obstacles, etc. Because INTPs tend to be somewhat less steady and more impulsive than INTJs, one could see how INTPs might have a bit more difficulty achieving distant goals.

That said, the notion that achievement must entail long-term goals strikes me as somewhat arbitrary. It suggests that extensive foresight and planning (both of which INTJs have in spades) are necessary components of success. While such an approach may work perfectly for judgers, INTPs and other P types might pursue success via shorter-term projects that require less foresight and planning. Indeed, the size and scope of a goal or project is arguably less critical to achievement than regularly taking action and seeing things through to completion. As discussed in my post on INTPs who feel stuck, follow-through is a valuable skill that can be developed and reinforced through repetition and habit.

INTPs may also be somewhat more disposed to cynicism, apathy, and resignation. Even INTPs with positive childhood experiences may at times find themselves struggling with dark or nihilistic thoughts as adults. When this occurs, any interest in achievement may be snuffed out by recurring negative thoughts and feelings.

The turbulent (T) variable, which roughly corresponds to Big Five neuroticism, also plays a role here. As we’ve seen, assertive types tend to be steadier and less psychoemotionally volatile. So part of the solution might involve understanding the factors that contribute to turbulence / neuroticism, as well as learning effective management strategies. This could include working to increase executive control, which can enhance well-being and assist with the attainment of goals.

That said, finding compelling reasons to forgo cynicism and strive for a better life is probably the first step. Without a sense of meaning and purpose, neither INTPs nor INTJs will be motivated to better their situation. For this reason, many will turn to psychology, religion or philosophy for insight into themselves and the human predicament.

Learn more about INTPs in our book—The INTP: Personality, Careers, Relationships and the Quest for Truth and Meaning—the best-selling INTP book worldwide: 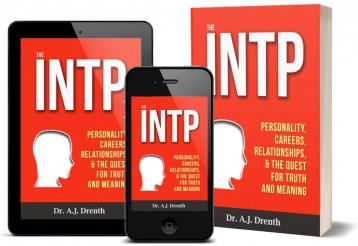 Unsure if you’re an INTJ or INTP?

Feeling Stuck as an INTP? Insights for Writers, Artists & Creatives