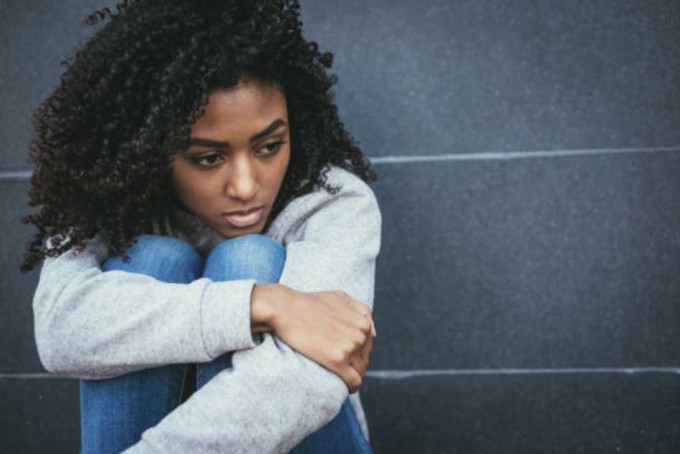 It’s often assumed that women and men follow the same path of psychological development from childhood to adulthood. Namely, in youth we rely heavily on others, in most cases our parents, to meet our physical and psychological needs. As we grow older we become increasingly independent and can thus discover who we are as individuals. By discovering who we are apart from of our social context, we equip ourselves to navigate important life decisions regarding our careers, relationships, etc.

While there are certainly developmental overlaps between the sexes, their greatest point of divergence entails their respective independence from family and relationships. Generally speaking, men (especially Myers-Briggs Thinking types) have an easier time seeing themselves as free and independent agents, entitled to do pretty much whatever they want with their lives. Hence, the notion of self-discovery “independent of social context” captures the experience of men quite well.

Women (especially those who are Feeling personality types) rarely feel comfortable leaving their relationships behind as they search for themselves and their place in the world. Hence, their path tends to be less direct or linear than men’s, involving an ongoing conversation between their own needs and those of others.

In the late 1970s, Carol Gilligan was one of the first researchers to contend that the experiences of women were not well reflected in the leading developmental frameworks (e.g., Kohlberg’s theory) which, not surprisingly, had been created by and modeled after men. In her best known book, In a Different Voice, Gilligan explores research detailing the unique experiences of women with identity formation and moral decision-making in the first half of life. It begins this way:

Over the past ten years, I have been listening to people talking about morality and about themselves. Halfway through that time, I began to hear a distinction in these voices, two ways of speaking about moral problems, two modes of describing the relationship between self and other.

Keeping in mind that Gilligan’s book was published in the early 1980s, she goes on to describe the distinct paths of men and women:

Despite significant changes on the gender landscape since the publication of her book, much of what Gilligan observed still appears relevant. Namely, many men continue to maintain what amounts to an attitude of separateness and autonomy when forming their identity, while women feel more conflicted about separateness and attachment, that is, between how they see themselves as individuals and how they are perceived and needed by those they love and care for.

How Women Struggle to Hear their Own Voice

The challenge of identity formation for women is not merely a matter of weighing their own self-concept versus others’ perceptions of them. In many cases, they struggle to discern their own voice—to disentangle their voice from those of others. One of the young women Gilligan periodically interviewed over a number of years was named Claire. She described her experience with others’ perceptions this way:

I’m not necessarily the type of girlfriend or daughter I’ve been perceived as. You grow up to find yourself in the way other people see you, and it’s very hard, all of a sudden, to start separating this… For a long time, I was seeing myself as other people wanted to see me.

Claire proceeded to describe an inner process of “undefining,” an attempt to strip away others’ perceptions so she could find her own voice and self-understanding. The purpose wasn’t to detach or pull away from her relationships, but to see herself more objectively as an individual.

By no means is this process of undefining easy, however, nor is it without its risks.

Caring for Others vs. Oneself

When forming our identity, we don’t merely want to see ourselves more clearly, we also want others to embrace and validate our emerging understanding. So whenever we undergo changes, our relationships might also need to change or be renegotiated in some way. Moreover, as our identity evolves, we might desire different things from our relationships.

In bringing a “do no harm” ethic to their relationships, women often feel stuck between staying true to themselves and fearing that doing so might somehow hurt others and their relationships. Thus, there’s often a gap between when a change in self-perception first occurs and when they feel it’s safe and appropriate to express that understanding.

According to Gilligan, Claire formerly viewed her morality strictly in terms of her responsibilities to others. But eventually she came to question the notion that “in doing what’s right for others, you’re doing what’s right for yourself.” In Claire’s words, “I’ve reached the point where I don’t think I can be any good to anyone unless I know who I am.” She then proceeded to criticize her mother for endlessly giving “because she doesn’t care if she hurts herself in doing it.” Claire also noted her personal shortcomings in one of her romantic relationships, namely, for “never taking the responsibility for having him stop hurting me.”

I appreciate Claire’s concerns about women not standing up for, or setting aside time to address, their own needs. All women must eventually reckon with the question of whether or not they should be including themselves in their “do no harm” ethic. And once they’ve established their own health and wellness as a priority, moral decisions become more complicated, as others’ needs must now be weighed and measured against their own.

That said, we shouldn’t gloss over the amount of time, reflection, and courage required for many women to reach a place where they are authentically okay with caring for and establishing boundaries for themselves. To get to that point, they must not only hear their own voice and know their own worth, but also trust that their relationships are robust enough to accommodate the assertion of their needs.

Culture, Personality & the Challenge of Self-Expression in Relationships

America is a strange culture insofar as it espouses individualism while simultaneously being predominated by extraverted (E) sensation (S) types who, in many cases, lack the self-reflectiveness to fully know themselves as individuals. And because ES women are more inclined to adopt the conventional roles and attitudes of culture, they tend to struggle less with identity ambivalence than other personality types.

Intuitive (N) women, especially those who are also introverts (I), spend more time wrestling with identity issues, trying to discern who they are apart from, as well as in relation to, their social context. These are the types for whom the self–other identity conflicts are most acutely felt. Viewed dichotomously, the I and N preferences contribute to greater autonomy in identity formation, while E and S beget more conformity.

But autonomous or unconventional attitudes, especially among women, are not always welcomed. Intuitives whose social context is composed primarily of S types may worry about becoming outcasts if they were to fully and openly express themselves. This stirs up concerns regarding the relative importance of self-expression versus not rocking relational boats.

That said, we also can’t ignore the fact that modern women have more opportunities to interface with likeminded others via social media and other online platforms. This creates opportunities for safe, even anonymous, self-expression apart from one’s real-life milieu. While it’s not yet clear how much this offsets the need for self-expression in real life, it surely confers some benefits.

I think it’s fair to assume that women would ideally like to be known and accepted by their friends and family for who they are; they want their outer life to reflect their own self-understanding. Claire offered a comparable ideal, one in which “everyone is encouraged to become an individual and at the same time helps others and receives help from them.”

Unfortunately, things are rarely that simple. Human beings and human relationships are often more fragile than we’d like. Genuine expressions of truth, however well intended, can get lost in translation or mishandled by defensive egos. So instead of being forthright, we dance around each other, trying to please and not offend, all while seeking those rare opportunities (or that rare person) where it feels safe to go deeper and reveal more of our authentic self.

If you’re looking to better understand yourself, your personality, life path, relationships and more, be sure to check out our online course: Finding Your Path as an INFP, INTP, ENFP or ENTP.

How Thinkers (T) vs. Feelers (F) Deal with Emotions

INFJ Strategies for Dealing with Emotions