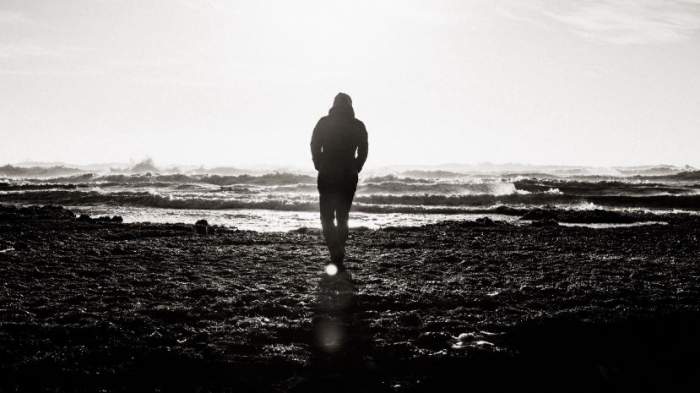 Knowing one’s life purpose was once a rather straightforward affair, determined largely by the family and culture into which one was born. In most cases, this included adopting a religious worldview that gave a meaningful account of the purpose and origins of human beings both individually and collectively.

Now well into the 21st-century, we find ourselves in a different sort of predicament, one which places the onus of choice on the individual. While in many ways advantageous, this shift toward individualism has also introduced some rather thorny existential problems. As elaborated in my book, The INTP Quest, one of our greatest modern challenges is finding a reliable source of meaning and purpose. This problem may be particularly great, according to Jung, for those searching for meaning within an exclusively secular framework.

As discussed in my recent post on left vs. right brain differences, our two cerebral hemispheres experience and approach the world in diametrically different ways.1

The right hemisphere is in many respects the cerebral hub for raw and novel experiences. Unlike its left-sided counterpart, the “right brain” has little interest in abstractly mapping the world, preferring instead to fluidly “live in the moment.” Thus, from a right-brained perspective, a sense of purpose is merely one of many types of experience, ebbing and flowing across the landscape of time.

Mihalyi Csikszentmihalyi’s notion of the flow experience might be viewed as a right-brained approach to the problem of purpose. For Csikszentmihalyi, those who are deeply and meaningfully immersed in activity, or what he calls a flow state, are in effect living purposefully. Unfortunately, once the flow state ends, its attendant sense of meaning and purpose may also vanish.

If we toggle over to the left side of the brain, we find a hemisphere that distrusts raw or novel experiences. Preferring a world that is consistent and predictable, the left brain would rather approach things through a conceptual / theoretical lens, stripping away their particularities and grouping them into general categories. Because the experience of purpose is ephemeral and unpredictable, it is insufficient for the left brain. Instead, what is required is an enduring and abstract purpose, or what we might call a transcendent purpose, one which remains steady even amid life’s vicissitudes. In other words, the left brain seeks a purpose that is independent of experience.

For instance, the left brain would not be wholly satisfied by the sense of purpose derived from working on scientific problem. After all, such enjoyment will surely wane once the problem is solved or otherwise becomes unappealing. In order for the purpose to endure, it mustn’t rely any particular circumstance. The left brain may thus attempt to crystallize the purpose conceptually by urging the individual to self-identify as a scientist or by erecting a long-term goal or ideal toward which to strive. Such conceptions may furnish an overarching sense of purpose even when the individual is not directly engaged in scientific work.

While the two brain hemispheres, as well as their associated types of purpose, undoubtedly influence and interact with each other, I contend that the left-brained type of purpose is typically the greater challenge in modern life. Indeed, the notion of “finding one’s purpose” usually connotes the left-brained version. When we lack a transcendent purpose, we can feel lost and confused, unsure of who we are or what we should be doing with our lives. This may even spawn feelings of indifference or nihilism, the sense that nothing really matters or is ultimately worth striving for.

Doubt is a clear and persistent enemy of transcendent purpose. It is not at all uncommon for purpose seekers to feel they have finally found their purpose only to have it swallowed up by a tidal wave of doubt and uncertainty. Thus, if they are to succeed in their quest, purpose-seekers must find a way of navigating the problem of doubt.

One way purpose-seekers attempt to assuage their doubts is through the acquisition of knowledge. If only they had more knowledge or insight at their disposal, they conjecture, then doubt would surely yield to truth. This belief compels them to continuously seek more information, which they see as the ultimate solution to their purpose problem.

Another approach to combating doubt is faith. In many respects, faith falls at the opposite end of the spectrum as knowledge. While some individuals may allow their faith to be informed by knowledge or rational justifications, intermixing these strategies has the potential to undercut one of faith’s primary functions—overcoming doubt. To remain solid and steadfast, faith must be safeguarded against ideas and information that contradict or cast doubt on its central tenets.

The religious / existential philosopher, Soren Kierkegaard, realized as clearly as anyone that the real value of faith has little to do with making claims about objective reality. Rather, faith’s primary virtue pertains to its role in cultivating an optimal type of inner life. And if having a purpose is considered to be part of this optimal inner reality, faith may serve as an effective means of engendering it.

Those who see knowledge as their primary route to purpose may at times envy the steadfastness and fervency exhibited by persons of faith. They may even experiment with faith-based approaches to see if faith can furnish the sense of purpose they are looking for (Kierkegaard was in many ways an apt example of this). Many conclude, however, that a faith-based approach would amputate other cherished values (e.g., knowledge, reason) and thus nullify the benefits of whatever sense of purpose was achieved. This again underscores what seems to be a profound opposition between faith and knowledge / rationality.

But why, you may ask, can’t knowledge-oriented individuals simply drop the purpose question altogether and content themselves with the process of knowledge seeking? Perhaps the notion of transcendent purpose is reserved primarily for persons of faith? A similar question could be directed toward persons of faith. Namely, why can’t they admit that their faith is mostly about subjective comfort / purpose rather than making claims about objective reality? In short, why can’t both groups just remain in their separate camps and avoid trespassing on each other’s territory?

The Role of Personality Type

Fortunately, much can be gained by analyzing these questions through the lens of personality typology. If it is true, for instance, that faith and rationality are diametrically opposed, then we might predict that thinking (T) types, especially T-dominants (ITPs and ETJs), would be less faith-inclined than other types. However, we should also remember that each personality type uses four functions, including an S, N, T, and F function. This suggests that there is a real part of even the most skeptical thinking type that wants to believe in something and have a purpose. For the same reason, even the most faith-inclined types are driven to align themselves with objective truth. If they didn’t, they would feel that something critical (i.e., T) was missing from their psychological landscape.

So does this mean that the problem of purpose is really just a manifestation of the more fundamental problem of type development and integration? To some extent, yes. Many dichotomies, such as faith and reason, can be framed and analyzed as inner conflicts between different parts of the self. In other words, many of the ideational dualities we wrestle with can ultimately be traced back to psychological dualities. This was one of Jung’s greatest insights.

NPs’ difficulties are in large part attributable to their heavy reliance on Extraversion Intuition (Ne), which is well viewed as a doubting, non-committal function. Animated by Ne, NPs feel compelled to explore ALL the options available to them. They are also reluctant to completely close off any option or possibility since this constrains their ability to act with complete freedom or spontaneity. In short, identifying a singular purpose is difficult for NPs because it runs counter to their Ne’s penchant for unbridled openness.

While there are undoubtedly ways in which INJs’ struggle for purpose overlaps with that of INPs (see my recent post, Why INFJ, INFP, INTJ, & INTP Types Struggle in Modern Life, for more on this), their preference for Introverted Intuition (Ni) suggests that their difficulties cannot be attributed to Ne indecision. Instead, one of the primary challenges for INJs is how to translate their intuitive vision or worldview (Ni) into action or material change (Se). Part of this translation problem involves an ostensible mismatch between what the INJ has to offer (e.g., vision / insight) and the structure of society itself. As I’ve said before, INJs would have found ready employment as sages or shamans in humanity’s tribal days. Our modern world, however, has become less trusting of intuition, at least on its own, as a source of guidance or insight. Consequently, INJs must jump through countless perfunctory hoops just to legitimate themselves as trustworthy guides or advisors. The costs and rigors of this process alone can often leave INJs feeling exhausted and demoralized. Making matters worse, the modern trend toward specialization, as seen in law, medicine, etc., has in many ways resulted in the marginalization of generalists, of those who excel at seeing and interpreting things in light of the “big picture.” This can leave INJs with the sense that there is no socially sanctioned outlet for their insights.

Of course, not all N individuals struggle to the same extent with the purpose problem. Some manage to identify or stumble upon a suitable purpose / vocation rather early in life, which is usually a matter of good fortune as much as anything else. But this doesn’t mean that those still seeking their purpose are helpless in improving their predicament. If you’re seeking to better understand yourself and your purpose, we encourage you to explore our online course, Finding Your Path as an INFP, INTP, ENFP or ENTP:

Why IN Types Struggle to Act