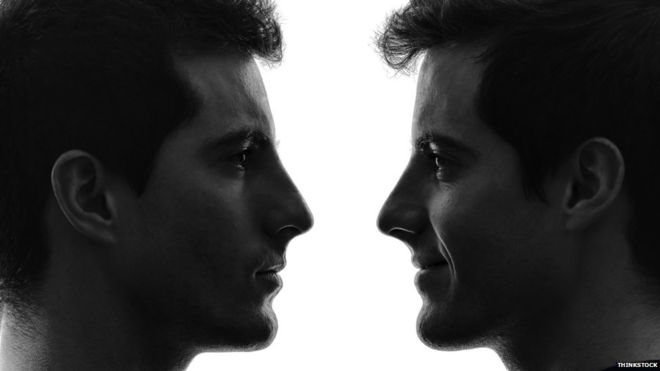 Despite having no functions (e.g., Ti, Ni, etc.) in common, the INTJ and INTP personality types often develop surprisingly similar worldviews. Since both types seek an understanding of themselves and the world, they can enjoy extensive discussions and find common ground on myriad issues.

Whatever their similarities, INTJs and INTPs also differ in some important ways. Often times, these differences are subtle and necessitate careful analysis to understand their origin. In this post, we will do just, exploring a number of key INTJ vs. INTP characteristics.

Outwardly, distinguishing INTJs from INTPs is typically not that difficult. Since INTJs extravert their thinking (Te), an outsider quickly encounters their rational nature. INTJs are usually articulate, measured, and direct in their speech. Undeterred in challenging spurious or poorly framed arguments, they can be formidable debaters. It truly pains this type to see falsities and fallacies go unchallenged.

The INTP, on the other hand, extraverts intuition (Ne) and feeling (Fe). In contradistinction to the confrontational nature of Te, these functions prompt INTPs to blend and harmonize in social situations. Assuming they are not overly awkward or anxious, INTPs may, at least initially, remain relatively undistinguished from other types. Because their extraverted judging function (Fe) is inferior, INTPs are usually less comfortable challenging others’ assertions in a direct and aggressive manner. They are more selective when it comes to asserting their own views or displaying the rational side of their personality. They prefer to pose questions or explore possibilities (Ne) rather than make firm assertions or professions.

Since their dominant function, Introverted Intuition (Ni), is a perceiving function, INTJs are, first and foremost, geared to perceive information. Like INFJs, their inferior function, Extraverted Sensing (Se), unconsciously amasses sensory data which is then synthesized by Ni to form impressions and interpretations. While this Ni-Se process is the same for INTJs and INFJs, these types generally focus on different types of data, with INFJs being largely oriented to social issues (Fe) and INTJs to physical systems, structures, and processes (Te).

That said, INTJs who were abused, mistreated, or whose Introverted Feeling (Fi) was otherwise deeply affected may develop strong interests in feeling (F)-related matters, especially understanding their own personal past. They may spend significant time analyzing their childhood, trying to make sense of their experiences and what they mean looking forward. Indeed, one can often trace a connection between INTJs’ Fi past experiences and their Te objectives. Namely, the things that are most disturbing to INTJs, whether to their Fi sense of justice or their Ni sense of truth, are often the same things they are striving to understand and remedy. So it’s not merely rational systems (Te) that motivate INTJs, but also perceived personal and societal injustices (Fi).

Since both Ni and Te work convergently, INTJs are natural problem solvers; hence, their effectiveness as troubleshooters, consultants, analysts, mathematicians, physicians, and scientists. This is one way they differ from INTPs. While INTPs can readily generate a number of potential ways for addressing a problem, they are slower to draw hard conclusions regarding what should be done. To the INTP’s eye, there are simply too many variables, too many unknowns, too many contextual complexities to know much of anything with certainty. Thus, if someone wants a firm opinion about how to tackle a complex problem, they are more apt to get it from an INTJ.

Despite their penchant for problem solving, INTJs may struggle to find their niche in the world because of their strong idealism and perfectionism. INTJs don’t just want to solve any problem, but the biggest and most impactful ones. This is not necessarily a bad thing. If there is a personality type that can effectively grasp the big picture and zero in on its most pressing issues, it is probably the INTJ. An INTJ friend of mine is always talking about leverage points. He’s obsessed with identifying the key leverage points in whatever system he happens to be concerned with (to the INTJ mind, everything can be construed as a system).

Once INTJs have arrived at their key insights and leverage points, the next step involves employing them to effect change. In this vein, INTJs may function as advocates, activists, or reformers. They may opt to write about their insights, to connect with or influence key players in that field, or even form activist groups or non-profit organizations. They may persist in such roles until they feel they’ve done all they can do or until they turn their sights to a new system or problem.

Since INTPs’ dominant judging function, Introverted Thinking (Ti), is directed inwardly, they tend to be more interested in understanding and improving themselves than changing the world. Like many INFPs, the self—its structure, nature, health, and identity—is a consistent source of interest and reference for INTPs. While INTJs may exhibit some measure of this because of their introversion and tertiary Fi, it is typically to a lesser degree.

This may explain how the notion of INTPs being interested in “knowledge for its own sake” originated. Namely, because their thinking judgments (Ti) are directed inwardly, others are largely blinded to the process, thus giving the impression that INTPs are mere “idea hedonists.” The truth is INTPs do apply their knowledge, but they often do so with an eye toward clarifying who they are, what they believe, or who they might become. One might say that INTPs are drawn to subjective matters and methods, whereas INTJs, in using Extraverted Thinking (Te), gravitate toward objective systems and approaches.

INTPs are more sympathetic to the notion that individuals can discover truth and wisdom through their own logic and experiences; they are thus well-described as philosophers. INTJs, in being more structured and data-oriented in their approach, typically fall closer to the scientific end of the spectrum than INTPs.

With this in mind, we can see how INTJs and INTPs might work in different directions. INTJs aim to understand and improve external systems (Te) and, in the process, come to better understand themselves (Fi). By contrast, INTPs focus on clarifying their self-understanding and personal philosophy (Ti-Ne) and, in the process, gradually refine their roadmap for “how to live” (Fe). The way of the Buddha epitomizes the INTP approach—first figure out how to save yourself (Ti), then show others how they might do the same (Fe).

Learn More about INT Types in Our Books

Learn more about INTPs and INTJs—their personality, cognition, life struggles, and much more—in our books:

Unsure if You’re an INTJ or INTP?