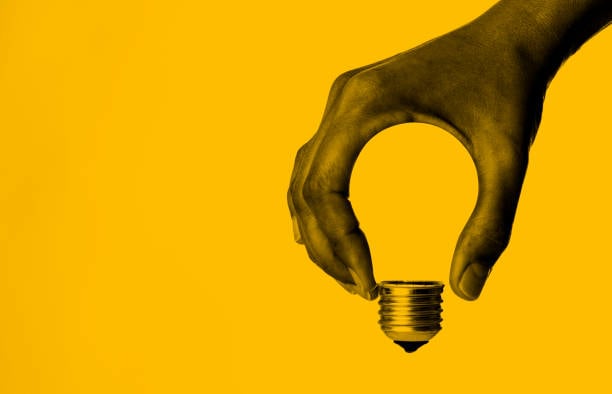 Feeling inspired is among the more pleasurable and rewarding of human experiences. When inspiration hits, we feel alive and energized, as though we’ve been transported to a new and more significant plane of existence. For creative personalities in particular, inspiration is the veritable Promised Land—a place where imaginative wonderment and creative miracles abound.

Inspiration bears a lot of resemblance to romantic infatuation. Both involve a profoundly elevated mood—“sitting on cloud nine”—that confers a sense of potency and invincibility. On such occasions, life is drenched with meaning and we feel psychologically whole and purposeful. Abraham Maslow referred to these moments of overwhelming joy and elation as “peak experiences.”

Wouldn’t it be great if we could feel inspired all the time? Unfortunately, this isn’t the reality we inhabit. Inspiration can be fickle and fleeting, abandoning us just as quickly as it comes and leaving feelings of deflation and disappointment in its wake. This can be especially disheartening if we failed to capitalize on its superpowers when it was with us. For those old enough to remember the Pac-Man video game, it’s like eating a power pellet but being unable to kill any ghosts or chomp more dots afterward. As creatives have long realized, there’s a fragility and life cycle to inspiration. On the heels of its blissful highs can be difficult, at times debilitating, lows.

The ability to foster, maintain, and effectively utilize inspiration is relatively rare, albeit highly coveted, among artists and creatives. Early in life, when idealism is running on all cylinders, inspiration is more abundant. But as idealism wanes and inspiration starts to peter out, we’re faced with the difficult choice of whether to throw in the towel or to dig deep and find new ways of cultivating inspiration.

One way of learning how we might better cultivate inspiration is to study it scientifically. Science typically involves analyzing a phenomenon in terms of its constituent parts and determining what might be done to foster a more desirable outcome. Despite the apparent significance and ubiquity of the inspiration experience, it’s received surprisingly little attention in psychological research. Much ink has been spilled on related topics like motivation and creativity, but far less on inspiration.

To address this deficit, researchers Todd Thrash and Andrew Elliot enumerated a conceptual foundation for inspiration in their paper, Inspiration as a Psychological Construct, which we’ll turn to next.

Early in their article, Thrash and Elliot point out that inspiration literally refers to the process of breathing in. According to the Oxford English Dictionary, it involves:

A breathing in or infusion of some idea or purpose into the mind; the suggestion, awakening, or creation of a feeling or impulse, especially of an exalted kind.

Anatomically speaking, inhalation entails a contraction of respiratory musculature which causes the lungs to expand and fill with air. Tension is created in order to draw more energy (i.e., oxygen) into the body. Swimmers and divers naturally take deep breaths before heading under water, allowing them to capture the energy required to accomplish their goal.

Psychologically speaking, inspiration increases our supply of creative or vital energy. However, Thrash and Elliot contend that psychological inspiration is not a product of the will in the way that taking a deep breath is. Instead, it’s typically evoked by a trigger. This may come in the form of an inner encounter with a new idea or insight, or outwardly through exposure to art, nature, books, people, etc.

Regardless of the nature of the trigger, when inspiration hits, it charges us with energy and readies us for action. This charge of energy is typically quite pleasurable and often described as magical or divine. Indeed, the concept of inspiration originally referred to an encounter with a supernatural being where the individual served as a recipient of divine truths. Similarly, creative writers and artists often speak of channeling their Muse—the mysterious wellspring of creativity that guides and fuels their work.

Thrash and Elliot go on to characterize inspiration as a transcendent type of experience, one that surpasses “the ordinary preoccupations or limitations of human agency.”

Being inspired feels extraordinary, which is why creatives, lovers, and spiritual seekers are constantly chasing it. This also explains the appeal of substances like psychedelics which may elicit a similar experience. Nonetheless, cultivating and harnessing inspiration without the aid of drugs remains a worthwhile challenge to embrace.

The researchers also contend that the feeling of inspiration, however pleasurable, is not the real endpoint. Typically, we aren’t content to merely bask in inspiration’s delightful rays. That’s because inspiration impels us to act—to do something with our newfound energy. Not only is inspiration a high energy state, but also a purposive one. As Thrash and Elliot observe, “Inspiration implies motivation.”

If I’m being honest, I’m not in love with the concept of motivation. Perhaps because of its frequent coupling with notions like corporate productivity, it fails to move me in the way that the concept of inspiration does. There’s a holistic, even spiritual, connotation to inspiration that motivation doesn’t quite capture. I may be motivated to eat dinner, but I’m probably not inspired. To be sure, feeling motivated is preferable to boredom or apathy; it’s a step in the right direction. But inspiration takes motivation to another level. When we deconstruct inspiration and start using terms like motivation instead, some of its original potency is lost. Indeed, one could argue that subjecting any spiritual or quasi-spiritual experience to structured analysis tends to diminish its power in the psyche.

That said, I suggested earlier that scientific analysis can provide insight into how something works and how we might exploit it for our benefit. And while its utility is obvious in the physical sciences, things seem less clear-cut in the human realm. Even Jung, for instance, saw the potential dangers of undercutting his clients’ religious beliefs in analytic therapy. If religion is meeting a vital psychological need, it’s important to consider what might replace it if it were jettisoned. Anyone who’s played the game of Jenga knows that removing a foundational block puts the entire tower at risk. The same is true of the psyche. We might therefore ask ourselves if and when it’s advisable to dispense with concepts like soul or inspiration in favor of more precise, but less life-giving, scientific terms. In some situations it might pay off, in others not so much.

At bottom, inspiration emerges when an idea fills a critical void in the psyche. It’s as though something clicks and we suddenly experience a profound shift of mind and being. The fact that this even happens is remarkable in its own right. But it also highlights the potency of ideas in the human psyche. Even what we name an idea can make a big difference, since we intuitively connect it with other ideas and images. Granted, inspiration can also be spawned through non-verbal means, such as through experiences with something (or someone) that moves us. But in order to make sense of the inspiration and how we might use it, we’re typically inclined to assign labels to it—to conceptualize it; we feel compelled to partner our right-brained experience with a left-brained symbol.

In my latest book, The INTP Quest, I quote the German philosopher Friedrich Schelling who wrote that “only ideas provide action with energy and significance.” In this single sentence, Schelling unwittingly enumerated all the key features of inspiration—ideas, energy, significance, and action. When we’re fortunate enough to encounter the right idea at the right time, our psychological stars align and release a windfall of energy and significance that inspires us to purposeful action.

Learn how to discover and harness your inspiration through the lens of personality in our online course, Finding Your Path as an INFP, INTP, ENFP or ENTP.

Feeling Stuck as an INTP? Insights for Creatives