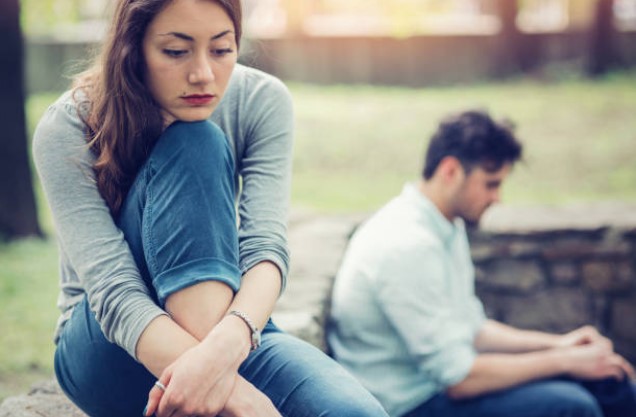 Have you ever completed a big project, creative or otherwise, only to be criticized for a relatively small error or oversight? If so, you know how frustrating it is to be proud of something you’ve done but feel like others, instead of appreciating your work, are focusing on a few minor flaws.

The same thing can happen in relationships. We’ve all invested decades of work into the project that is ourselves. And because most of us are inclined to think we’ve done a decent job, we naturally expect our partners to agree and wholeheartedly validate who we’ve become. Even if we do have a few flaws, we want to be accepted as a good and valuable person.

That said, we also know of times when we are pleased with our performance, but others are less than impressed. For instance, there’s no shortage of talent show contestants who believe themselves to be extremely talented, but whom others see as patently deluded. In my own work as a writer, I often find it difficult to know which of my articles will be best received. There have been numerous occasions when things unfolded quite differently than I expected.

Clearly, other people don’t always perceive us or our work as we do. There are a few different ways of responding to this reality. One option is to fully embrace our self perceptions and simply ignore anyone who disagrees with us. Another is to disregard our own views and believe everything that people say about us. The last option involves taking a more nuanced and balanced view, one in which we embrace what we know to be true about ourselves while also incorporating feedback from those we trust.

Part of being open to others’ feedback is acknowledging that we’re not omniscient and probably have a few blindspots, that is, certain tendencies or weaknesses that we’re unaware of. Although our blindspots may become more perceptible once they’ve been pointed out to us, until that time comes, they may go largely unnoticed.

The truth is that many of us are rather reluctant, even resistant, to learning about our blindspots. The ego tends to view such information as threatening, as a sort of hole in its armor, which is why it vigilantly guards against criticism and negative feedback. Rather than taking a long-term growth perspective, the ego prefers to minimize near-term pain, discomfort, or inconvenience. It’s akin to ignoring the check engine light on a car. Sure, the car may remain operational for a while, but the long-term risks are apt to outweigh the convenience of disregarding the warning.

Of course, the extent and nature of our blindspots also matters. If a blindspot is merely a nervous habit, such as unconscious foot tapping, the ego probably won’t feel threatened to learn of it. However, blindspots associated with core features of our personality and identity will be more sensitive and touchy. And, in many cases, these blindspots are associated with our type’s inferior function.

In order to feel strong and capable, the ego needs ways of dealing with the shortcomings of our personality type. Rather than honestly acknowledging both our strengths and weaknesses, it often prefers to idealize the entire personality, or at least the parts it’s identified with. And in order for this to happen, aspects of the inferior function are either ignored (e.g., blindspots) or idealized.

To some extent, ego ideals may furnish the requisite levels of courage and confidence to develop our inferior function. After all, if whenever we conclude that we’re terrible at something right off the bat, we’re apt to stop trying. So the ego does whatever it can to maintain a rose-colored view of our inferior function competencies. Indeed, in some cases, it does such a good job that we come to count the inferior function among our personal strengths.

Although idealizing our inferior function weaknesses offers certain advantages, eventually, such ideals will undergo more stringent reality testing. And in many cases, this occurs in the crucible of a committed relationship.

Romantic relationships are certainly not immune from idealization. Indeed, the infatuation phenomenon is in many respects fueled by mutual idealism. But it’s only a matter of time before romantic ideals butt-up against reality, as unforeseen attitudes, behaviors, and conflicts start to emerge. During times of conflict, ideals pertaining to oneself and one’s partner collide, giving birth to cognitive dissonance. The issue we touched on earlier, regarding how to deal with external criticism, is thus brought to the fore. 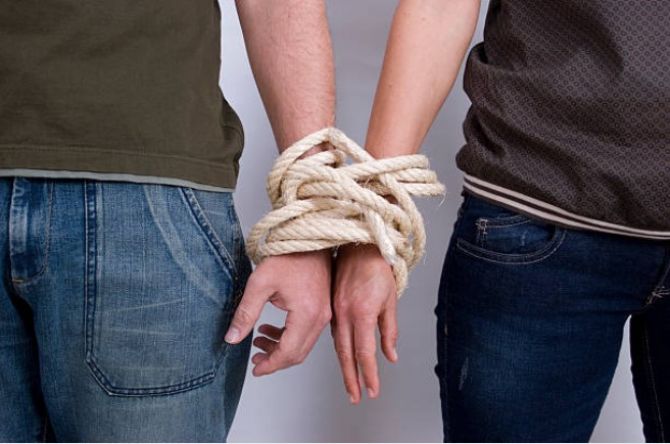 If it’s true that the inferior function is in fact inferior to our other functions and the ego does what it can to cover up this reality, then we’d expect inferior function problems to be commonplace in committed relationships. While we may do a decent job of fooling everyone else, most of our true colors—including the most flimsy or fabricated parts of our personality—are typically first discovered by those we love most. And these parts are often (although certainly not always) connected to our inferior function.

Fortunately, because we all have an inferior function, no one gets a free pass in relationships. Given enough time, we can be sure that both partners will have discovered points of weakness and vulnerability in their mate. They then have the opportunity to use this knowledge as ammunition whenever they feel criticized or attacked. Indeed, couples who resist learning about and discussing their respective weaknesses can essentially be seen as holding each other hostage. They know exactly what threats to make, and which buttons to push, as soon as they start feeling threatened.

Take, for example, a financially successful ISTP who’s partnered with an artistic INFJ. The ISTP claims to want more sex (S), while the INFJ vies for more love and connectedness (F). Despite finding themselves at a relational impasse, both are afraid to end the relationship. Due to his inferior feeling function (Fe), our ISTP worries about loneliness and continued relational difficulties, while our INFJ frets over her ability to support herself financially (Se). So at least for the time being, they both settle for a relationship which, though clearly not ideal, manages to assuage certain fears associated with their respective inferior functions.

In these sorts of scenarios, couples are unable to confront / overcome their own weaknesses either in or outside the relationship. Either they lack the faith, patience or confidence that positive change can occur, or their egos are too strong or resistant to admit of any personal shortcoming. Hence, the hostage arrangement ends up serving as a convenient fallback for many couples.

This brings us to a very important question, which might be framed as follows: “Are we willing to face certain hard truths about our personality for the sake of a more open, honest, and authentic relationship, or will we insist on upholding our historical self-view, whatever the cost?”

One of the difficulties associated with taking a more realistic view of our inferior function is its inconduciveness to quick fixes. Because it’s difficult to access and its patterns so deeply ingrained, making substantial changes can take years, even decades. We must therefore be willing to concede, to both ourselves and our partner, that our inferior function issues will, in all likelihood, not be readily overcome. Those who can accept this outlook will develop a very different picture of themselves than those who cannot. No longer can they envision themselves, or their partner, as perfect and unworthy of criticism. While they may still have high hopes for the relationship, it’s not because either party is a saint.

Availing ourselves (and our inferior function) to criticism is far from easy, however. Doing so can open the door to self-doubt, as well as to concerns that our partner might jump ship once they are privy to our shortcomings. The latter may be of particular concern when one partner retains a “you’re the one who needs to change” attitude. Only when both partners open themselves to critique, both from within and without, can real relational progress can be made.

Much of this hinges on trust. Deep down, we wonder if it’s really safe to avail ourselves to scrutiny. Can we really trust our partner to be patient, supportive, and committed if we wade into muddy waters? Many will conclude that they cannot, and will instead continue waiting with crossed arms for their partner to change.

Honest self-examination is not for the faint of heart, often requiring some measure of “ego death.” That said, the journey toward true self-knowledge is unlike any other, and committed relationships have the potential to not only be vehicles of love and companionship, but also profound growth and enlightenment.

Type & Relationships: The Roles We Play (& Why)