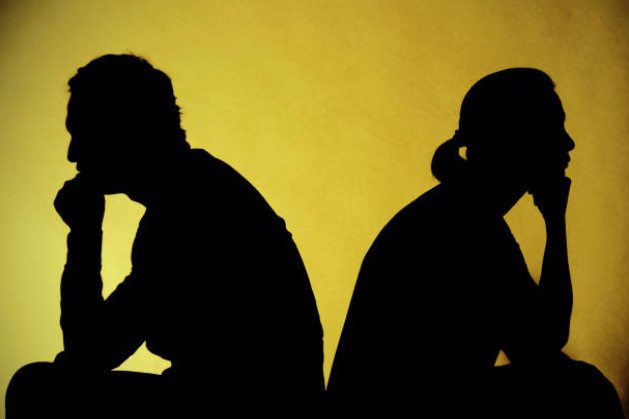 Thinkers (T) and feelers (F) have a longstanding disagreement regarding the best approach for dealing with emotions.

The thinker’s emotional calculus might be roughly summarized as follows: “seek and cultivate positive emotions, eschew or ignore negative ones.” According to this view, negative emotions are considered negative for a reason, as they’re thought to diminish rather than enhance one’s quality of life.

For instance, feelings of sadness or depression are often attended by a reduction of energy, vitality, and productivity. Indeed, the notion of “feeling down” evokes images of physical decline or diminishment, as might occur when an injury or illness necessitates bedrest. Thinkers may see low feelings as real threats to their power and potency, and ergo best avoided whenever possible.

One possible exception to thinkers’ emotional avoidance policy is anger. Unlike depressive feelings, anger can actually increase one’s sense of empowerment, at least temporarily. Of course, insofar as its aftermath entails feelings of guilt and shame, the net energetic effect may be negative rather than positive. Hence, many thinkers will conclude that even feelings of anger should be eschewed or ignored.

In short, thinkers are inclined to judge emotions based on their potential for enhancing vitality or effectiveness. Those viewed as devitalizing are typically pushed aside, while those with enhancing effects are welcomed and pursued.

Feelers, by contrast, tend to be more open and welcoming to the full array of human emotions. They do so not as a result of a conscious decision, but because they’re naturally inclined to trust and value emotional data, regardless of its valence. Feelers believe that even negative emotions have a purpose and thus deserve to be heard and responded to. So instead of merely dismissing or repressing them, feelers remain open to experiencing and dialoguing with negative emotions in hopes of discerning their underlying causes. This is particularly true of intuitive (N) feelers, who typically exhibit higher levels of Big Five openness, which includes “openness to feelings.”

Feelers are also more attentive and permeable to, and willing to assist with, others’ emotional needs. Whereas thinkers may exude an “I don’t have time for this” attitude toward emotional issues, feelers try to carve out space for emotional processing, both personally and interpersonally.

Clearly, thinkers and feelers approach emotions (especially negative emotions) quite differently. Despite this disparity, we can’t say that either approach is inherently better, as each is oriented to and optimized for different outcomes.

If we envision thinkers as being focused on enhancing their performance in impersonal matters, such as honing their technical abilities, then sitting with their feelings is apt to provide little value toward that end. Similarly, if we see feelers as prioritizing human concerns, failing to attend to emotional matters is bound to feel uncomfortable and inauthentic. Hence, the degree to which either of these approaches is beneficial hinges on one’s particular goals and priorities.

Thinkers aimed at advancing their T work may lack the motivation to attend to the emotional sphere. Likewise, feelers may be reluctant to seriously invest in T matters. However, those looking to grow and explore the less developed parts of themselves will need to start experimenting with the opposite approach.

For thinkers, this might involve taking more time to slow down and reflect on their feelings, as well as being more open and attentive to others’ emotional needs. Of course, in order for this to work, they must have some sense of, or better—specific reasons for—why doing so is in their best interest. This shift in motivation is particularly common in midlife, when many are outgrowing their long-cherished approach and feel ready to try something new.

So what might this look like for thinkers? It’s not unusual for thinkers to associate feelings of infatuation or sentimentalism with emotional development. Hence, many will rely on certain catalysts—be it dating, music, movies, or fantasy—to ignite these feelings. Thinkers are also inclined to use emotional intensity as the primary metric for assessing whether they’re on the right track. Hence, regularly experiencing strong emotions helps reassure them of their F capacity.

Mature approaches to F development have little to do with emotional stoking. Rather, they’re apt to involve contemplation of the role and value of relationships in one’s life, investment in those relationships, and learning to appreciate and find joy in life’s subtleties. The latter derives from the fact that feelers seem to excel at “the art of being” in a way that thinkers don’t. Feelers extract a great deal of meaning from even the simple things in life, which thinkers (especially T dominant types) have a harder time doing. This is in many respects the central message of Robert Pirsig’s classic book, Zen and the Art of Motorcycle Maintenance. Namely, learning to appreciate and cultivate what Pirsig calls “quality” is critical to the well-lived life. Although Pirsig’s notion of quality may not be synonymous with how feelers operate, cultivating quality is nevertheless a potent factor in thinkers’ type development. At minimum, it seems fair to say that experiencing and attuning to quality brings thinkers closer to, or lays the groundwork for, a richer emotional life.

Growth-minded feelers will often move in the opposite direction. Namely, they may decide to scale back some of their inclinations toward extensive or intensive emotional involvement. Feelers are prone to overextend themselves with respect to others’ emotional needs, often settling for leftovers when it comes to self-care, self-reflection or career development. Establishing boundaries for emotional investment is thus a necessary step in incorporating their T side.

Some feeling types, such as those who identify with the Enneagram 4, may be disposed to emotional indulgence and self-absorption. Under the guise of emotional authenticity, every mood or feeling, however negative or self-defeating, is unconditionally honored. If left unchecked, this propensity can spawn a host of bad outcomes—depression, relational failure, career ineffectiveness, self-sabotage, etc. For feelers of this bent, growth may involve adopting certain cognitive or behavioral strategies used by thinking types. This includes the recognition that, at least in some cases, there are healthier choices (e.g., going for a run) than continuing to ruminate on negative feelings. Instead of approaching low moods with questions like—“What’s wrong with me?”—identifying and implementing behaviors known to alleviate them may prove more beneficial.

To what extent should we be willing to stop and listen to our emotions (or those of others)? Thinkers and feelers will usually answer this question quite differently, typically in ways predicted by their type preferences. But as we’ve seen, there is no clear-cut answer to this question, as it hinges on the type of outcome being pursued.

Thinkers generally error on the side of emotional detachment, while feelers default toward emotional involvement. More interesting, however, is the challenges they each face in their type development. If growth is the goal, it’s no longer a question of detachment versus involvement, but of finding the right measure of both.

It can also be hard to know how to start this transition, since the habits of our type are so deeply ingrained. Consequently, it can take years of experimentation to discover and establish new pathways for growth. And that’s okay. After all, much of the adventure is found in the learning and struggle, as well as the anticipation of what we might experience as we move closer to the “other side” of ourselves.

Learn more about thinkers and feelers in our books:

INFJ Strategies for Dealing with Emotions