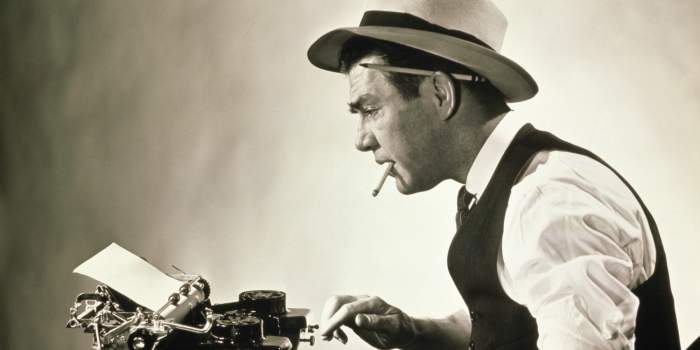 ENTPs, INTPs, ENFPs, and INFPs relish the creative process. When acting creatively, these types feel most fulfilled and most themselves, losing track of time and leaving their worries behind. The presumable reason creative work is so enjoyable for NPs is it engages one of their top functions, Extraverted Intuition (Ne).

Unlike Introverted Intuition (Ni), which convergently zeroes in a single theory or interpretation, Ne is characteristically divergent. It expands rather than reduces the number of possibilities or interpretations. Ne also enjoys blindly following tangents to see where they might lead. Following rabbit trails conjures a sense of excitement and adventure in NP types. And since there is really no limit to the number of potential tangents they can explore, creative work can serve as a reliable source of enjoyment for NPs.

Writing is among the top creative outlets for NP types, allowing them to explore, organize, or recount their thoughts, feelings, and experiences. For those inclined toward fiction or poetry, the divergent nature of Ne is more of a boon than a hindrance. Like other arts, fiction and poetry are perfectly suited for the ways and talents of Ne.

In my experience, ENFPs and INFPs are more inclined to write fiction and poetry than ENTPs or INTPs are. This can be attributed to their use of Introverted Feeling (Fi), which finds great pleasure in exploring the feelings and experiences of individuals. ENTPs and INTPs, by contrast, use the Ti and Fe functions, which focus more on logic (Ti) and human universals (Fe). Consequently, these types typically gravitate toward non-fiction writing. But unlike fiction writing, which seems well-suited to the divergent ways of Ne, the objectives of the non-fiction writer can at times seem at odds with the whimsical ways of Ne.

As we’ve seen, Ne is expansive. It wants to flow outwardly and have the freedom to change directions or topics at will. It also has a random flavor to it, as one thought begets others that may seem unconnected to non-NP types. And while expansiveness and randomness may in many ways be considered foundational to the creative process, in non-fiction writing, these characteristics are countered by an equal concern for truth and accuracy. For NTP types, this could be framed as a tension between Ti and Ne, or for NFPs, between Te and Ne.

In light of these tensions, NP writers may struggle to discern a clear boundary between fiction and non-fiction writing. They may start off with a certain set of facts, ideas, and experiences, but once their Ne gets warmed up, they may be reluctant to censor its outpourings and free associations. In many ways, this can be viewed as healthy for NPs, who are naturally reluctant to fully commit themselves to a single system or perspective. NPs are notorious for blurring boundaries and seeing things in terms of greys and gradations. The act of writing can thus be understood as an act of exploration for NPs, of experimenting with various ideas and perspectives. The fact that NPs may not express a clear or consistent opinion in their writing may at times be puzzling to other types. But this reflects the nature of the NP’s mind, which resists excessive convergence or positivism.

Ne’s lack of ideational convergence or consistency may frustrate NPs who seek a more steadfast worldview, identity, or career path. They may hesitate to commit to anything out of fear that they may change their mind (or perhaps more accurately, that their mind will change them). NP writers may find it difficult to commit to big projects, fearing that boredom or Ne fickleness may undercut their efforts.

Ne divergence can also be at odds with the development of a cogent scientific or theoretic framework. ENTPs and INTPs may find this particularly frustrating, since their Ti seeks order, clarity, and efficiency of thought and expression. The notion of making real discoveries and adding to the “progress” of knowledge can be deeply attractive to NTPs. They can’t help but look at someone like Einstein with profound envy, wishing they too could immerse themselves in a discipline and make important discoveries. At the same time, like Einstein, they are reluctant to do so from “within the system,” which they feel will unduly restrict their free-ranging Ne. They may therefore feel stuck between the world of convergence (e.g., science/ philosophy) and divergence (e.g., creative production), between formal and informal studies, between “left brain” and “right brain” careers.

Another point of difficulty for NP non-fiction writers is cynicism/nihilism. There are times when they may feel that everything important has already been said, and probably expressed in greater depth than they themselves are interested in going. They may also go through periods of feeling that nothing can be known with certainty and thereby deem non-fiction writing a futile endeavor.

In response to these points, it is true that NP writers often borrow and synthesize ideas from others. Moreover, they may never reach complete certainty with respect to certain realms of truth. They may also fail to gain recognition as important theorists or scientists. The lack of prominent extrinsic rewards can undoubtedly prove frustrating for NP writers who dream of being famous. These realities inevitably lead to an inner bargaining process where NPs periodically weigh the pros and cons of continuing to write.

In many ways, the relativistic ways of Ne have become crystallized in the tenets of postmodernism, which disavow in principle all absolutes or strong theoretical positions. Instead of seeking hard theoretical truth, postmodern scholarship emphasizes description and contextual interpretation. This is well exemplified in historical scholarship, in which the aim is not to extract universal truths or principles, but to explore events or individuals in light of their historical context. Generally speaking, this is probably a healthy approach for NPs, since focusing on the development of a single theoretical framework may not be the healthiest use of their function stack. This is not to say that NPs are never tempted to zero in on a unified theory or “once-and-for-all” solution. But as I’ve written elsewhere, their attempts to function more convergently (i.e., to function like NJs) often prove more frustrating than fruitful.

Among the more common reasons NPs enjoy writing is its value for self-exploration. Many NPs write about subjects that have the important benefit of helping them better understand themselves. For instance, an American of Irish heritage may take up writing about Irish history as a way of better understanding his roots. Others may review books, films, or historical figures perceived as relevant to their own self-understanding. NPs may use a variety of topics and media as sounding boards for self-exploration.

Asking why NPs like to write or create is sort of like asking why SPs like new sensory experiences. In large part, they do it because it is deeply pleasurable and satisfying. And while their work may fail to be as linear or convergent as that of NJs, their creations can still be considered unified wholes. Granted, the underlying pattern or unity may not always be immediately evident to others, but this does not undermine the importance, especially the intrinsic importance, of their work. Through the creative process, NPs make sense of life and cultivate meaning in their own unique way.

In some respects, NP writers resemble the creative ways of evolution. They routinely perform experiments without foreseeing exactly where things are headed or what will result. They may even find great meaning in the notion of their being a vessel for the universal creative impulse. And while many of their experiments will fall flat, this should not deter them from exploring alternatives, since creative exploration is one of their chief and most satisfying roles in the human economy.

If you’re an NP looking for clarity in your personality, identity, or creative path, check out our new online course: Finding Your Path as INFP, INTP, ENFP or ENTP:

How NPs Use their Ne in Ideation & Communication