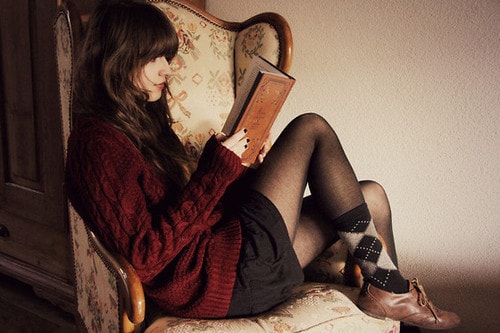 Introverted Intuitives (INs) are commonly classified as reflective personality types, whereas Extraverted Sensors are construed as active types. INs’ reluctance to act can contribute to problems when it comes to things such as careers or relationships. Despite their common difficulty with action, the specific underlying reasons are somewhat different among INFPs, INTPs, INFJs, & INTJs. The purpose of this post is to illuminate these differences. Specifically, I will suggest that INPs difficulty with acting relates more to indecisiveness, whereas INJs’ struggles stem largely from their idealism and perfectionism.

According to William James, “beliefs, in short, are rules for action.” Taken in the negative sense, we might suggest that if you don’t know what you believe or believe in, it can compromise your ability to act. Beliefs or ideals orient us in a certain direction. They involve a negation of alternatives, a preference for one way over and against others.

Among the most open-ended of all types, the INTP and INFP are known for their difficulty in arriving at firm conclusions. While their dominant judging function (Introverted Thinking (Ti) or Introverted Feeling (Fi)) seeks closure, their auxiliary, Extraverted Intuition (Ne) is adept at introducing doubt or additional options for consideration. Thus, INFPs and INTPs alike may struggle to settle on a worldview, identity, or direction that allows them to act with confidence.

Issues with self-esteem, self-confidence, or anxiety can serve as complicating factors for INPs, especially INFPs. This makes sense in light of type theory, in that the extraverted judging function for INFPs, Extraverted Thinking (Te), is in the inferior position of their function stack. INFPs who have not developed their Te, perhaps because of the anxiety that stems from its use, often feel helpless and powerless when it comes to asserting themselves in the outside world. My INFP sister who decided to become a high school math teacher had to learn this the hard way. She was forced to utilize and develop her Te in order to survive and become an effective teacher.

For the INTP, skepticism and cynicism can serve as formidable roadblocks to action. Many INTPs find it difficult to fully embrace anything intellectually, let alone practically. They are experts at identifying the shortcomings and limitations of theories and action plans. Even if endorsing a given solution, their lack of confidence in their inferior Extraverted Feeling (Fe) function often precludes them from acting. Hence, both INTPs and INFPs often end up feeling powerless and frustrated when looking for a path of action in the world.

The INTJ and INFJ do not suffer from the same degree of indecision when it comes their beliefs and identity as INPs. Their dominant function, Introverted Intuition (Ni), confers a greater sense of closure and conviction. Unlike Ne, which produces an endless stream of options, Ni, somewhat paradoxically, can act quite convergently, functioning more like a judging function. INJs often report having a gut feeling (i.e., intuition) and strong sense of conviction about what is true and what they believe.

INJs’ inferior function, Extraverted Sensing (Se), is arguably the most “worldly” and action-oriented of all the functions. Ni, in contrast, is the most “otherworldly,” idealistic, and abstract. Hence, INJs’ difficulty with regard to action is best understood in terms of their struggle to reconcile these opposing functions.

Their Ni provides INJs with ideals, that is, with solutions or answers to improve the outside world. They often find their visions incredibly beautiful and compelling, finding it difficult to accept anything less than the seemingly perfect solution proffered by their Ni. To actualize this ideal, INJs must find a way to transform it into a tangible reality (Se). Unfortunately, because life is messy and does not readily conform to such idealistic efforts, INJs quickly learn that their visions are almost always tarnished in the process of actualization. Once the ideal has been tainted, it is easy for INJs (especially INFJs) to become despondent and lose all interest.

This leaves INJs with two primary options. The first is to merely act as producers of ideals without concerning themselves with their actualization. While option may satisfy their Ni, it fails to present them with tangible evidence of outer change (Se) they desire. Since INJs are wired to be change agents, producing only ideas can often feel unsatisfactory. Nonetheless, when faced with the alternative of accepting a less than ideal product, many INJs will settle for this mode of operation, at least for a while. This may be why INJs flock to academia, a setting which allows them to work on theories more or less independently of their application. Writing and other artistic pursuits also provide INJs with the opportunity to express their ideals without concern for their direct application. In doing so, they are in many ways functioning like INPs, who in many ways see the creative process as an end in itself.

The second option for INJs is to actively work to implement their ideas while being willing to accept something less than perfection. This option appeases their inferior S while at some level frustrating their Ni. It also introduces a new set of concerns. Namely, once the Ni ideal is tarnished, at what point can something be considered acceptable or “good enough?” This question is unavoidable in both their work and relationships. They are forced to grapple with whether the product or relationship is acceptable or if it is time to cut their losses and start over. If they do opt to call it quits, they will again be faced with their original dilemma of whether they should even bother to dirty their hands in the Sensing world.

Learn More about IN Types in Our books: