I recently came across a very gifted and interesting INTP, and I almost immediately wanted to crawl inside his head for a while. Although he wished to remain anonymous, he graciously agreed to my publishing the following interview, which we conducted over email. I hope you enjoy it as much as I did.

AJ: Can you give us an overview of your interests and career journey to date?

As I child, I constantly thought about my future career. My earliest ideas (before 6) were businesses, like selling lemonade, but I quickly realized that wasn’t the right thing (characteristically my all S family happily declared I’d be a future businessman, unaware of the wild career swings to come). Paleontology was the first sustained interest I obsessed over in my pre-teen years. But I wouldn’t be into dinosaurs like other kids (I thought), and instead chose oddball specialties like micro fossils. Tiring of that, I discovered music in my early teens. This seemed perfect, as composing music seemed like a fascinating idea. Again, it couldn’t be run-of-the mill, so I devoted myself exclusively to classical music. I quickly advanced, winning a number of competitions and so on.

Parenthetically, it was around that time that I came across a copy of David Keirsey’s Please Understand Me. I tried to figure out my type, and came up INFJ. Looking back, I now recognize that my testing as an FJ type, as well my interests in music, was likely an inferior function grip experience (i.e., Fe is my inferior function as an INTP). I suffered from explosive emotions and pouring it into music probably seemed like a way to manage it. Moreover, having a music teacher push me to “play with passion” probably fueled the INFJ idea. I remember preparing for a recital as a 17 year old, with my teacher screaming at me to be more passionate, and thinking to myself, “I don’t even know what passion is.”

By age 21, I reached a pinnacle as a young musical talent and needed to decide whether to go professional. Fortunately, the decision was made for me, as something deep in my psyche said “No!” I was getting bored of the same old thing and I didn’t want to just keep perfecting.

Historically, I had performed spectacularly badly in STEM (i.e., Science, Technology, Engineering, Mathematics) course, feeling I was ‘too good for that.” But when telling a friend I wanted to switch career tracks, he suggested physics (for unknown reasons). Then, it hit me like a lightning bolt—I would become a theoretical physicist! It was perfectly clear, never mind the heart attack it would give my parents. It made sense to me because I intuitively knew I was unbalanced, and needed more “thinking” in my psyche (at the time, I wasn’t viewing this from an MBTI perspective).

So I applied myself and, after tremendous work and difficulty, was accepted a few years later into a top graduate program. I had made it! I could now study advanced theory and understand the secrets of the universe! Much to my dismay, it didn’t seem that way in grad school. Once again, something deep in the psyche something screamed “Stop!” and I knew I had to leave. (Note: At that point, I had typed myself as INTJ. It’s amusing to me that physics departments are full of INTJs. Later with all the MBTI materials on the web, I read the famous Paul James profile and realized, “Oh damn, I’m an INTP”. I didn’t want to be one, it wasn’t how I had been seeing myself, but I eventually came to realize my eye had been on my inferior function rather than my entire psyche.).

The internet was exploding so, having become more obsessed with computers than physics, I found a job at a major engineering company. While I loved being an engineer (or rather doing engineering), I thought there must be something better. So I explored art, fiction writing, voluntary simplicity, finance, high end audio, and many other interests. At some point, my INFJ wife observed: “The one common thing to all of your careers/interests is the computer”. For example, the first thing I did as a writer was set up a writing computer, but I never got around to the writing. 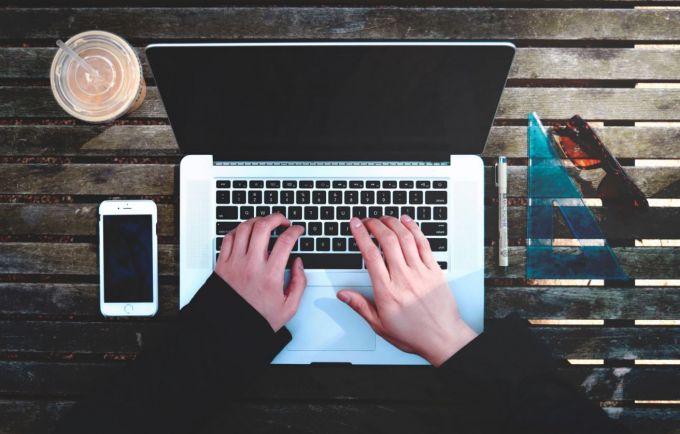 So I eventually realized that programming—creating structures and architectures in code, solving problems, and finding wildly clever solutions to unusual scenarios—was truly my thing. But I never wanted to be a computer engineer, and that tells me something too. I think we desire our inferior function because the dominant/auxiliary is rather mundane. It’s what we are, but who wants to be what we are? Being what we’re not is much more interesting, even if ultimately unfulfilling.

AJ: Fascinating. It sounds like you’ve explored and experimented with lots of different interest areas, as is true for so many INTP career-seekers. I liked your observation that “being what we’re not is much more interesting.” As you suggest, it seems that we fail to see ourselves as we really are because we are so focused on our inferior function. For many INTPs, this includes failing to recognize themselves as creatives or innovators (Ne). Growing up, no one ever explained to me what engineers actually do (besides operate trains). So it never made it onto my list of career options. But engineering can actually be rather creative work. Perhaps you can help us understand how you work as a software engineer has provided you with opportunities to think creatively. I’m also curious about your early transition into the world of computers and code languages. Since you were used to getting juiced up on your inferior function, did learning computer languages feel a bit dry and mundane? If so, was it hard to find the motivation to learn? What inspired you to keep going?

First there are different kinds of engineers, mechanical, civil, electrical and software. While the others are constrained by physics, software has little constraint and is only bounded by the limits of theoretical computation.

What is creativity? I think it is both doing something well, and doing something new. So the history of western art and music is a steady progression of creative individuals pushing the boundaries of form and tone. But there’s a problem: it appears our ear has limitations as to how far it’s willing to go, which is why nobody listens to microtonal or 12- tone music. In art, they have it much better, people are happy to explore the far limits of form (abstract, etc.). But here’s the catch: it’s still severely limited by physics. Writing has it the worst (next to dance). Writing has to be intelligible so the tongue hasn’t changed much from Chaucer’s time (just some E.E. Cummings experiments, Finnegan’s Wake and the like). In other words the range of what is being expressed is limited by human intelligibility. So fiction has severe limitations on how much you can experiment.

Okay then, what about software? Software is the intersection between the magic realm of the machine and the human realm. The boundaries are just those of information theory and theoretical computation. Written software is an attempt to bridge the gap between the machines (which is ultimately a mathematical realm) and what humans can comprehend. So what do you have? A big, really big, really humongous multidimensional space that is coexisting with us. People have no idea about the ‘second universe’ the world is perched on. At any rate the software engineer is the creator and keeper of this world, and there’s nothing but green fields with opportunities for creativity.

I never had trouble with computers, it always came easy. I’ve learned that when I’m finding something dry and mundane it’s usually (always?) just my own limitations I’m looking at. INTPs, due to our judging dominant I think, too easily fall into that trap. I have – a million times. I used to think databases, finance, and economics were boring, but learned it’s a whole ‘nother world.

Throughout the journey, what kept me going was having a purpose. I’m relatively content when I have a purpose, but when I don’t it all falls apart. Plus, I have a good sense of “this unpleasant thing won’t last forever.” In fact, it doesn’t last long at all, then I enjoy it because I learned a new skill.

AJ: You mentioned the importance of having a sense of purpose to keep you motivated in your work. I’ve found this to by true of most INTPs. Personally, I’ve spent no small amount of time contemplating my purpose in life. Can you give us a taste of what your perceived purpose has been with respect to your work? Has it changed much over time? Have you felt compelled to construct a “philosophy of life,” and to understand your work in that context?

At a young age, I discovered that when I had purpose—a long term goal, plan or idea—I felt most myself. When I didn’t have a purpose, then all the loose ends led to mild anxiety, depression, and listlessness. But conversely, being hyper focused on something didn’t work either. It made me somebody I wasn’t. So while I’m always going somewhere (purpose), I don’t focus too hard on how I get there. This seems to be optimal existence for me as an INTP.

Every stage of my life has had an associated purpose. This has been difficult in that as soon I’ve reached or satisfied a given purpose, it has disappeared. In music, for instance, my purpose was to play with a major symphony orchestra. I didn’t know how I would get there exactly, but assumed it would involve winning a chair professionally. Once I became good enough to perform a solo with a major, my will to continue dissipated. Performing once was enough. With physics, the purpose was to get into a major graduate program, which I did. Once there, however, it seemed to wane. When I switched to computing, for some years, I just viewed it as a great job. They paid me tons of dough to do something easy, and I didn’t really recognize how much I enjoyed it. During that time I spent my off time studying literature (got a minor degree in classical Latin) for writing, tried art (i.e., the dominant function=boring, inferior=’hey look at that’ thing again). Eventually through, becoming interested in econ/finance, I invested my way into some financial independence (I predicted the 2008 worldwide financial crash and capitalized on it). At that point, I could finally say “what do I really want to do with my life in absence of worrying about money?” After some time the answer came: “just keep on banging the computer keyboard”.

Philosophy of life? Yes, I have developed one in the context of computing. It’s different from my earlier goals/purpose in that it’s not tied to specific events on conditions, but what I (and others) believe is the future mankind is headed for, and my place in that.

AJ: Thank you so much for talking with me! I found it really fascinating.

You’re very welcome. I enjoyed it too.