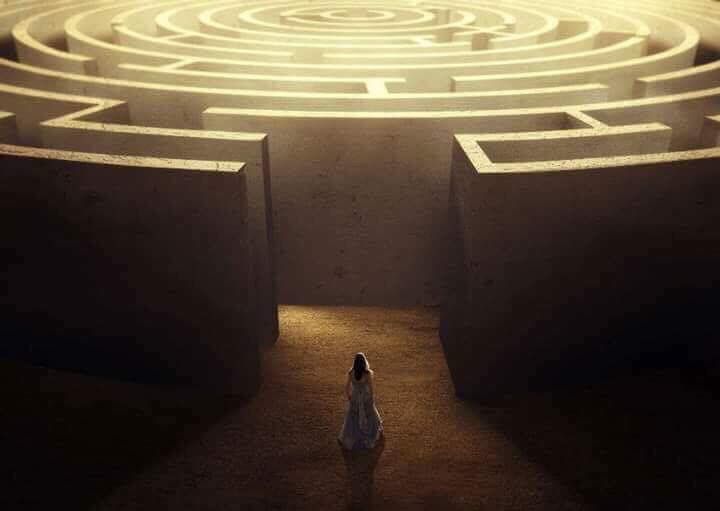 I have recently described how INTPs are seekers of convergent truth. They seek a goal, a mission, something to believe in or work toward, which provides them with a direction and outlet for their creative and intellectual energies. While offering a vision of the overarching intention of these types, I had yet to tie up all the loose theoretical ends. Fortunately, my good friend and fellow personality junkie, Elaine Schallock (INFJ), stepped in to help me out, crafting what I see as a great theoretical metaphor for understanding and visualizing the psychodynamics of INTPs.

We begin with the premise that INTPs seek convergent truth. This is not only consistent with my observations of and experiences with INTPs, but is also predicted by the fact that their dominant function, Introverted Thinking (Ti), is a Judging function, which points to their intention to come to convergence, closure, and certainty. With that said, I also suggest, in concert with Schallock, that we cannot ignore the role and importance of the other three functions.

In Schallock’s view, all types function most optimally when they develop and utilize all four functions in their function stack, which leads to a more balanced and thorough way of processing information. While not ignoring the holistic interplay of the functions, Schallock also envisions the flow of information occurring in a predictable or linear fashion, moving from the top of the stack downward (e.g., from Ti to Ne to Si to Fe) or from the bottom of the stack upward (e.g., from Fe to Si to Ne to Ti).

This post will illustrate, using the visual metaphor of a maze, how INTPs start with a convergent intention, formulated by their Ti, and proceed with the hope of reaching a convergent Fe endpoint (Fe is their inferior function and can be thought of as the final phase of information processing, in which a conclusion or decision is made). The maze metaphor also requires that we think in terms of a hedge maze or a corn maze, one in which the INTP cannot see the whole maze and its endpoint from above, but is immersed within a life-size maze with opaque walls.

According to Schallock, in trying to make their way from Ti to Fe, from one “known” to another, INTPs are faced with a theoretically infinite number of divergent points or potentials (i.e., “dead ends,” “false leads,” or “rabbit trails”) along the way. Without access to a “bird’s-eye view,” (which we might think of as being reserved primarily for INJ types), the INTP cannot see a direct route from Ti to Fe. His view is limited to what can be seen from his current location in the maze (the option to go left or right, but not straight ahead, for example). Then, using these “knowns” (Ti), he proceeds to consider his theoretical options by way of Extraverted Intuition (Ne)). Bear in mind that, at this point, it is virtually impossible to determine the benefits of choosing one direction over another. But by trying each theoretical option, the INTP is able to determine which paths don’t work in hopes of eventually finding the path that does work.

It would not be unusual for the INTP to make an almost arbitrary decision to head in any given direction, so long as it appears promising. He may then follow that path until he reaches a dead-end and his Ti is forced to incorporate that dead-end as a new “known” into the equation. Forced to head back and try another route, his Ne returns to exploring new options, while also being mindful of where he has already been (enter Introverted Sensing (Si)).

Si, the INTP’s tertiary function, allows him to store and recall information that prevents him from retrying false paths that cost him valuable time and energy. Hence, his Si can be viewed as aiding and honing his auxiliary Ne. As the INTP continues through the maze, this process of trial-and-error elimination allows him to move closer and closer, even if tediously, toward the endpoint, Extraverted Feeling (Fe).

In some regards, it is only through exploring most, if not all, his theoretical options (what other types might see as rabbit trails), that the INTP can feel confident that he is moving toward his goal of discovering convergent truth. And consider this frustrating dilemma: the INTP may actually be a substantial way through the maze and approximating the endpoint, but being unable to see clearly see the endpoint, he has little way of knowing that this is the case. As such, he may be sorely tempted and even give in to the urge to go backward in order to exhaust unexplored paths for the ultimate purpose of proceeding down the correct one with a higher degree of certainty. Where INTPs hit a wall (no pun intended) is when this mental backtracking and exhausting of unexplored paths leads to the discovery of even more unexplored paths. The INTP can suddenly feel overwhelmed and wearied, forgetting why he rerouted himself in the first place and questioning everything he thought he knew. Beleaguered, the INTP may throw his hands up in the air proclaiming that nothing can be known and that no answer exists. With the aid of Si, however, the INTP can put a halt to his irrational worrying and recall the myriad things he knows with certainty: that certain paths traversed do NOT work. And by remembering what does NOT work, he can feel confident that he does, in fact, know something.

To other types, the INTP’s approach can look like sheer lunacy, but to the INTP, it seems a rational necessity when viewed from inside the maze. To be sure, this process can at times feel very frustrating or overwhelming to the INTP (imagine yourself lost in a maze without a map). With so many options before him and very little assurance that one route is any better than another (besides what his Si can afford him at familiar crossroads), it is easy for him to feel discouraged when encountering one dead after another. This, by the way, happens to be the way INTPs garner a reputation for being naysayers and pessimists, not to mention aimless wanderers.

Despite these formidable challenges, buried deep in the INTP’s soul, deep in the bottom of his function stack, is that haunting mistress, Fe, beckoning him toward a certain endpoint stationed somewhere on the other side of the maze. Imagine his joy if he were to encounter a siren figure who apprised him that he had reached the end of his journey and could finally rest his weary mind. In order to experience the satisfaction of what Schallock calls “completing the stack,” the INTP would stop and embrace this endpoint as a welcomed relief. But usually, it is not long before the nagging fact that he has not exhausted ALL of the potential pathways once again stakes hold of him. After all, how could he be 100% sure that this seductive siren, this elegant endpoint, is not merely an illusion? So after taking a deep breath and a few swigs of water, he once again resumes his quest, exploring all sort of possibilities hoping that, maybe someday, he’ll find the certainty or purpose he is seeking and can finally rest in the arms of convergent truth.

Why INTPs Seek (But Struggle to Find) Convergent Truth