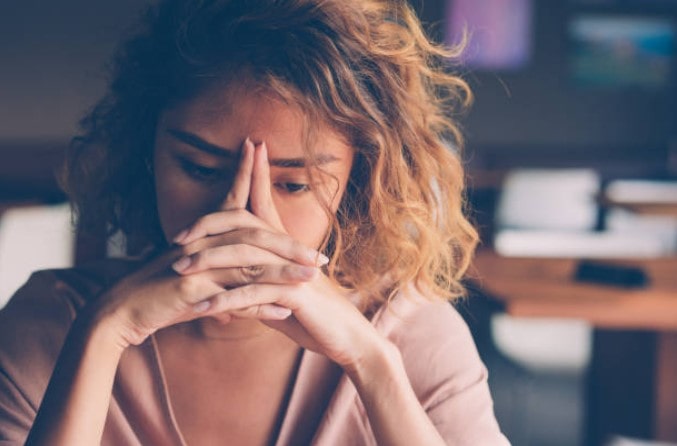 With the advent of the Big Five personality taxonomy, neuroticism was no longer seen as a mere transient response to life difficulties, but as a personality trait that tends to endure over time.

The Big Five’s domains—neuroticism, extraversion, openness, agreeableness and conscientiousness—are sometimes said to be orthogonal, that is, statistically unrelated. But empirical research has consistently shown that Big Five extraversion is negatively related to neuroticism. Or, to put it differently, introverts—on average—score higher in neuroticism than extraverts.

Big Five neuroticism assesses for the presence of negative thoughts, moods or emotions, as well as the stability on one’s emotional state over time. Individuals with more negative thoughts, moods, and emotions, along with those reporting emotional instability, will score higher on this measure. The stability element is captured in the assertive (A) vs. turbulent (T) variable that some have begun appending to the Myers-Briggs types (e.g., INFJ-T). So if it’s true that introverts are less emotionally stable, we can expect a higher number of turbulent vs. assertive introverts.

In light of research suggesting that extraverts are generally happier and less neurotic, there seems to be an underlying sentiment among some Big Five and positive psychology theorists that it’s somehow better to be extraverted. Understandably, some Myers-Briggs typologists, such as Katherine Hirsh, have stridently objected to this practice of tacitly casting introverts as more neurotic and not okay as they are. Indeed, the Myers-Briggs community has always defended the preferences and importance of all types, seeing each as having a unique and valuable role in the world.

That said, it’s not my intention to crusade against the Big Five. After all, if we live in a society that in many ways favors extraverts, it shouldn’t surprise us if extraverts turn out to be a bit happier. And if maximizing happiness is the ultimate objective, as it seems to be for many people, we can see why it might be tempting to promote extraversion as a means to a happier life.

But as is often the case, this issue is not as simple or clear-cut as it initially seems. For one thing, scoring high on neuroticism requires an individual to first be attuned to, and honest about, one’s inner life. Those with less self-awareness will typically opt for the socially desirable (i.e., low neuroticism) responses. And I suspect that extraverts are more susceptible to this.

Extraverts tend to relish high levels of external stimulation. They love being busy, having lots of projects and obligations, keeping the television on for background noise, and enjoying a breadth of social engagements. In many respects, the extraverted mind is not confined to their cranium, but extends into the outside world; it exists between them and the environment. As Jung observed, extraverts get absorbed in “the object”—the outer / objective world. The upshot, with respect to this post, is that extraversion affords fewer opportunities for introspection which, for many extraverts, is perfectly fine. Indeed, sitting quietly with themselves and looking inward can be just as unsettling for extraverts as noisy social gatherings are for introverts.

Introverts are less anxious about, and desirous of, quiet moments (yes, literal quiet). External quiet opens the door to introspection, that is, to noticing what’s happening in one’s mind, body and soul. Within these internal quarters a number of things can transpire—some good, some neutral, and some difficult; not unlike what happens in the outside world. The main difference is introverts feel more at home and skilled with inner navigation, including dealing with difficult issues that may arise during introspection. Nevertheless, I suspect that introverts’ proclivity for introspection may play a role in their higher neuroticism scores. Let’s now consider some of the potential perks and downsides of introspection:

It’s relatively easy to imagine how certain aspects of Big Five neuroticism—anxiety, depression, and self-consciousness—could feasibly be made worse by excessive rumination or introspection. As mentioned above, if something goes awry, there can be a snowballing of negative thoughts, moods, and feelings. By contrast, it’s harder to envision extraverts becoming more depressed by doing what comes naturally to them, such as spending more time with other people. Rather, extraverts are probably more susceptible to insidious health problems or breakdowns stemming from burnout. They run at full tilt until their body can’t take it any longer.

With this in mind, we arrive at a key question for introverts: Is introspection worth it? Put differently, should introverts be willing to risk unhappiness or dissatisfaction for the sake of self-reflection?

Most introverts will, and maybe even should, consider this a silly question. Asking introverts (especially intuitive (N) introverts) to avoid self-reflection is like asking a fish to stop swimming. Whatever the potential downsides of introspection, introverts will consider the risks of forgoing it to be far greater. It’s not unlike functioning as a “starving artist” versus resigning oneself to a monotonous job with good pay. The good paying job might look good on the surface and seem like the “more reasonable” thing to do. But there’s something deeper at stake, something we might call spiritual, which carries more weight for the introvert. If introverts sense that, through introspection, they are ultimately moving toward something more meaningful, they can shoulder whatever difficulties and hardships they encounter along the way.

While abstaining from introspection is rarely a feasible option for introverts, it’s nonetheless possible, and probably advisable, to find ways of maximizing its benefits and minimizing its risks. One seemingly straightforward skill, although easier said than done, is knowing when to turn it off, that is, realizing when it’s time to switch gears for a while and let the subconscious do its thing. As mentioned earlier, it’s possible for introverts to over-analyze things to the point where it’s counterproductive.

Another useful skill, often associated with meditation practices, is learning to acknowledge, then let go of, negative thoughts and emotions. By nipping negative emotions in the bud, introverts can curtail the snowballing effect discussed earlier. In short, developing skills like these can help introverts enjoy the gifts and rewards of introspection with fewer unwanted side-effects.

Turbulent (T) vs. Assertive (A) Personality