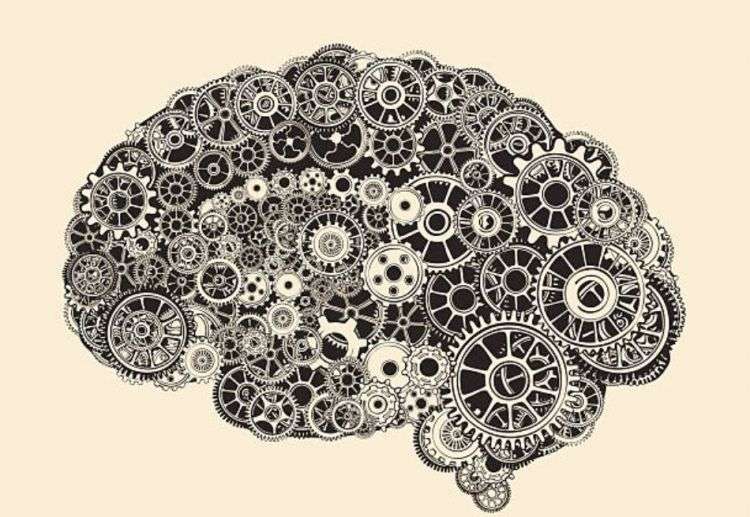 The Myers-Briggs preference dichotomies are intended to be distinct and independent constructs. So knowing that someone prefers for Intuition (N) should in theory tell us nothing about her Judging (J) – Perceiving (P) preference. But MBTI research suggests this is only partially true. It turns out that Intuitives are, to some extent, more likely to test as Perceivers than Judgers, suggesting conceptual overlaps between the N and P preferences.

In this post, we’ll take a look at some points of overlap between Intuition and Perceiving through the lens of the Big Five personality domain, Openness to Experience (or simply, Openness). We’ll start by examining how Intuition and Perceiving intersect with three aspects of Openness. Later we’ll consider how Openness relates to the Ne, Si, Ni, and Se functions. Hopefully this analysis will enhance your understanding of the Myers-Briggs and Big Five, as well as your own MBTI type.

In an earlier post, I discussed the relationship between Myers-Briggs Intuition and Big Five Openness. There, we saw that Openness is characterized by:

Of all the MBTI preferences, Openness correlates most strongly with Intuition (.64), but also with Extraversion (.28) and Perceiving (.26). Since both Intuition and Perceiving are related to Openness, one way of understanding the overlaps between N and P is to analyze them through the lens of Openness.

The similarities between Intuition and Openness are fairly apparent. Both are characterized by an active imagination, openness to new ideas and values, intellectual curiosity, etc. Everyday experience also suggests that Intuitive people are more open, both to their own inner promptings as well as outer explorations. But how is the Perceiving preference related to Openness?

Research suggests that Perceiving correlates most strongly with three facets of Openness: Action (.25), Values (.26), and Fantasy (.30) (correlations are present, but weaker, for the other three Openness facets: Ideas, Feelings, and Aesthetics):

Next, we’ll take a closer look at how Intuition and Perceiving intersect with Openness to Action, Values and Fantasy.

According to the paper, Six Aspects of Openness to Experience, Openness to Action is characterized by enjoyment of novelty and participation in a variety of activities.

We know that Intuitives tend to have broader interests and a taste for novelty. According to Big Five researcher Colin DeYoung, a desire for the new and novel is mediated by dopamine, which he calls the “neuromodulator of exploration.”

It’s also easy to see why Perceivers might be more open to actions. According to Myers-Briggs theory, the P preference specifically corresponds to extraverted Perceiving, that is, to taking in new information from the outside world. We’d thus expect P types to partake in a broader swath of external events and activities than J types. This contrast is most salient when comparing EP with IJ types. EPs relish going out into the world to have new experiences and adventures. IJs are more inclined to be homebodies and can feel unsettled by too much external change.

Openness to Values, per the above paper, involves:

A person’s susceptibility to change. People with a high degree of Openness to Values may reject traditional norms and traditions. For example, in political psychology, this is often used to analyze differences… between “conformists” and “nonconformists.

The fact that both Intuition and Perceiving are correlated with Openness to Values suggests that NP types—INFP, INTP, ENFP and ENTP—are the most open or likely to modify their values. They are also more apt to reject certain norms in favor of less conventional values or lifestyles. This coheres with common conceptions of NPs as bohemians. It’s hard to imagine a non-NP type deciding that living out of a van, for instance, is a worthwhile experiment.

That said, it’s important to recognize that many NJs hold unconventional values as well. However, because they utilize an extraverted Judging function (i.e., Te or Fe) rather than Extraverted Intuition (Ne), they don’t wear their offbeat values on their sleeves in the way an NP might.

Openness to Fantasy is sometimes used interchangeably with having an active imagination. Both the N and P preferences appear to contribute to imaginativeness, although Intuition makes a bigger contribution.

It’s not immediately clear why Perceivers would score higher in imagination than Judgers. It may relate to Perceivers using a more right-brained or divergent processing style. It could also stem from Judgers being more conscientious about their responsibilities and thus spending less time engrossed in daydreams or fantasies.

To summarize, both Intuitives and Perceivers tend to be more open to novel actions, unconventional values, and flights of the imagination. While Openness is most strongly related to Intuition, it in many ways reflects the NP combination (and even more so, ENP).

The fact that N and P tie into several aspects of Openness helps explain why those who test as Intuitives are more apt to test as Perceivers. Hence, the much higher prevalence of NP types (∼20%) compared to NJs (∼12%) in the general population.

We can also approach this issue through the lens of the functions. Namely, we know that Extraverted Intuition (Ne) is the function most closely related to Openness. I’ve often characterized Ne as a novelty-seeking function, one with a strong appetite for new ideas and experiences. Not surprisingly, types who lead with Ne (ENFP & ENTP) tend to score highest in Openness.

Introverted Sensing (Si), by contrast, works in the opposite direction of Ne. While Ne pushes for the new and novel, Si favors the tried and true—the well-worn path. And if Ne is linked with Openness, we might associate Si with closure or stability. Types who lead with Si (i.e., ISJ types) exhibit great consistency in their beliefs, values, and actions.

Things are somewhat less clear-cut for Introverted Intuition (Ni) and Extraverted Sensing (Se). In my experience, Ni dominant types (i.e., INJs) exhibit fairly high levels of Openness with the exception of Openness to Action. This makes sense in light of the fact that their action-oriented function, Se, is inferior.

While Se types (SPs) tend to be more open than SJs, they are typically less open than Intuitive types. At times, this can be confusing because Extraverted Sensing (Se), like Ne, is an extraverted Perceiving function, which can make SPs seem fairly open. But from a Big Five perspective, Se is primarily related to Openness to Action, which is the one facet of Openness where SPs may consistently score higher than INJs.

To learn more about the personality and life path of NP types, be sure to check out our online course: Finding Your Path as an INFP, INTP, ENFP or ENTP.

Still Unsure of Your J-P Preference?

Intuition (N) through the Lens of Big Five Openness & Intellect

How Intuition (N) Works Together with Introversion (I) & Extraversion (E)