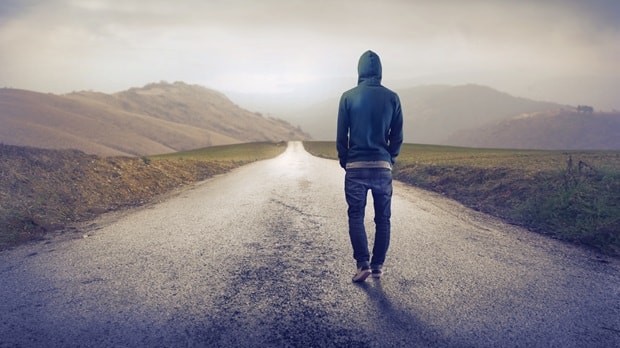 Seekers have always been with us. The seeker archetype is a perennial feature in literature and religious stories, which depict individuals questing for love, adventure, redemption, enlightenment, and the like.1 Even in our present age, the triumphs of science and technology have done little to quench the seeker’s thirst for a better life. While our knowledge continues to expand at unprecedented rates, this has not consistently translated into greater life wisdom. Although seekers may appreciate the freedoms and possibilities furnished by modern life, many struggle to find their way amid a sea of options. In short, 21st-century seekerhood is at once thrilling and overwhelming.

In the dialogue that follows, I hope to cast more light on the psychology and existential predicament of the modern seeker:

Non-Seeker (NS): The first question I have to ask you is why you always seem so restless and dissatisfied. Instead of finding contentment with life, you seem to exhibit a “grass is always greener elsewhere” mentality.

Seeker (S): Okay, I totally understand your concerns. But before we jump to too many conclusions, would you kindly grant me the opportunity to explain where seekers are coming from?

S: Great. Human beings can be roughly divided into two camps: those who prefer stability and consistency and those enticed by the novel and unfamiliar. I would consider you to be part of the first camp and myself the second. Since you are already well-acquainted with your own outlook, I’ll try to shed some light on mine. We seekers relish the feeling or experience associated with anticipating what might come next in our lives. This attitude is often paired with the belief that life is in many respects unpredictable and full of surprises. In short, we conceive life as pregnant with possibilities. We also believe that remaining open to these possibilities will increase the likelihood of novel and interesting experiences.

NS: Let me see if I understand you correctly. You are seeking a certain type of feeling (e.g., intrigue, mystery, excitement) that emerges from novel or unforeseen experiences. This is most apt to occur when one remains open to new ideas, people, or possibilities. Thus, your apparent dissatisfaction with the here and now relates to your concern for what might happen next or at some point in the future.

NS: One potential criticism of this approach is it seems to lack depth, substance, and durability. Doesn’t it trouble you, for instance, that the novelty of things always wears off and often does so quite quickly? Or perhaps I’m missing something. Maybe you are seeking something beyond short bursts of novelty or pleasure, some sort of goal or ideal?

S: Excellent questions. There is certainly a sense in which a future-oriented mindset can translate into an emotional rollercoaster, that is, a life marked by extreme highs and lows. And because emotional lows are quite unpleasant, many people (seekers included) look forward to a time when their lives will be more stable and their happiness more consistent. They often envision this occurring upon the discovery of their true passion, soulmate, or ideal career.

NS: Your remarks are both interesting and a bit confusing. Do seekers really want stability or is this just an illusion? Or perhaps a better question is this: Are they ever likely to find true and lasting contentment or do most remain seekers forever?

S: At least at some point in their lives, seekers do in fact want something more permanent, something they can rely on and invest in. They ultimately hope to commit themselves to someone or something. Whether doing so will make them happier or more satisfied in the long run is an entirely different question.

NS: Perhaps it boils down to whether or not the seeker’s personality is subject to significant change over time.

S: Good point. If the notion of “once a seeker, always a seeker” is true, then increased stability or commitment may actually prove problematic. However if their core personality changes or moderates with time, then more commitment or stability may eventually be welcomed by the seeker.

NS: I suppose this is similar to other debates, such as whether individuals prone to infidelity can ever find contentment in a long-term, monogamous relationship.

S: That’s right. And what we often find is that such individuals aren’t wholly satisfied with either monogamy or singlehood. Instead, they want the best of both worlds: the emotional support and friendship of a long-term relationship and the novelty and excitement of non-monogamy.

NS: Perhaps seekers are similar, searching for the right mix of novelty and stability.

S: Indeed. While it is easy for us to talk about novelty and stability in an “either-or” fashion, the truth is we all want some measure of both. Thus, all we can accurately say is that seekers generally prefer more change or novelty than non-seekers. On the Big Five personality taxonomy, seekers are apt to score higher in extraversion and openness as well as lower in conscientiousness. On the Myers-Briggs, they often prefer extraversion (E), intuition (N), and perceiving (P). These personality preferences can be associated with a proclivity for open-ended seeking and exploration.

NS: Do you think seekers are better off embracing their seeking tendencies or trying to outgrow / overcome them?

S: Again, there are too many variables involved here to provide a simple answer. One thing we must acknowledge is there are numerous ways of experiencing both stability and novelty. For instance, a seeker might have a relatively stable career but markedly less stability in her relationships. Thus, instead of talking about outgrowing seeking generally, we might want to focus on specific areas and consider their impact on overall life satisfaction.

NS: Are seekers concerned about having a guiding principle or ethic for living?

S: Of course. In fact, for many seekers, clarifying their core values or “philosophy of life” is their foremost concern. They feel that getting a clearer sense of who they are and what they believe is central to their quest. This ties into your earlier question about seekers living an empty or superficial life. Namely, there is a real part of the seeker that strives for substantive ideals and principles, including developing a clear identity, worldview, and life purpose. However, this understanding rarely comes easily due to seekers’ propensity for doubt and indecision, as well as their openness to alternatives.

NS: Do seekers ever worry that life might pass them by before they manage to wholeheartedly commit to something substantial?

S: Undoubtedly. This concern is worsened by the fact that most cultures don’t consider seeking an honorable profession in life, especially in the long-term. Presumably, it is too difficult to maintain a productive and structured society if individuals are encouraged to act in consistently unpredictable ways. These social forces may pressure seekers to stop experimenting and to embrace a more conventional role or lifestyle.

NS: Can you tell me more about how seekers might combine stability or commitment with their seeking endeavors?

S: Sure. All seekers prefer to establish at least some measure of grounding which can take any number of forms. Many seek social / emotional grounding through friendships or romantic relationships. Most also work to establish some form of material grounding, such as having a regular job and residence. Finally, seekers strive for psychological, moral, or spiritual grounding through the clarification of their beliefs, values, and principles.

NS: Does the type of grounding a seeker focuses on relate to his or her personality type?

S: In some respects, yes. All human beings need a minimal level of physical (S), ideational (N), social / emotional (F), and logical (T) grounding as a prerequisite for psychological wholeness. With that said, it is typically the inferior function that we are most concerned with losing contact with. We are thus compelled to invest ample time and energy, even unwittingly, to ensure that its basic needs are met. In regard to the seeker personality types (predominantly “NP” types), the ENFP and ENTP types are careful to ground themselves in their inferior function, Introverted Sensing (Si), by connecting with established traditions (e.g., religion) or their physical body (e.g., yoga, meditation). They may also develop certain routines or habits that provide a sense of grounding and regularity in their lives. The INTP type, whose inferior function is Extraverted Feeling (Fe), typically aims to preserve a minimal level of social support, often through a romantic partnership, as a safeguard against the sense of meaninglessness that may arise from social isolation. Finally, the INFP strives to remain connected to Extraverted Thinking (Te) through her career activities or by working to impose order / organization on her life and surroundings.

NS: Very interesting. While in some respects I feel we’ve only scratched the surface of this topic, I think you’ve offered a number of insights and observations for me to chew on.

S: I’m glad you enjoyed our discussion. Let’s talk again soon and see if there’s more we can uncover.

If you’re a seeker looking to clarify your self-understanding, life path, career direction, etc., we encourage you to explore our online course, Finding Your Path as an INFP, INTP, ENFP or ENTP: