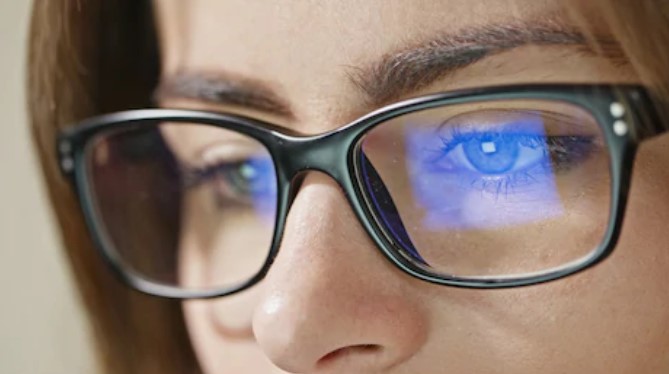 Many of us look back on our childhood—a time of unencumbered play, wonder and innocence—with a sense of fondness and sentimentalism. Faced with the myriad stresses and difficulties of adulthood, we find respite in recalling the days of our youth when life seemed so much simpler.

Such conceptions of childhood evoke the age-old “ignorance is bliss” notion, which suggests that life is better when we are somehow unaware of, or remain shielded from, its difficult realities. On this view, knowledge is the nemesis of happiness, meaning we are better off persisting in the darkness of childhood than exposing ourselves to the harsh light of adult life.

Considering the many challenges that knowledge introduces, its centrality in the Garden of Eden myth is no coincidence. There, we learn that Adam and Even were presented with a choice between persisting in a state of naive innocence versus becoming privy to a certain type of knowledge. According to the story, they chose the latter and found life instantly harder—replete with sin, toil, conflict, and death. We’re also told that they were banned from re-entering the Garden, suggesting that once their eyes had been opened, they could never return to their prior state of naivete and innocence.

In many respects, we all reenact the Eden story as we make our transition to adulthood. While there may be times when we long to return to our childhood Eden, most of us decide this is not a viable option. So rather than clinging to an irretrievable past, we do our best to confront the realities of adult life, even if furtively hoping for a brighter future.

After severing ties with the garden of our childhood, we discover that life is messy, complicated, ambiguous, and uncertain. We encounter conflicting needs and desires within ourselves, as well as between people, groups, and nations. We learn of flaws and shortcomings in ourselves and the world around us. As depicted in the Eden account, we become disquietingly aware of the imperfect state of things, which may contribute to feelings of guilt, pain, sadness, fear, and anxiety.

However weighty the burdens of adulthood may seem, there’s something in us that impels us to keep trying and remain hopeful. Some have called this “the will to live.” Others have suggested that human beings are not only animated by a will to live, but also to thrive or flourish.

One contributor to our survival, psychologically (and also physically insofar as survival depends on our psychological functioning), is what are known as defense mechanisms. According to Wikipedia:

In other words, to the extent that we employ defense mechanisms, we can be seen as unwittingly lying to ourselves to reduce anxiety which, in turn, may aid our survival. Simply put, these self-deceptions allow us to feel sufficiently safe in order to continue going about the business of life.

For some personality types, however, especially intuitive introverts (i.e., INTP, INFP, INTJ, INFJ), psychological defenses are generally frowned upon because they obscure the truth of how things really are. Extraverted (E) sensing (S) types, by contrast, are typically less concerned with deep psychological phenomena such as defense mechanisms. They are too busy living life to get bogged down in esoterica.

If defense mechanisms can successfully keep psychological disruptions at bay and promote, say, greater productivity and optimism, can we really blame extraverted sensing (“ES”) types for their hands off approach? Even if defenses aren’t perfect, if they keep us going and help us put food on the table, then they’re clearly worth something.

In response, an intuitive introvert (“IN”) type might contend that any form of self-deception, even if expedient in the short-term, may ultimately lead to bigger problems. Examples:

Granted, certain lies and delusions on the societal level (e.g., denying global warming) arguably pose a greater threat to our physical survival than those pertaining to our personal lives. While we may fail to thrive as a result of blindness to our own psychological reality, in most cases, we will survive. Consequently, it is usually only individuals concerned with thriving and discovering deeper truth who insist on dispensing with illusions and defenses; again, such persons are usually introverts and/or intuitives.

IN types see knowledge as a bridge to, or a foundational component of, human thriving. They also believe that their knowledge is never complete and thus requires ongoing learning and exploration.

But why do IN types place so much faith in discovering truth and acquiring knowledge, especially when doing so brings them face-to-face with more pain, ugliness, and imperfection?

In large part, the successful track-record of science, which is rooted in knowledge and careful observation, has demonstrated to IN types that we have the power to understand and shape our own destiny, including our subjective well-being. Consequently, we now approach our minds much like our cars, analyzing their parts and processes to ensure they are functioning optimally. And while our investigations can reveal plenty of ugliness (e.g., broken parts), they can also help us fix what is broken and, in turn, pave the way to thriving.

There is a potential hang-up, however, which is that thriving not only requires healthy psychological functioning as an individual, but also as a collective. So if an otherwise healthy individual finds herself in a dysfunctional family she may be deterred from, or perhaps even marginalized for, attempting to acquire the insight needed to thrive. We see something similar in television police dramas, where the investigations of savvy detectives reveal webs of scandal that require endangering their lives to expose and prosecute.

Furthermore, many people seem disposed to assume that normal or conventional behavior, which includes the employment of defense mechanisms, is healthy behavior. IN types know this is often not the case. At one point in history, for instance, cigarette smoking was very much the norm, but we now know unequivocally of its health dangers. In the same way, much of what is considered normal in the United States is unhealthy—psychologically, physically, ecologically, and otherwise. Moreover, there is a great deal of truth being repressed, denied or downplayed in order to perpetuate these unhealthy norms. It is therefore unfortunate that individuals who aim to bring the truth to light—to expose our errors and lies—are often dismissed as crazy or overly pessimistic. As Al Gore rightly observed, some truths (as well as their messengers) are just too inconvenient for us to abide.

This illustrates the fact that psychological defense mechanisms not only play out on the individual level, but also the societal level. In the same way that certain psychological truths are repressed by the individual, the voices of IN types, who together comprise little more than 15% of the U.S. population, can easily be drowned out or obfuscated by majority opinion. In many respects, INs function as the subconscious of society, constantly fighting to break through societal resistance in order to reveal insights needed for growth, thriving, and, in some cases, even our collective survival.

“Defense mechanisms not only play out on the individual level, but also the societal level.”

That said, we must also recognize that the ideas and insights IN types bring to our collective consciousness aren’t in and of themselves sufficient. We also need extraverts to disseminate those ideas, to bring people together, and to make things happen. If IN types bear the burden of analyzing and critiquing society, extraverts are responsible for listening and implementing the necessary corrections.

We have now come full circle and are ready to tie up some loose ends. Early in our discussion, we contrasted knowledge seekers (IN types) with those who may ignore certain truths for the sake of convenience or productivity (ES types). We also observed how repressing truth by way of defense mechanisms may, at least in some instances, improve our odds of success and survival. Indeed, there are many jobs and circumstances under which taking action is more advantageous than extensive reflection or deliberation. Consequently, if all types were disposed to deep reflection and analysis in the manner of INs, many of our collective needs would go unmet.

With this in mind, it clearly seems inappropriate for IN types to characterize those less concerned with acquiring deep knowledge as ignorant. The most appropriate contrast is not knowledge versus ignorance, but reflection versus action. Viewed this way, we give all types their due, without creating a “my type is better than yours” sort of scenario.

One problem we do run into, however, is when individuals forsake the natural role of their type and proceed to co-opt the roles of other types, such as when ES types embrace IN roles and vice-versa. Not only can this lead to personal burnout, but in many cases, it fails to serve our collective health. And because IN types are most apt to recognize and understand this problem, one which is largely explainable in terms of the inferior function, they must do their best to admonish others of its mechanisms and pitfalls.

If you’re an intuitive (N) perceiving (P) type and would like to better understand your personality, identity, life purpose, career path and more, be sure to explore our online course, Finding Your Path as an INFP, INTP, ENFP or ENTP: