In my previous post, The Societal Role of Intuitive Introverts, I suggested that INTP, INFP, INTJ, and INFJ types function as the subconscious of society. They reveal overlooked or suppressed truths that can point the way to more ethical, rewarding, or sustainable ways of living. By showing us what we’re missing or how we’ve gotten off track, intuitive introverts function as catalysts of cultural change and evolution.

In many ways, the process of individual development is not unlike cultural evolution. We encounter new information, be it from within (e.g., self-insight) or without (e.g., culture), which, if accepted and integrated, can inspire real and lasting change. Just as cultural consciousness has been transformed over the course of history, our personal consciousness evolves as we assimilate new experiences and insights.

Integrating new information and perspectives involves an expansion of consciousness. According to Jung, the more material we integrate into consciousness, the more capable we are of experiencing and understanding the greater Self. Thus, Jung believed that remaining open and receptive to subconscious insights was critical to psychospiritual betterment.

There are limits, however, to the amount of new information we can process at one time. Too much can overwhelm us and may therefore fail to spark change. Moreover, the conditions must be right for us receive and make good use of an insight. Just as we must learn the alphabet before we can spell, there are certain prerequisites for our psychological development as well. As discussed in my book, The 16 Personality Types, personality type development typically commences with the dominant function and proceeds downward through the functional stack, with the inferior function being the last and most difficult of our four functions to develop.

Because culture endures across generations, its knowledge and consciousness can expand indefinitely. And since this knowledge isn’t passed along biologically, individuals must “catch-up,” developmentally speaking, to the current level of cultural consciousness. While much of this gap between individuals and culture can be bridged by education, certain cultural ideas may be resisted when they come into conflict with the individual’s personality preferences. In this post, we will explore one example of this. Namely, we will examine some of the conflicts and challenges thinking (T) and feeling (F) types may experience in a culture that emphasizes what I will call role fluidity. We will also consider how our level of type development influences the types of roles we are willing to adopt as well as our political sympathies. 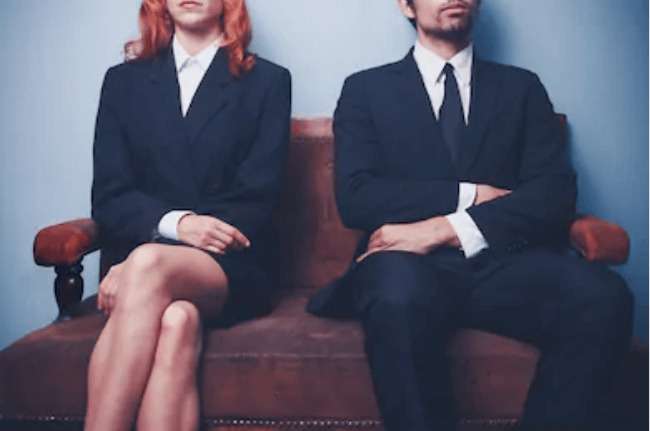 In using the term role fluidity, I am referring to the cultural belief that thinkers should be able and willing to assume the roles traditionally carried out by feelers, and vice-versa. The push for gender equality is an obvious factor here, as is the growing trend toward dual-income households, which has required parents to play both the provider and caregiver roles.

Nevertheless, many couples have been slow to implement role fluidity, in part, because it fails to resonate with their personality preferences. I’ve known a number of ISFPs and INFPs, for instance, who have opted to subsist on a single income in order to stay at home with their young children. Similarly, I’ve known a number of T types who love their work and seem happy to function as sole income providers.

So what’s going on here? Is there an inherent flaw in the role fluidity ideal?

Culture isn’t wrong in having establishing T-F role fluidity as a goal. I agree that, if all goes according to plan, we can transcend our personality type and embrace any number of life roles. However, we can also acknowledge that some individuals may want to exercise the unique strengths of their personality type in a focused or specialized way.

We can further clarify this issue by acknowledging its parallels with type development. As I mentioned earlier, we typically don’t develop all four functions to the same degree at the same time. Rather, there is a developmental sequence, in which certain functions differentiate and develop earlier than others. It often isn’t until later in our type development that we can competently alternate between several functions. So while we expect a capacity for T-F role fluidity to authentically emerge as a product of type development, it can take time, especially for dominant thinkers (INTP, ISTP, ENTJ, ESTJ) or dominant feelers (INFP, ISFP, ENFJ, ESFJ).

Granted, many proponents of role fluidity don’t see it as something that requires years of personal development, but instead consider it a moral imperative that should be universally embraced in order to ensure fairness and equality. They may also downplay the existence of inborn personality traits, seeing personality as a fluid product of environmental shaping. Thus, as cultural conditions and ideals shift, it is assumed that individuals can and should change accordingly.

To a certain extent, it is true that culture leaves its stamp on our attitudes, beliefs and behaviors. It is also true that in cases where cultural beliefs fail to resonate with our personality, we may resist them, at least until we’re ready to adopt them.

So should we dive headlong into role fluidity from the outset, or should we remain open to type-specific roles? Culture, especially in urban areas, may nudge us toward the former, while our personality type may at times vie for the latter. Although immersing ourselves in a variety of roles may lead to an expansion of our personal competencies, it may also contribute to feelings of dissatisfaction and inauthenticity, not to mention personal burn-out. Thus, for some individuals, developing a narrower set of skills in early adulthood, such as those associated with their dominant and auxiliary functions, may be preferred over attempting to simultaneously develop and integrate the less conscious functions (see our post, Two Paths to Type Development, for more on this).

Understanding the structure and stages of type development can also shed light on the historical beliefs and values of the political parties. The political Left, which in the U.S. is sometimes called progressivism, is always pushing to expand and diversify our moral consciousness, including advocating for role fluidity. As we’ve seen, this can be associated with an advanced stage of type development, one which some people may fail to reach until later in life. By contrast, the political Right has largely defended traditional T-F role distinctions.

If our hitherto analysis is sound, both of these political perspectives have their own utility. The Right, in recognizing the realities of an earlier stage of development sometimes called differentiation, might be seen as providing a useful model for individuals aiming to employ and develop a specific set of strengths and competencies.

The political Left helps us envision a future where we are developed enough to transcend narrow role identifications. Its critique of fixed or pre-defined roles is also understandable, as fixed roles have not only been historically associated with bias and discrimination, but have limited opportunities for those wanting to explore alternative paths.

Individual type development can be seen as mirroring some of the broad phases of psychological and social evolution in Western culture. This includes a gradual expansion of consciousness to incorporate new attitudes, perspectives, and functions, allowing for greater comfort and competence in a variety of roles.

This doesn’t happen overnight, however, but occurs in multiple stages across the lifespan. These observations can further our appreciation of individual differences, as well as the respective emphases of the political Left and Right.

To better understand your personality, identity, life roles, career path and more, be sure to explore our online course, Finding Your Path as an INFP, INTP, ENFP or ENTP: 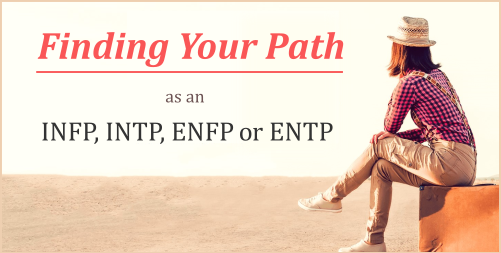 The Societal Role of Intuitive Introverts