The path to human happiness is no longer a matter of mere opinion or speculation. Over the last few decades, psychological and neuroscientific research has shed much light on what makes us happy and satisfied.

One contributor to happiness is a higher IQ, at least to a certain extent. One study demonstrated, for instance, that people with IQs between 120 and 129 were most likely to report being “very happy.” Personality factors also play a contributory role. Studies employing the Big Five personality framework suggest that individuals who are more extraverted and conscientious have higher levels of life satisfaction and well-being.1, 2 Or, in Myers-Briggs parlance, happier individuals tend to prefer extraversion (E) and judging (J).

A less commonly discussed, but nonetheless important factor in the happiness equation, is executive control, which is also known as executive functioning. According to Wikipedia:

Executive functions are a set of cognitive processes—attentional control, inhibitory control, working memory, cognitive flexibility, reasoning, problem solving, and planning—that are necessary for the cognitive control of behavior: selecting and successfully monitoring behaviors that facilitate the attainment of chosen goals.

Executive functioning positively correlates with IQ, presumably because both depend on working memory. However, some high IQ individuals exhibit relatively poor executive control, such as those with ADD or ADHD.

Besides its contributions to IQ, how else might executive functioning make us happier? Research suggests that it plays an important role in mitigating anxiety, depression, and mind wandering. With respect to the latter, happiness researcher Matt Killingsworth reports:

People’s minds wander a lot. Forty-seven percent of the time, people are thinking about something other than what they’re currently doing…When our minds wander, we often think about unpleasant things: our worries, our anxieties, our regrets…We found that people are substantially less happy when their minds are wandering than when they’re not, which is unfortunate considering we do it so often. Moreover, the size of this effect is large—how often a person’s mind wanders, and what they think about when it does, is far more predictive of happiness than how much money they make, for example.

Mind wandering stems from a lack of executive / attentional control.3 Thus, improving executive control can make us happier by keeping our thoughts, as well as our emotional reactions to our thoughts, in check. For similar reasons, it can help curtail anxiety. Meditation, including a form of meditation known as mindfulness, has been shown to significantly reduce anxiety by augmenting executive control.4 Meditation-derived improvements in executive control can also ameliorate depression through reductions in ruminative thinking.5 Due to its proven effectiveness in improving executive functioning and subjective well-being, meditation can no longer be viewed as merely an “alternative therapy,” but is quickly becoming a mainstream health recommendation. Western medicine is finally recognizing the profound value of mind-body practices embraced in Eastern cultures for millennia. 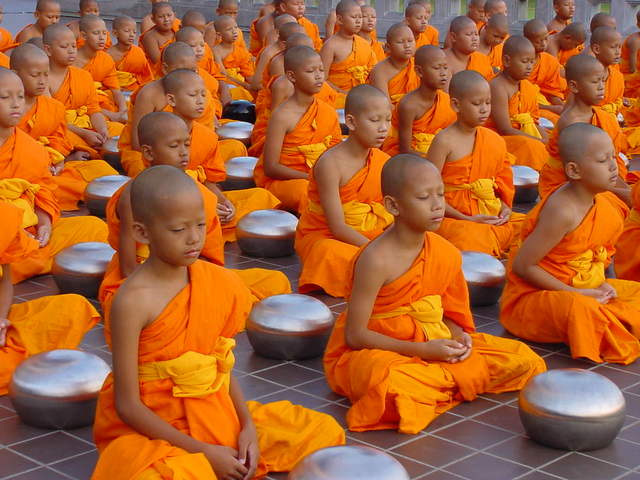 The Experience of Executive Control

Those with higher measures of executive control typically report feeling more calm, centered, and emotionally stable. Their sense of centeredness helps them weather life’s storms with greater poise, confidence, and resilience. They feel less rushed and anxious, which allows them to more readily appreciate the subtle pleasures of life.

Executive functioning also enhances focus and helps us tune out distractions. Focus increases the likelihood of becoming deeply absorbed in a flow state, which psychologist Mihalyi Csikszentmihalyi considers the most satisfying type of human experience. In my book, The 16 Personality Types, I conceive flow as the experience of integration; it is what we experience when our personality functions are operating in a seamless and optimally orchestrated fashion.

Executive control also overlaps significantly with self-control. Self-controlled individuals exhibit the ability to delay gratification, develop effective habits, overcome adversity, and consistently work toward their goals. Rather than being enslaved to their moods or impulses, they operate from a higher state of consciousness, one which is less reactive and more balanced and considered.

In light of the above, it comes as no surprise that those with greater executive functioning tend to report higher levels of happiness, well-being, and life satisfaction.

Generally speaking, individuals with a Myers-Briggs judging (J) preference exhibit stronger executive control than those with a perceiving (P) preference. But as we’ve seen, non-personality factors, such as IQ, also contribute to executive control. One might therefore suspect that higher IQ individuals may not only be more likely to type themselves as intuitives (N), but also as J types. The latter seems particularly likely among introverts, who tend to be less afflicted with attentional deficits than EP types.

P types with strong executive functioning are apt to appear more focused, poised, intelligent, disciplined, and self-assured, making it harder to distinguish them from J types. They are likely to score higher on the Big Five’s conscientiousness scale, which measures things like self-efficacy, achievement, self-discipline, and cautiousness. This can make it difficult to determine whether someone like president Obama is an IJ type, or an IP type with high levels of executive control (no pun intended). The interplay of personality with others factors, such as intelligence and executive functioning, has long served as a thorn in the side of personality researchers.

While it may seem a bit unfair that J types are often endowed with greater executive capacities, a mountain of psychological research indicates that executive functioning can be enhanced with practices like meditation. This may explain why P types, especially NPs, are commonly drawn to meditation. They realize that reducing anxiety and improving their executive functioning are prerequisites to optimizing their performance and achieving their goals.