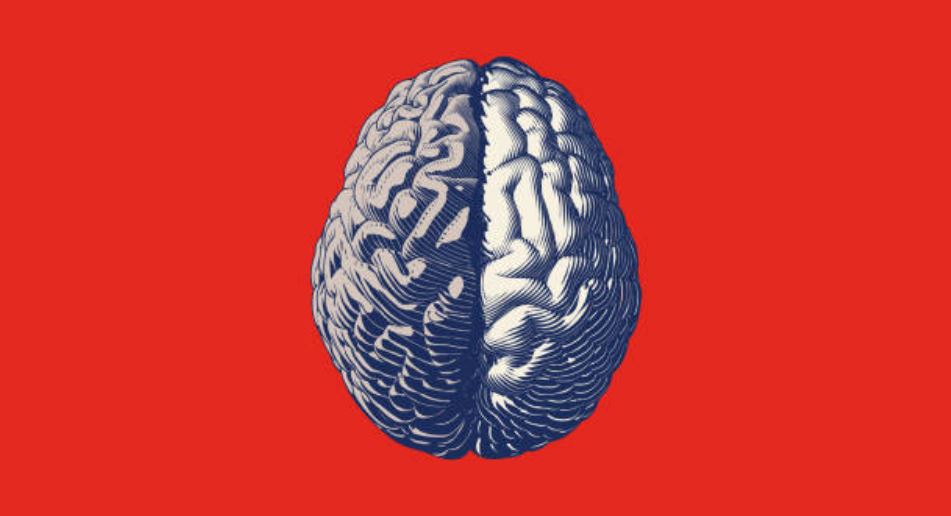 If you asked the average person to define the terms Introvert and Extravert, you might hear something like “Introverts are shy and keep to themselves” and “Extraverts are social butterflies.” While these conceptions are certainly useful and often hold true, Carl Jung espoused a different, and in my view rather interesting, perspective on Introvert – Extravert differences.

Introversion, for Jung, involves directing one’s interest and attention inwardly, while Extraversion entails an outward orientation. Moreover, the target of the Introvert’s gaze is the self or subject, whereas external objects or persons capture the attention of Extraverts. Hence, Jung’s Introverts are characteristically introspective—attuned to their inner world—whereas Extraverts can be seen as extrospective—drawn to externalities. We might thus expect Introverts to exhibit more self-awareness and Extraverts to be more aware of what’s happening with others and the outside world.

Somewhat later in his theoretical development, Jung concluded that all Introverts weren’t attuning to the same things. Some were paying more attention to their thoughts (T), others to their feelings (F), others to their sensations (S), and still others to their intuitions (N). He thus proposed four types of Introverts—each utilizing a different function (Ti, Fi, Si, Ni)—along with four Extraverted types (Te, Fe, Se, Ne). Jung’s theory of the eight functions remains a source of fascination for personality enthusiasts to this day.

If we toggle over to the Big Five personality taxonomy, we encounter a rather different view of Introversion and Extraversion. There we find no discussion of Introverts directing their attention inwardly, let alone any mention of eight functions. According to the Big Five, Extraverts are simply more warm, sociable, and assertive, while those low in Extraversion (i.e., Introverts) are socially withdrawn and reserved.

Jungians might thus be tempted to conclude that the Big Five has little to offer them, since so much of what’s interesting about Introversion and Extraversion— inner vs. outer orientation, the functions, etc.—seems to be missing. But if we’re willing to look a little closer and dig a little deeper, we discover that what appears to be absent in the Big Five has, in many instances, simply been assigned to a different category, in this case, to the Neuroticism domain. And since Introverts typically score higher in Neuroticism, developing an understanding of Neuroticism can help us better see how Jung’s conceptions link up with the Big Five.

Neuroticism involves a propensity to experience negative moods, thoughts, and emotions, as well as heightened volatility in one’s emotional landscape. A key behavioral feature of Neuroticism is withdrawal, which is fueled by feelings of anxiety, depression, or self-consciousness. For those high in Neuroticism (often Introverts) these distressing feelings can be exacerbated in social situations, prompting them to withdraw and seek solitude. By contrast, Extraverts with low Neuroticism are apt to perceive social situations as energizing rather than threatening or draining.

But what happens once Introverts have withdrawn into solitude? How might they entertain themselves or find a sense of purpose? One option is for them to look inward—to introspect. This may involve reflecting on how they’re different from others, what they’re passionate about, potential paths for self-improvement, etc. We can thus see how the negative emotions associated with Neuroticism might ultimately lead to a proclivity for introspection:

Granted, introspection isn’t the only choice for solitary or Neurotic individuals, especially since the advent of smartphones and the internet. But for much of human history, it stood as a convenient option for anyone spending significant time alone. Moreover, those who become skilled with introspection eventually discover that they can do it nearly anywhere, making them less reliant on physical withdrawal as their sole means of escape.

In this light, we can better understand Jung’s notion of Introverts being disposed to introspection. Namely, those who frequently seek solitude to ameliorate distressing feelings seem more likely develop an inward orientation.

Implicit in much of Big Five research is the notion that Neuroticism is characteristically dysfunctional and hence undesirable. But if our above analysis is correct, this would also imply that introspection itself is unhealthy. And some researchers have indeed suggested that at least one type of introspection, mind wandering, tends to breed negative thoughts and feelings. According to happiness researcher Matt Killingsworth:

When our minds wander, we often think about unpleasant things: our worries, our anxieties, our regrets… We found that people are substantially less happy when their minds are wandering than when they’re not, which is unfortunate considering we do it so often.

Based on the work of Killingsworth and others, some researchers are now espousing that mind wandering, which is also called “self-generated thought,” is the primary driver of neuroticism. Viewed this way, it’s not only a matter of negative emotions inspiring withdrawal and introspection, but introspection itself fostering negative emotions. There’s a feedback cycle between negative emotions and a mind that gravitates toward negative thoughts and worries: 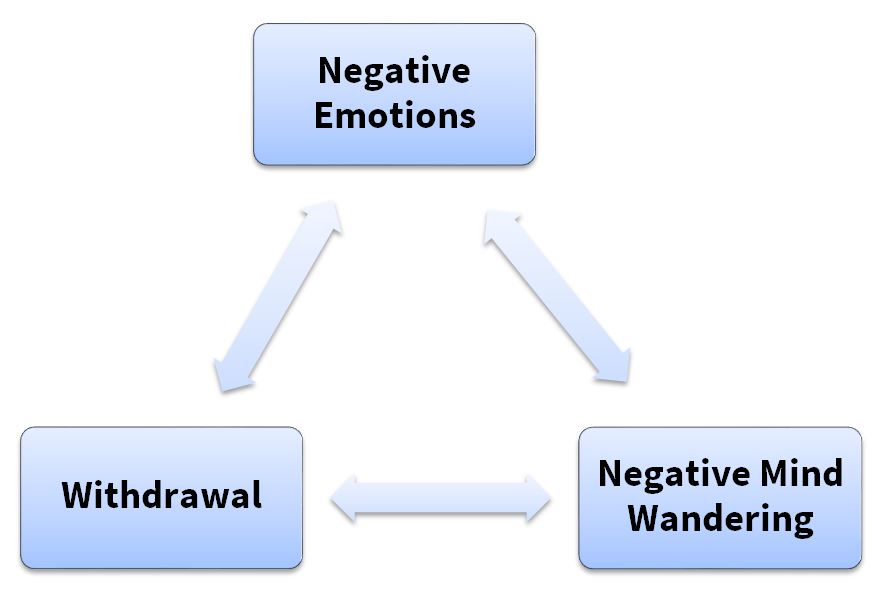 This helps explain why Introverts, presumably more disposed to introspective mind wandering, tend to score higher in Neuroticism and lower on happiness measures than their Extraverted counterparts.

Despite the association between Introversion and Neuroticism, Jung placed Introverts and Extraverts on a level playing field, seeing each as having their own signature strengths. Fortunately, some researchers have followed a similar line of reasoning and are exploring the potential upsides of Neuroticism, including certain creative advantages, which we will now discuss.

Creativity: A Potential Upside of Neuroticism?

In their article, Thinking Too Much: Self-Generated Thought as the Engine of Neuroticism, Adam Perkins and colleagues contend that, whatever its downsides, Neuroticism is not without its perks. The paper begins by identifying the root of Neuroticism as “the tendency to self-generate negatively hued thoughts and feelings.” The researchers go on to suggest that while attending to self-generated thoughts isn’t always pleasant, it may enhance creative problem-solving ability:

It’s plausible that high scorers on Neuroticism should, on average, be more creative problem-solvers than low scorers, because they will tend to dwell on problems to a greater degree than low scorers… a key feature of creative thought is the ability to generate solutions to problems that are distinct from the traditional way the problem is solved.

The capacity to think beyond the current situation explains the vulnerability that Neurotic individuals have for negative thoughts and feelings of an apparently abstract nature.

Taken together with our earlier discussion, there’s reason to believe that both Introverts and Neurotic Extraverts will be more prone to entertaining thoughts and feelings “beyond the current situation.” This propensity, according to the authors, may confer certain advantages with regard to creative or investigative problem-solving. To substantiate this idea, they cite research indicating that depressive states may facilitate analysis of complex problems.

That said, research has also shown connections between Extraversion and creativity. As discussed in my recent post, The Highs and Lows of Being a Creative Personality Type, hypomanic states (e.g, euphoria, racing thoughts) have been linked with both creativity and Extraversion. So it may be the case that the high and low moods experienced by creative types (and those higher in Neuroticism) respectively contribute to different aspects of creativity.

In particular, the lows (more commonly experienced by Introverts) may lead to convergent insight after prolonged engagement with a problem. The highs (more frequent among Extraverts) seem more conducive to divergent creativity, as seen in brainstorming or improvisation sessions. And since Neurotic creatives often swing between high and low moods, they may exhibit both types creativity.

This is not to say that unfettered Neuroticism is always welcomed, much less a guarantor of creative bliss. Whether you’re an Introvert or Extravert, living with negative or frequently changing moods isn’t easy, and effectively harnessing the creative benefits of Neuroticism can feel like walking a tight rope. On the one hand, it’s difficult to be creative if we never attune to our wandering minds. But as this wandering increasingly meanders toward worry, cynicism, or self-loathing, we’re unlikely to reap significant creative rewards. For this reason, additional cognitive strategies may be required to guide the mind toward a creative rather than destructive place. We’ll explore these strategies in future posts.

To learn more about discovering and pursuing your creative path in accordance with your personality type, be sure to explore our online course: Finding Your Path as an INFP, INTP, ENFP or ENTP.