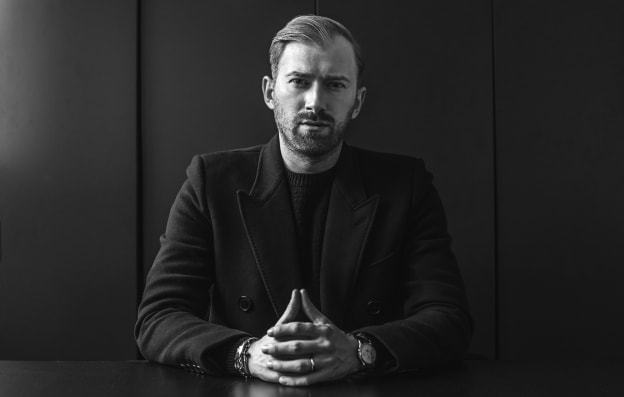 Spotting a Judger is not exactly an exercise in guesswork. Generally speaking, you’ll know one when you meet one. Anytime the phrase “strong personality” is used to describe somebody you can pretty much bet your bean-pile that “somebody” is a Judger; that’s because Judging types tend to show little restraint when it comes to expressing their opinions, preferences, feelings, methods and viewpoints, often irrespective of whether they’ve actually been asked for them. But as types generally known for “putting everything out there”, it’s ironic the degree to which the plight of Judgers (is that a thing?) remains largely misunderstood.

As A.J. details in his book, My True Type, a “Judger” is any of the personality types that exhibits a preference for Extraverted Judging (Te or Fe) ahead of Introverted Judging (Ti or Fi) in the function stack (or, more simply, any type ending in “J”). Judgers are marked by their strong desire to facilitate consistency and order in the outside world—either systematically among objects (Te) or relationally among people (Fe). Unlike Perceiving, which is a divergent process that moves toward plurality, Judging, as a convergent process, tends to narrow in on a singularity, or one best option. This is true for Introverted Judging functions as well as Extraverted Judging functions.

However, when an Extraverted Judging function (Extraverted Thinking (Te) or Extraverted Feeling (Fe)) is being employed and this singular “best option” emerges, it presents itself objectively, as the “best option” for everyone (a byproduct of the Extraverted direction of Judging)—not merely for the Judger himself. This is the organic product of being a Judger since conclusions are typically made with the larger collective in mind. For Judgers, conclusions are rarely conceived of as products of “opinion” (an unequivocally subjective term), but rather objectively, as “facts”, available for anyone to deduce given the same information they themselves are privy to. They therefore expect that their conclusions will more or less be met with unanimity.

(As an aside, readers used to dealing with strong Judgers have likely experienced the almost comical way in which Judgers act genuinely taken aback anytime someone doesn’t see things the same way they do or get on board with their agenda. I can definitively say that this isn’t an “act”; many Judgers truly fail to fathom how it’s possible that others don’t see their conclusions with the same crystal clarity and level of conviction that they do.)

The presumption of unanimity often leads Judgers to push their agenda through unquestioningly, mindless of any individual protestations. Whether real or imagined, the perceived “collective consensus” naturally takes precedence over any individual objection in the mind of the Judger. Keen readers of course will interpret this as a euphemistic way of saying that Judgers have a tendency to come off as a wee bit, well…domineering. This naturally tends to rub some people the wrong way.

Introvert Perceivers (IP types) in particular struggle with what they perceive as overbearing behavior from Judgers since from their vantage point individual concerns (the central focus of IP types) are being steamrolled and violated. It isn’t uncommon for IPs to accuse Judgers of being tyrannical. This is understandable; after all, it’s the job of IPs to protect the little guy and support the underdog—if only for the symbolic purpose of reminding the world that unchecked authoritarianism is unacceptable.

But while the position of the IP type is understandable, so is that of the Judger. People and objects simply do not exist as islands. Some situations, by their very nature, are complex, affecting systems or groups of people and so require large-scale decision-making, whether we like it or not. It is not always practical, or even possible, to survey every potential individual consideration or objection before a decision must be made. Necessity occasionally demands that someone step forward and spearhead large-scale decision-making processes (ideally as democratically as possible).

But here’s the rub: there is a considerable amount of responsibility associated with making pronouncements and decisions for the collective and—when pressed—most people confess that they really don’t want to shoulder that burden. But sometimes it’s unavoidable; have you ever observed what happens when a group of people is trying to make a decision about something (where to have lunch, for example)? Often, everyone will silently look questioningly at each other briefly before fixating all on the Judger, as if to say, “You’ll spearhead a decision for us, right?”

The thing about Judgers, like lawyers, is that everyone loves to hate them until they need one. (And even then, often, it’s only begrudgingly that they agree to rely on them.) I would invite those struggling with a Judger in their lives to reflect honestly on the number of times in which they relied on a Judger for leadership and decision-making when they were uncomfortable doing so and then to see whether it’s possible to feel some measure of gratitude for the times when a Judger bore that responsibility. It’s unfair to turn to a Judger for guidance only to harbor resentment for what is perceived as controlling behavior after the fact. What Judgers know (and will happily relay) is that most everyone has strong opinions, it’s simply that Judgers are more naturally inclined to assert them.

With that said, Judgers bear an additional measure of responsibility beyond the weight of group decision-making. They also have a personal responsibility to ensure that they are being wise Judgers. I’m sure you’re well aware that there is a world of difference between a wise Judger and an immature one; and you’ve most likely encountered both. A wise Judger gathers as much information as is practical before drawing a conclusion. A wise Judger becomes aware of his or her own personal biases and attempts to adjust accordingly before moving forward with a judgment. A wise Judger takes the weight of group decision-making seriously and is capable of experiencing the ramifications of guilt as a result of a decision that negatively affects others. A wise Judger is willing to correct erroneous judgments when he or she has been given new information or proven wrong.

Unwise Judgers deserve the negative press they receive, and Perceivers and Judgers both have a responsibility to quash the tyrannical antics of unwise Judgers by calling their authority into question. However, wise Judgers have a place on the personality spectrum and do play an important role in society. To some extent we all rely on the authority of wise Judgers to help guide us in areas we are less schooled in: doctors, teachers, etc. Hopefully by understanding their worldview and process as Judgers we can be a bit more patient the next time one not so subtly expresses his or her opinion…

To learn more about Judging types, check out our books: