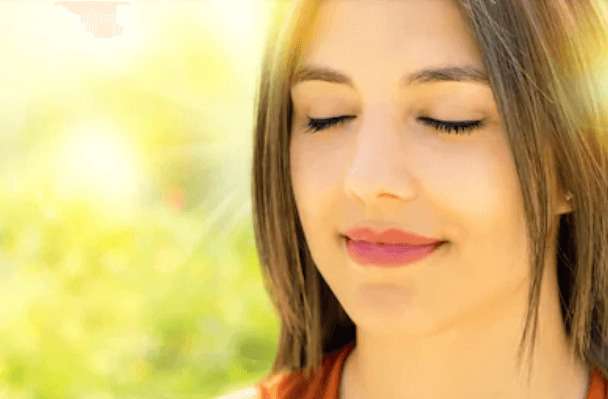 Welcome back! In Part 1 of this post we explored how personality is not simply a static set of character traits and descriptions (as is commonly believed in psychology circles), but rather how, at its core, personality is a dynamic system in which type operates in concert with psychic energy (used here, the word “psychic” means simply “of or pertaining to the mind or psychology” and has no connection whatsoever with telepathy, mind-reading or clairvoyance) providing guidance for how we might harness energy to live more optimally. Using the metaphor of a car, we explained that knowing one’s personality type and its corresponding functions is a lot like knowing the make and model of a car which, however useful, alone cannot tell us much about how to make the car run smoothly. For that information, one needs to look past the list of parts in the owner’s manual, to the instructions for operation—i.e. personality theory—for insight.

In order to do all of the amazing things we’re designed to do and go all of the incredible places we’re meant to go, like automobiles, we require a steady supply of fuel, or energy. And the basic principle guiding human mechanics, like automobile mechanics, is the required conversion of potential energy, or fuel, into kinetic, or mechanical, energy in order to achieve these goals. In psychology speak, psychic energy is the potential energy (fuel) that we draw from and subsequently convert to kinetic energy (action) to help us do exactly that. When used wisely, psychic energy enables us achieve our utmost objective: to get the maximum mileage out of life possible—a beautiful thing.

So what kind of psychic energy is available to us? Basically, it comes in two forms: conscious and unconscious. Conscious psychic energy is a relatively stable energy source; readily available, consistent and reliable, it may burn slow and low at first, but gradually builds intensity as it gains momentum, giving it a regenerative quality. Free and abundant, it’s the solar power of psychic energy. Unconscious psychic energy, by contrast, comes in limited supply. Like fossil fuel buried deep in the ground, its location and scarcity make it difficult to access and costly to extract. Incredibly volatile and highly combustible, it burns hot and fast and, although powerful, its explosive energy is fairly fleeting and not easily renewable.

Personality theory posits that the functions in the function stack are ordered in descending consciousness (i.e. from most conscious to least conscious). Combining this information with what we’ve just learned about conscious and unconscious energy, our dominant function, usually in concert with the auxiliary function, is what provides us with conscious (solar) energy. Conversely, the inferior function, sometimes along with the tertiary function, provides the unconscious (fossil fuel) energy. Being well versed in your function stack means having valuable information about the two types of psychic energy  (conscious and unconscious) that you can draw from.

At Personality Junkie, one of the foremost concerns we hear comes from exasperated readers in the midst of a veritable energy crisis. Commonly expressed as mounting anxiety, frustration and fatigue, these individuals have reached a point of critical dissatisfaction, stopping them cold on life’s path. It’s as if after months, or even years, of driving around with the check engine light blinking ominously, the car finally comes screeching to a halt with a horrible clunk and a mocking “pbfffttt!” of smoke pouring out from under the hood. Evidently cars require maintenance?? …As with so many things, we often aren’t aware of the need for regular psychological upkeep until the metaphorical machine breaks down. Stranded on the side of the road, without a clue about how to fix just what we’ve wrought to warrant a breakdown, we think to ourselves, “Now might be a good time to consult the manual,” and turn to the psychological universe for answers.

If you glean one thing from personality psychology, it should be this, the primary rule governing type theory: the mind ultimately desires a harmonious balance, or equal distribution, of energy in consciousness with all four functions in the function stack. In car speak, it longs to run on all four cylinders. Though never quick or easy, that is the ultimate aim. To that end, it resists our becoming lopsided by over-emphasizing one function in consciousness to the exclusion of others. Often, that means inadvertently being drawn in by our inferior function—the crown jewel of our psychological development symbolizing completion and wholeness. That propensity becomes particularly enticing and increasingly urgent anytime we get the sense that we aren’t reaching our destination fast enough, presumably because we’re not getting the same energy boost we’re used to receiving from our more conscious functions.

Far and away, the prevailing cause of a breakdown is the continued use, resulting in overuse, of a function lower in consciousness—commonly the inferior function. This is the psychological equivalent of burning nothing but our very limited reserves of fossil fuel day in and day out, rather than turning to our sustainable, renewable solar power to carry us through life energy-wise. While may get a huge boost of energy at the outset, it comes at the expense of endurance, making it an inefficient use of energy over the long haul. In other words, it’s costly. As the tank dries up and we press the pedal harder as if to somehow extract miles from fumes, we’re left with the unsettling feeling that we’re running on borrowed time.

By the time we realize we’ve been caught in a bait-and-switch, it’s usually too late. Our conscious energy source has long since given out (or so it seems), and in our greed and haste to reach our destination quickly, we’ve burned all the reserve fuel that might have helped revive or recharge our renewable power source had we been wiser stewards of our energy. Indeed, in these moments it’s hard not to feel as though we’ve been tricked or deceived, as what originally promised so much in the way of life-giving energy has completely evaporated, leaving us empty and with so many miles left to go to reach our destination.

In truth, the original instinct that may have led us to hit the “power boost” switch that is the inferior function in the first place—to help us overcome inertia by giving us something in the way of a small push—is usually a good one, however misguided. Unfortunately, in our enthusiasm over having discovered this incredibly potent power source, what often happens is we forget that the inferior function’s purpose is not to do the majority of the heavy lifting, but rather to jump start our more sustainable energy source (the dominant function) so it can resume its job as the workhorse of the function stack.

The comedy and tragedy of the unconscious is that it rarely, if ever, gives us directions by way of detailed instructions. Instead, it prompts us to do its bidding with little more to go on than one word representations, or simplistic and exaggerated images of its intentions. Like a toddler in his limited vocabulary simply demanding, “juice!”—it’s not at all clear what kind of juice, or exactly how much juice, is being requested. It becomes our responsibility, then, to gather as much information as possible about the machinery and mechanics that we’re working with, so that when the unconscious does offer a simple prompt, we can interpret its request with wisdom and nuance.

Based on the foregoing, it stands to reason that being an effective manager of our psychic energy is a major advantage in life—of getting the best possible mileage out of our journey. That requires being educated on our function stack so that we can make wiser choices about how to utilize our energy. Whether you’re just now noticing the check engine light starting to blink, or have finally come to a grinding halt, feeling broken down beyond repair, the good news is this: your primary, conscious energy source hasn’t left you, it’s still available to you, even if it needs a little TLC. It’s never too late to open up the manual and get it going again. With a little time, knowledge, and effort, you will eventually find yourself driving on all four cylinders.

Using Your Personality Type to Harness Energy (Part I)