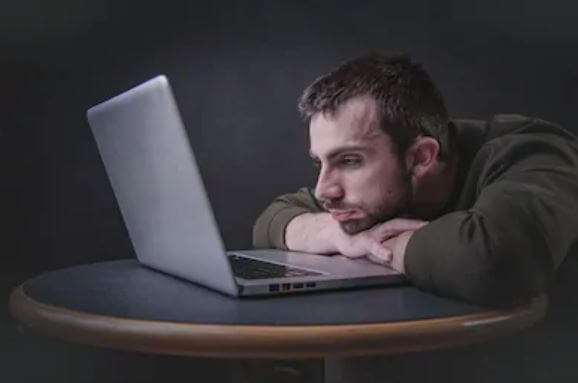 While I may not be the most prolific of INTP writers, I’m not exactly work-shy either, having published four books and over 200 online articles in the last decade. Those familiar with my work will know that I am primarily a non-fiction writer focusing on personality psychology, with occasional forays into philosophy and culture.

Although I’ve only experienced writer’s block a handful of times in my career, this seems to be one of them. So in true INTP fashion, I’m writing in hopes of gaining clarity and insight into this problem. If you’re an INTP who’s feeling similarly “stuck,” perhaps this post will help you as well.

While acknowledging that all writers or artists may share some of the same struggles, the underlying causes of an INTP’s blocks or sticking points will differ in important ways from those of other personality types. Hence, the value of examining these matters through the lens of type.

Creative Achievement: A Product of Inspiration or Habit?

I used to fancy myself a “self-disciplined” person. While this is not entirely untrue, it fails to tell the whole story. The fact is that much of my work has been largely a product of inspiration. I’ve long been inspired to understand myself and others, to experience meaning and absorption in my work, to build my own enterprise, and to earn a living doing what I enjoy. And because my labor is now yielding ample fruit, I wonder if some of my hitherto sources of inspiration are drying up.

That said, this is not the first time I’ve found myself concerned about inspiration. About five years ago I wrote a post entitled, So I Found Myself: Now What?, in which I worried aloud about finding inspiration after one’s journey of self-discovery reaches an apparent endpoint. It’s heartening to know that wasn’t the end of my journey as a writer, as I continued publishing articles, as well as what is arguably my best book to date—The INTP Quest.

It’s nevertheless true that, as one lives and writes, there will be ebbs and flows of inspiration. This inconvenient reality has compelled some writers to renounce inspiration altogether, focusing instead on developing effective habits, such as writing for a set period of time every day.

Truth be told, there’s a part of me that sympathizes with the notion of adopting a habit-based approach to writing. Like other INTPs, such as philosopher Immanuel Kant, I’ve never been opposed to establishing certain habits and routines in my work. I have long realized, for instance, the value of writing first thing in the morning, when my mind is fresh and primed for creative work.

I’m also drawn to the productivity and sense of accomplishment that effective habits can yield. Apparently, the famed novelist Stephen King writes at least 2000 words every day of the year! In all likelihood, King will never look back at his life and conclude that he didn’t actualize his potential as a writer. Rather, he can take pride in the habits he instituted and know, unequivocally, that he fully invested in his craft.

That said, there’s also a part of me that finds the mechanical nature of habit-based approaches a bit off-putting. I guess I worry that treating writing as a habit will result in listless or uninspired work. There may also be a difference between fiction and non-fiction writers in this respect. Namely, I suspect that non-fiction writers have more constraints, most notably, the need to identify and convey truth. If fiction writers are primarily creators, non-fiction writers are equal parts investigator and creator.

For writers or bloggers in the “how-to” genre, the time demands of investigation may be relatively minimal. Detailing the steps of how to change a car tire, for instance, requires little in the way of in-depth research or analysis. One can see how these sorts of writers, many of whom might fit the bill of technical writer, could easily adopt a habit-oriented approach, as each piece of writing assumes a similar step-by-step structure. ISTJ writers, for instance, may well be drawn to this type of approach.

Those engaging in more scientific or philosophical writing, by contrast, typically invest more time in preliminary research or contemplation before putting pen to paper. Granted, some science writing is merely synoptic (e.g., “Here’s what happened in this study…”), but writing that is more critical, synthetic, or theoretic requires more time and forethought. This sort of writer is not merely an investigator-creator, but also a deep thinker. It is only natural then, for his work to proceed more slowly, as he aims to ensure that everything coheres to his standard of logical and theoretical consistency.

As deep and critical thinkers, INTPs should not expect their creative output to match that of other types. Assuming they subject their own work to the same level of critical scrutiny they apply to others,’ we would expect it progress rather slowly. Even Jung recognized this propensity of the introverted thinker: “His work goes slowly and with difficulty.”

That said, it’s also possible for INTPs to be overly critical of themselves and their work. To some extent, this is understandable (perhaps even expected), as INTPs’ dominant function, Introverted Thinking (Ti), is the most critical and skeptical of all the functions. However, Ti criticality can be counterbalanced by their auxiliary function, Extraverted Intuition (Ne), which is arguably the most creatively prolific of all the functions.

Unfortunately, what can happen for INTP creatives is Ti ends up undercutting Ne before it even gets a chance to work. This can fuel feelings of self-doubt, personal failure, and pessimism. Even worse, it deprives INTPs of the opportunity to experience the sense of meaning, flow, and accomplishment that creative work can engender.

In this regard, the proponents of habit may have a point. Namely, there are times when merely engaging in the creative process can lead to a rewarding state of flow and absorption, even if one has upfront doubts about whether this is possible. And if psychologist, Mihaly Csikszentmihalyi, best known for his work on flow states, is correct in asserting that flow is the optimal type of human experience, then maybe effective habits are the most reliable path to satisfaction for creatives.

While I’ve toyed with the idea of approaching my work in terms of the regularity by which I experience flow, I’m not ready to hang my hat on it yet. For me, flow is not sufficient on its own, as there are other major contributors to my satisfaction as an INTP, namely, truth and meaning.

My understanding of meaning, or what is probably better termed transcendent meaning, involves the overall sense of meaningfulness of my life at a given moment. Generally speaking, the most significant factor in my meaning equation is the state of my theoretical understanding and its expression through writing. When things are going well in this respect, my life usually feels quite meaningful, as even mundane aspects of life are infused with meaning through a sort of top-down, trickle-down effect (hence my use of the word, transcendent). When I feel stuck, I tend to experience it as a meaning deficit, one which is resolved by revisiting my theoretical foundations of truth and meaning.

Therefore, regardless of how frequently I happen to be experiencing creative flow, I’m reluctant to relinquish my concern for transcendent meaning. Moreover, I’ve discovered that flow is almost guaranteed if transcendent meaning is present before I enter into a piece of writing. And while flow contributes some measure of meaning in its own right, it may not reach the level of transcendent meaning. So even if some combination of habit and flow could cure my writer’s block, I suspect it wouldn’t be enough to fully satisfy my soul.

Obviously, much more could be said about the role of meaning for INTPs. But for the time being, we will briefly consider how INTPs might deal with negative thoughts that threaten to undermine their creative productivity.

Like other personality types, INTPs can fall prey to a variety of counterproductive thoughts and excuses that may short-circuit their creative efforts. Here’s an example:

I have nothing to say that is new or that others will find valuable. Plus, the internet is already overloaded with people rehashing the same ideas.

In today’s internet age, it’s easy to feel like everything important has already been explored, that “there’s nothing new under the sun,” and that it’s all readily accessible by way of a simple Google search.

While this may be true to a certain extent, this line of thought is rarely beneficial for the INTP writer. For one thing, it’s almost entirely extrinsic in its focus. And while there is nothing inherently wrong with external considerations, INTPs might ask themselves why they are creating in the first place. Upon doing so, most will discover that their primary goals and motivations are intrinsic in nature (e.g., discovery, flow, meaning, creativity, etc.). If this is the case, fretting over externalities would appear to be a poor strategy for achieving their chief objectives.

Moreover, claiming that the internet is “overloaded” is suggestive of a bias toward Ti minimalism and control. If INTPs are willing to grant their auxiliary Ne a stronger voice in consciousness, they will be better equipped to see that, even if some ideas are reiterated across the internet, the manner and context in which they’re presented can significantly affect their impact. Even subtle differences in the way an idea is expressed can dramatically alter its effects on the reader. Simply put, context, details, and subtleties matter. Writers could take a lesson from visual artists in this respect, as the latter are well aware of how subtle details can significantly impact the overall impression of their work.

The notion that the same idea, modified only be its context or readership, can produce widely varying effects, can also reacquaint INTPs who feel stuck with the “chaotic” or “mysterious” side of life. When INTPs listen only to Ti skepticism or pessimism, they fail to open themselves and their work to life’s surprises, which can potentiate a profound shift in their attitude and perspective. Fortunately, tapping into Ne can supply INTPs with the openness, positivity, and curiosity required to find meaning and satisfaction in their creative pursuits.

The “Flow” Experience: The Art & Benefits of “Losing Yourself”